Austrian crane builder Kuenz has secured an order for 20 fully automated side-loaded stacking cranes for the new T3 Baltic Hub container terminal in Gdansk, Poland, that is currently under construction.

The crane structure consists of a double girder gantry with Kuenz's patented trolley, which is equipped with a four-drum hoist with direct outgoing ropes to the headblock. The headblock is equipped with “micro motion”, which allows fine positioning in trolley and crane travel direction. A possible skew is also corrected by this system.  The cranes have a span of 32m and two cantilevers each measuring 8.5m in length. The lifting height is 1 over 6.

The electrical equipment is supplied by systems integrater ABB. Its technology consists of 3D laser systems with cameras that allow loading and unloading automatically in the truck area and the container stack.

“We selected Kuenz and its partner ABB for several reasons, such as their patented hoist and gantry design and tailored automation solution for Baltic Hub. Together with Kuenz, we will take great steps on our automation journey that will increase Baltic Hub’s productivity while helping us achieve our ambitious sustainability targets,” says Mustafa Dogan, technical director at Baltic Hub.

The order was signed in September 2022 and the cranes will be delivered in several phases beginning in early 2024. The final cranes will be completed by the end of 1H 2025. Kuenz plans to go live on the terminal in the second quarter of 2024.

Construction for T3, the third Baltic deep-sea terminal, will be completed by 2025. T3 will include a deep-water quay of 717m in length, with depths alongside of 17.5m and a yard area of 36.5 hectares. In addition, the investment in the terminal will involve the purchase of 20 semi-automated rail-mounted gantry cranes for the container yard and seven new quay cranes capable of handling the world’s largest vessels. 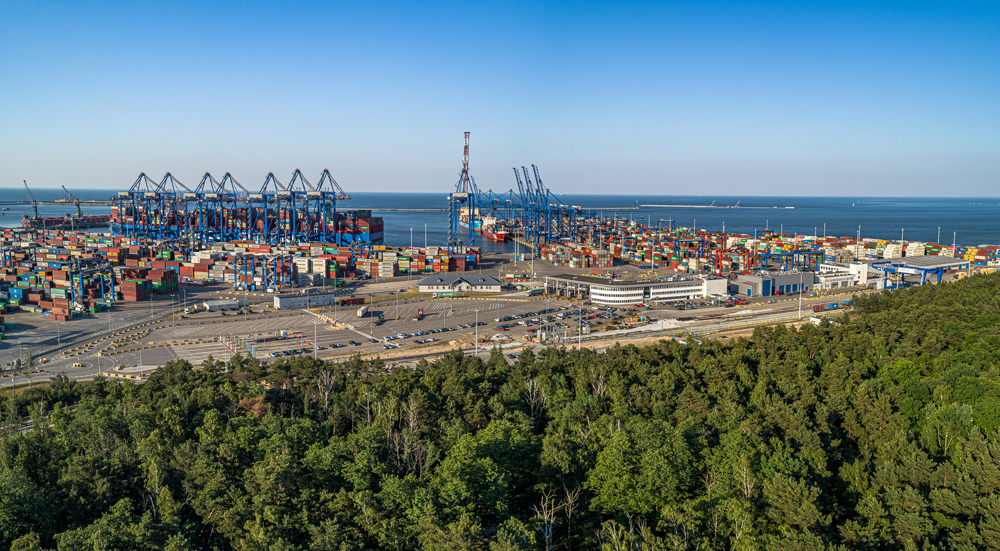