Tributes pour in for Michael C. Liptak Co-founder ALL

Tributes have poured in following the announcement, Michael C. Liptak otherwise known as Big Mike, has sadly passed away aged 91.

The principal architect of the heavy lift equipment rental category and driving force behind The ALL Family of companies founded ALL Erection & Crane Rental in Cleveland, Ohio, together with his wife, Marvine, and brothers Lawrence and Jake, with just a single crane in 1964.

Through the decades, it grew into the largest privately held crane rental company in North America, boasting 33 branches across the continent, a fleet of more than 3,500 cranes, and an employee roster totalling more than 1,500.

At the time of ALL’s founding, most contractors had to purchase and maintain their own cranes. Liptak and his inner circle saw a customer need, bought their own crane, and began renting it. In the process, they created a new category—crane rental—and backed it with hard work, reliable products, and outstanding customer service. In doing so, they laid the foundation for a company that would stand the test of time.

Liptak was a blue-collar guy from a blue-collar city, and he built his business through sweat, time, and a handshake that was his bond. In the world he and his brothers grew up in, nothing came easy, but he wanted to make life a little easier for the working people who relied on heavy lift equipment to do their jobs—because he was one of them.

Up until his final days, Liptak was still involved in daily life at ALL, visiting branches and offering his advice and expertise. He was well known to weigh in on critical—or even seemingly mundane—business issues, because even if he had handed off the mantle of responsibility, he never stopped carrying the weight of his life work. He pushed those around him to be the best they could be. And he could be that type of leader because there wasn’t a thing he hadn’t done.

“Before there was an ALL Crane,” explained Mike’s son, Michael L. Liptak, current CEO and president of the company, “there was a man driving dump trucks in a quarry. He drove truck, operated cranes, fixed cranes when they broke, and saved enough to buy new ones when they were needed. From that foundation, he built everything we know here at ALL.”

Known to many as Big Mike, he never stopped being excited about the basics of the business, perhaps best characterized by the kid-like way he felt compelled to go out and operate any new crane the company had acquired. You can’t keep an operator out of the seat, and Liptak was an operator at heart.

If you met him in a restaurant, casino, or auction, you felt his warmth and fun and kindness pour over to you. If you met the man who built the business, you know he was tough and strong and took creating an industry from nothing seriously. He was serious, and he challenged others to take this enterprise as seriously, simply because he knew it mattered.

“Everything dad did was for the thousands upon thousands for whom he provided jobs over the years,” said Michael. “That was never lost on me or the rest of the second and now third generation family working at ALL. We were all lucky to have the shade of his mighty shadow.”

Michael credits his father’s vision for helping to guide the company to its current success. Always about balance, he knew that steady growth coupled with impeccable quality were the keys to longevity. His instincts proved correct, as the company he founded approaches its 60th year.

Liptak also recalls a driven man who always had time for family. “Everyone here is treated like family – and many actual families make ALL their life’s work. The family feeling extends to our customers and suppliers as well. That all started with dad. He created a place where everyone was welcome, and the sky was the limit as far as advancement. He’s my inspiration, both as a leader and a person. To say he will be missed is a monumental understatement.”

Liptak, his brothers, and his earliest surrounding team worked 100-hour weeks to get the ALL Family of Companies up and running. He was Big Mike and he built North America’s largest privately owned crane rental enterprise with a ton of heavy lifting and workaday sweat.

Michael C. Liptak was preceded in death by his brother Jake, who died last year. 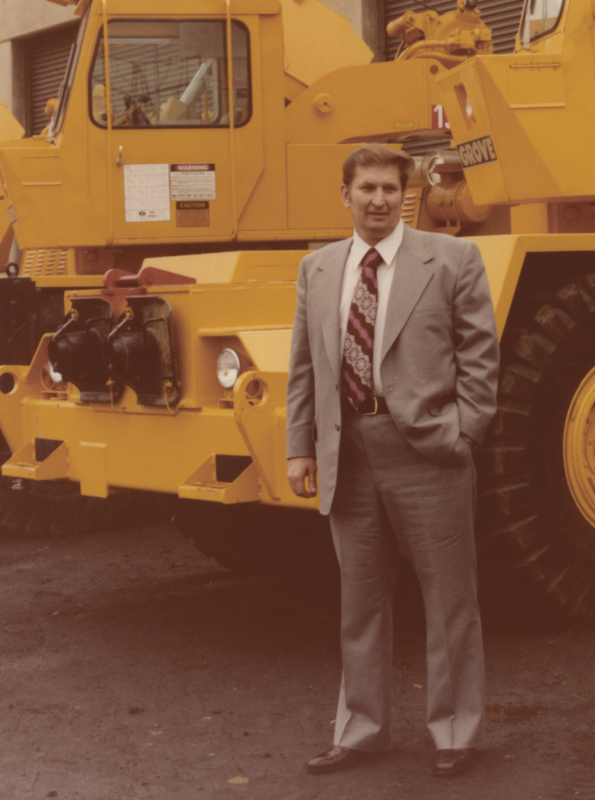