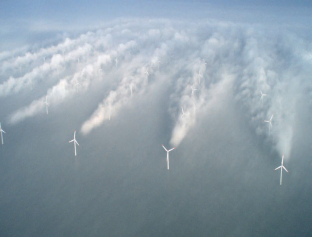 La dolce vita 21 November, 2022 As The Italian Sea Group says goodbye to its historic 46m high gantry crane in Marina Di Carrara, to make way for the future development of the shipyard, Jenny Eagle looks at other news happening across Italy.

How to be safe when using hoists 31 October, 2022 Hoists and hoisting operations have become safer over the years, but accidents still happen and sometimes they can be very serious indeed. Julian Champkin reports.

The cranes lightening the load in the metal production industry 31 October, 2022 Metal production is a core industry and a hard one: temperatures are extreme, loads are heavy and hot or else difficult and hard to handle. Julian Champkin reports.

Raising productivity 31 October, 2022 LiftEx 2022 is back, hosted by LEEA in Aberdeen, October 5-6, 2022. Now in its 17th year, the event will feature 100 exhibitors, over two days, as well as the LEEA Awards and now the biggest ever Lifting Industry careers event.

A royal honour 31 October, 2022 Van Beest Group is celebrating after being awarded a Royal title to coincide with the company’s 100th anniversary.

Plugging the regularity gaps 31 October, 2022 Hoist is delighted to announce the first of a series of guest columns with LEEA to answer your most pressing technical questions each month.

That’s entertainment! 09 September, 2022 The entertainment industry is up and running again after the darkness and closures of the pandemic. But stage riggers are now in short supply. Julian Champkin reports.

AWRF adds new but old name to board of directors
Associated Wire Rope Fabricators (AWRF) has named The Caldwell Group’s director of business development Jeff Ferchen to the board of directors. It represents a return to the AWRF board for Ferchen, who previously served from 2015 to 2017.