Time to speak to the UK industry first-hand

The internet has provided humanity with a great many things, from huge steps forward in research and communication in a wide range of fields scientific and artistic; a revolution in how many business sectors operate; and more funny videos of cats than any right-minded person could possibly want.

It’s also given everyone the chance to broadcast their thoughts—or equivalent—to anyone who will listen, and many who are trying very hard not to. The old adage has it that opinions, because everyone has one, are like a certain part of the anatomy—which, as this is a family magazine, we shall claim is the nose.

The problem with everyone being able to chip in to the discussion is that it becomes hard to know what to believe. One of the things Donald Trump will no doubt be remembered for is popularising the phrase ‘fake news’, which seems to neatly sum up the problem of the current era of mass communication.

On the other side of the Atlantic, the UK government has, on the day of writing, delivered its latest budget. There are encouraging noises regarding manufacturing, although this may of course be partly due to the current pre-Brexit weakness of sterling.

And for every claim from a politician that Britain has a steady hand at the ship, there’s a commentator— either a professional columnist or somebody letting off steam on Twitter—referencing some statistics that suggest that all is not well and that this particular economic ship may be a tanker.

You can prove anything with statistics, they say—and with the Chancellor Philip Hammond recently claiming on national television that “There are no unemployed people” while some estimates put the figure at closer to 1.42 million, it’s easy to see how it can be difficult to get a clear picture of how things currently stand in the UK.

And so, I’m looking forward to my visit to LiftEx at the end of November. It takes place in Telford, which has a strong industrial history, and with several dozen exhibitors due to attend the show, it should prove a great opportunity to get a better idea of how UK industry is really performing, based on the best, most reliable type of information—accounts directly from the people who are involved in the sector.

One of the strengths of overhead lifting equipment is how versatile and widely-used it is—it’s present in a vast range of industrial applications. And so, it offers a useful indication of how the manufacturing sector is performing as a whole.

Equally, I’ll be looking to find out more about the new technologies and products that the exhibitors have been developing and launching in recent months, and the projects they have been working on with customers both domestically and abroad.

And finally, as this is our December issue, I should wish you all happy holidays and a prosperous new year. If you’re looking for predictions for 2018, I’m afraid I’ve read too many conflicting forecasts to hazard any particularly specific guesses—and we have the internet and its many inhabitants to thank for that. 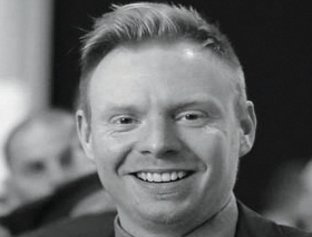