It’s exam time - but what happens after that?

It’s June, and that means a whole host of annual events and traditions will be taking place. Keeping up online with endless sporting competitions, such as the Cricket World Cup, the Women’s Football World Cup, and the Wimbledon tennis tournament, will all distract many a lesser editor from doing their job. It’s officially the start of the British summer, so it’s rained here for about nine consecutive days and I’ve got a cold. And for those at school and aged 16 or 18, the end of the academic year brings the promise of an early summer holiday — although only after exams have been negotiated.

From what I remember of my GSCEs and A Levels— and they were, unfortunately, an increasingly long time ago—there was a lot of preparation and a lot of importance placed on the exams. Understandably so, as many job roles still demand C-grade GCSE English and Maths as basic entry requirements, and for those sitting A Levels and looking to then go on to university, getting a place at their first-choice institution is usually dependent on achieving a predetermined set of grades.

There was, however, a lack of attention paid to what we were supposed to do after the next step. When we were around 15 we answered some questions via a computer programme designed to advise us on our possible career paths—as far as I recall, it recommended that I become a gardener, which would have been enjoyable but is quite far removed from my chosen profession. Studying at York University, the course focused solely on the subject—English Literature—rather than what I might do with my degree once I’d completed it.

It’s a difficult balancing act, of course. By making education narrowly-focused on a vocational endgoal, it may make it more difficult for those students planning to move into further education to then bridge the gap. And, students may miss out on the personal benefits of subjects such as the arts.

But, focusing purely on education for education’s sake can also cause problems. Now more than ever in an increasingly competitive world of work, schoolleavers and graduates need skills that will help them secure a job. And, with some students less academic than others, the experience of taking exams in unfavourable subjects can seem like an unnecessary cause of stress, and can even put people off from studying for more skills in the workplace in later life.

I was pleased to hear, then, that the Lifting Equipment Engineers Association (LEEA) have launched Think Lifting, a scheme designed to introduce schoolchildren aged 11–13 to the lifting industry. This sounds like a sensible approach and a good middle ground, giving students some idea of ultimately why they’re studying and helping them to start thinking about future careers, without limiting the scope of the existing curriculum.

You can read more about the other plans that LEEA has for this year—its 75th anniversary—in this issue, in a comment piece from CEO Ross Moloney. 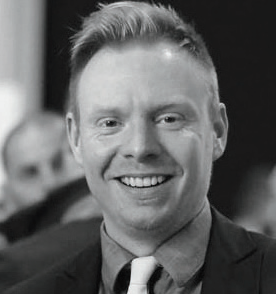