Always a better visit when the forecast is good

I attended the previous iteration of Promat in Chicago back in 2017 and my enduring memory of my time in the city, outside of the McCormick Place exhibition halls, was pouring rain.

Being a Brit, this of course made me feel right at home, and I felt a glow of smug satisfaction as I unpacked the umbrella I’d brought with me in my suitcase. It was not, however, conducive to seeing much of Chicago’s famous cityscape.

This time round, though—having recently returned from the 2019 edition of the show—the weather was remarkably clear, sunny and temperate. From the 40th floor of the hotel I was in, the views out over Lake Michigan as the sun rose—I took the approach of staying as close to UK time as possible, to minimise jetlag, which meant getting up just before 5am each day—were pretty spectacular.

I was also able to walk to McCormick Place in the sunshine each morning, heading south along the east coast of the lake. It was a great viewpoint to take in a panorama of the city’s most imposing buildings, as well as being a good way to kick off the day—following a breakfast that included something called ‘tater tots’, which turned out to be effectively small, cylindrical hash browns.

Anyway, that’s enough of the weather report and amateur travelogue—the other particularly pleasing aspect of my visit to Promat was the general positive outlook in the industry.

Having spoken to several exhibitors at the show— and if I didn’t manage to make it to your stand before my flight back to the UK, please do get in touch and let me know the details of what you were exhibiting, and how the show went for you, ahead of our forthcoming show report—there was a lot of positive feedback on how the US market is performing.

It sounded like 2019 may have slowed ever so slightly, but that’s because 2018 was a very strong year for many of the manufacturers and service providers in the North American region.

The strength of the market is partly driven by, one exhibitor told me, the capital freed up by tax relief measures implemented a little while ago. There was a lag effect on these additional funds becoming available to end users to invest in lifting equipment, and indeed other areas—as many companies had already finalised and implemented their budgets for the year when the tax relief measures were introduced, it was not until the next round of budgets were calculated that the extra money was confirmed and could be started to be spent.

Even the exhibitors towards the back of the hall seemed happy, and as something of a veteran of trade shows I can tell you that this doesn’t always happen—there are often complaints from those with booths along the back wall and in the far corners that footfall and passing trade is low.

Not this time, though—the show was buzzing with attendees, no doubt a further reflection on the current level of activity in US industry. 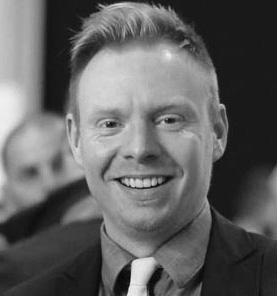