Spain-based Jaso has supplied a 250t-capacity liquid steel ladle handling crane to the ArcelorMittal plant in Differdange, Luxembourg. The crane is now working at full capacity in the manufacture of steel sections.

The crane was manufactured by Jaso premises using 275 tonnes of steel with the S275JR and S355J2+N grades, with thicknesses of between 10mm and 20mm.

According to Jaso, the transport of the crane from the company’s manufacturing plant in Spain to Luxembourg was planned down to the last millimetre. The bulkiest components—four girders and two winches—were transported by sea from the port of Bilbao to the port of Antwerp, and then by land using special vehicles from Antwerp to Luxembourg. All other parts were shipped via road.

The order is the latest of a relationship between Jaso and ArcelorMittal dating back to the 1970s. 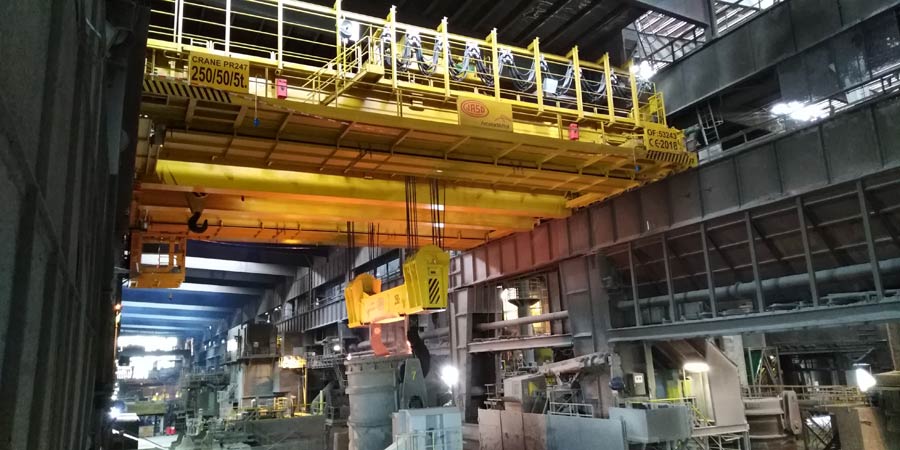