Sake brewery Umenoyado, which is celebrating its 130th anniversary this year, built a new facility in Katsuragi city, Japan, last summer and had a Kito light crane and hoists installed on the production line.

To make sake, rice must be washed and soaked, with the volume of water used in the process and soaking time – measured by the second – dependent on the rice variety, ambient temperature and humidity, the brewery explained.

When the rice is ready to move to the next process – steaming – it is quickly lifted using Kito’s chain hoists and drained.

Next, the steamed rice and koji (fermentation starter) are fed into the brew tanks. The old Umenoyado building was not engineered to support a crane, meaning that brewers had to divide 200kg of sake ingredients into 10kg units that each took three people to carry, taking half an hour of work time for each load. The crane in the new brewery substantially improves the efficiency of the brewing process, reducing the loading time to less than ten minutes for just one worker.

With steam present and rising to the ceiling, the hoists are designed to be rust-resistant. They are also made to food-industry specification, and even a food-grade lubricant is used, which does not affect the human body should it be consumed after coming into contact with food. 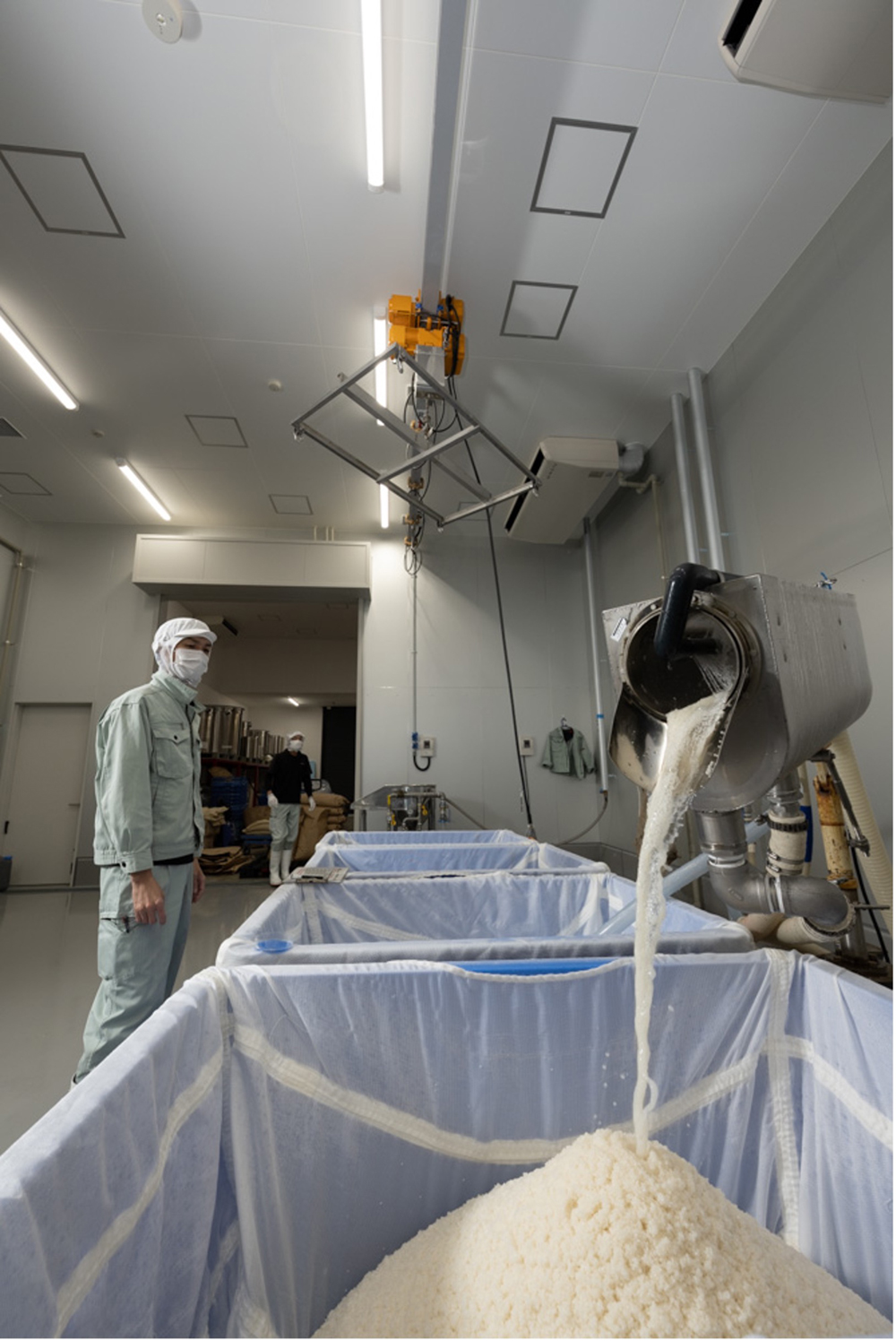 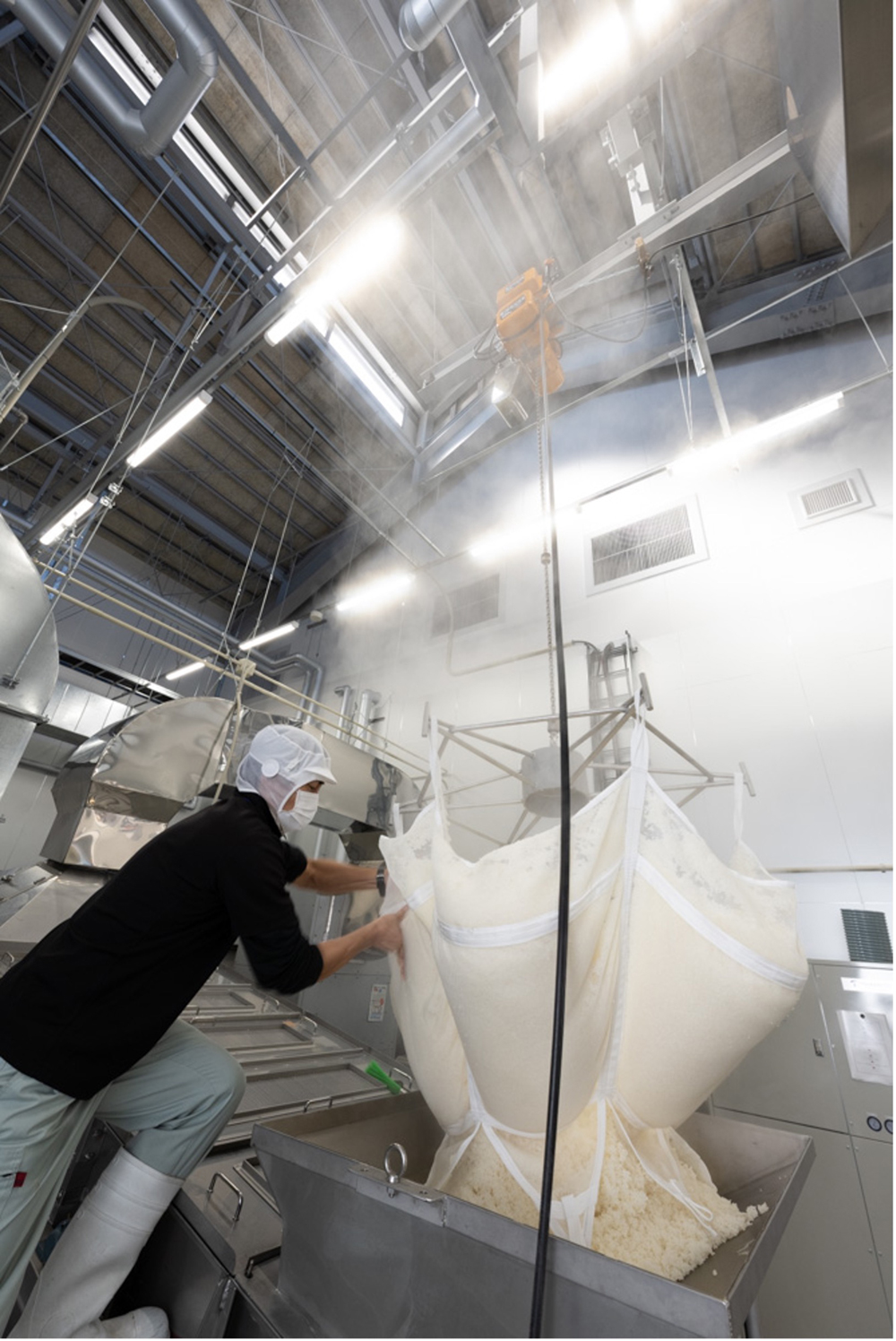 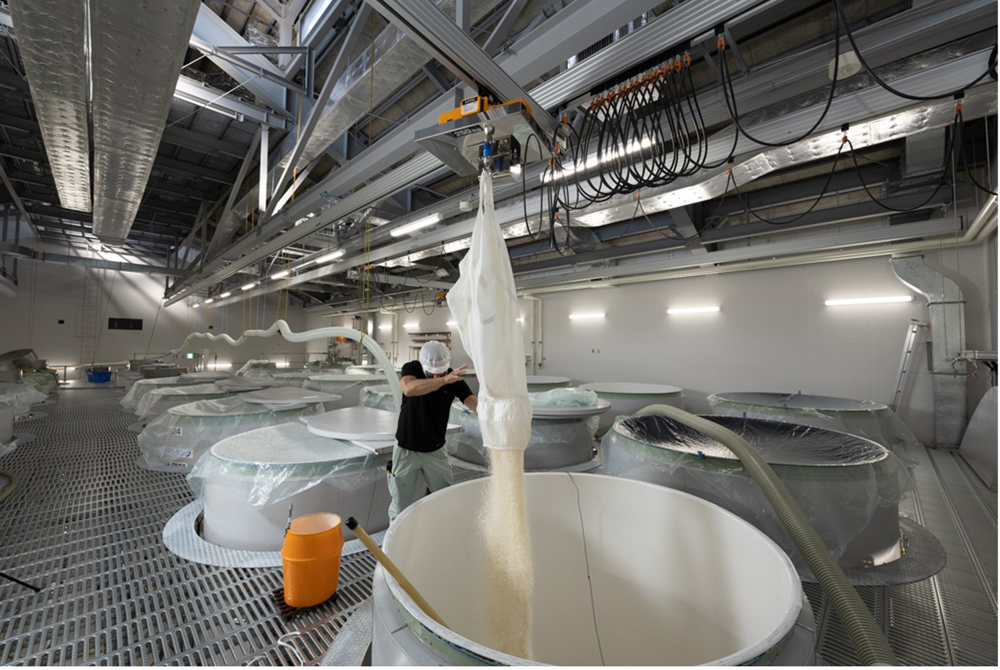