The firm that preceded it, Kito Seisakusho, began in 1932 as a small factory in Omori in Tokyo’s Ota Ward, with six employees producing mainly winches, plate conveyors and pumps, although by 1937 it had developed a copper chain hoist that was both small and light.

Two years later, Kito built the Nakanoshima plant in Kawasaki, Kanagawa Prefecture. With a total floor area of 1,240m2, it was dedicated to meeting the demand for chain hoists.

Plenty of milestones have been passed in the subsequent decades. For instance, the company developed Japan’s first all-around hoist, the lever hoist, in 1947. And in 1958 it completed its first electric chain hoist, which was exhibited two years later at an international trade show at Harumi in Tokyo.

In 1970, Kito made a fresh start with a new name, Kito Corporation, and enhanced its sales network; in 1983 it completed its main plant, the Yamanashi plant, in the Kamanashi Industrial Park in Yamanashi Prefecture, which is the centre for the company’s manufacturing; and in 1990 Kito launched its first foreign subsidiary, in Pennsylvania in the US, and began entry to the Asian, European and other overseas markets.

The company said: “We want to express our deepest gratitude to our customers – both those who are new to us and those with whom we've enjoyed strong relationships for many years – and everyone related to the company for your support.

“Kito will continue to diligently fulfil its role as behind-the-scenes support for economic activity worldwide with safe workplaces for every industry, and to contribute to the sustainable growth of society”.

The company claims to account for 60% of the hoist market in Japan and 40% in the US. 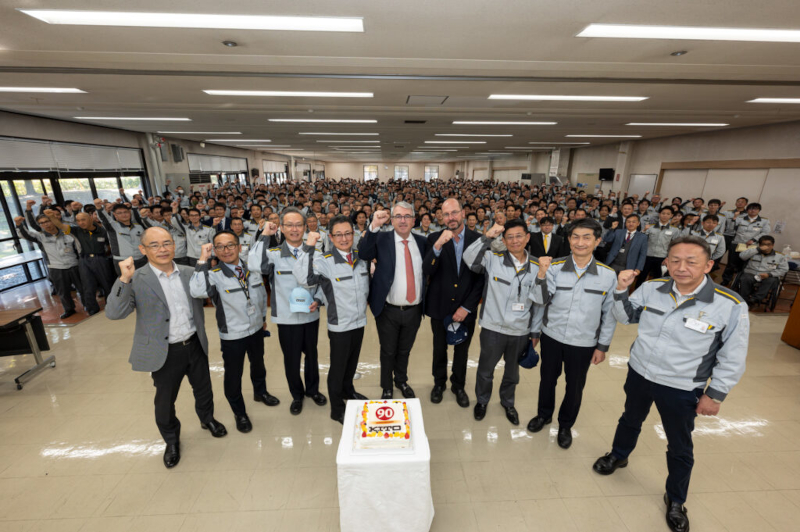