Brian Reh, CEO, Gorbel, was recently appointed VP, MHI, (the largest material handling, logistics and supply chain association in the US), which has more than 850 members.

Reh has been a member of MHI for over 20 years, serving in different industry groups working in statistics and specification writing, and says he is privileged to have seen the evolution of MHI during this time.

Here in an interview with Hoist HMTV (Hoist Magazine TV) Reh talks about his responsibilities as VP as well as continuing to grow his father’s firm Gorbel, taking on his legacy.

“Seeing how MHI has evolved over the years and to be in this position where we are today as an industry is an interesting space to be in given what’s happening in the world today, I’ve been around the group for a long time and am really enjoying it,” he said.

“As far as what’s new today compared to years’ ago, back then Gorbel was in the crane, and ergonomic lifting business, a ‘rust belt’ environment, now it’s much more high tech concerning supply chain and logistics.

"In the early days we would show up to meetings, write standards, and get access to a tradeshow - that was top of the hit list of MHI member value, but within the last five years or so the focus of the mission is to deliver value to members, which is taking on so many different forms.

"Of course, we still have market access to the relevant tradeshows but there is also now a training element within the association to recruit the next generation of skilled employees and to enable our supply chain to work efficiently. This includes recognising the leaders in our field and transferring their knowledge, and more marketing efforts. So, in terms of what’s new, it is exciting, because our industry has never been this relevant.

“We are on the front page of the news now making things happen whereas before, we were under the radar.’

Reh will be VP of MHI for two years, followed by two years as president, taking over from Bryan Jensen then two years as chairman.

Talking about taking on his father’s legacy, Reh said: “I’ve been the CEO of Gorbel since 2010. The company was started by my father, Dave Reh, in 1977 who sadly passed in 2018.

“I came back to the company after working for General Electric. Back then Gorbel was a smaller company at the time but has grown through the years. As a family business it was only my father and me there were no other siblings. We complemented each other well and through the years our transition was a good succession plan and in 2010 I became CEO and the full owner of Gorbel, but I ride on the shoulders of an amazing team, I can’t say enough about them and the culture we have, with our products we try to improve peoples’ lives.

Regarding the global coronavirus pandemic, he said: “People think Covid is over and its gone but to me it’s like a ‘snow globe’ that you shake. As an industry we are still dealing with the challenges both internally and externally regarding access to materials, costs going through the roof and trying to get the product out to market on time.

"It’s going to take some time importunely, patience is hard to come by these days, and things are fragile there. It’s going to be an interesting year or two ahead, for ‘the snow to settle’, but we are taking it one day at a time.” 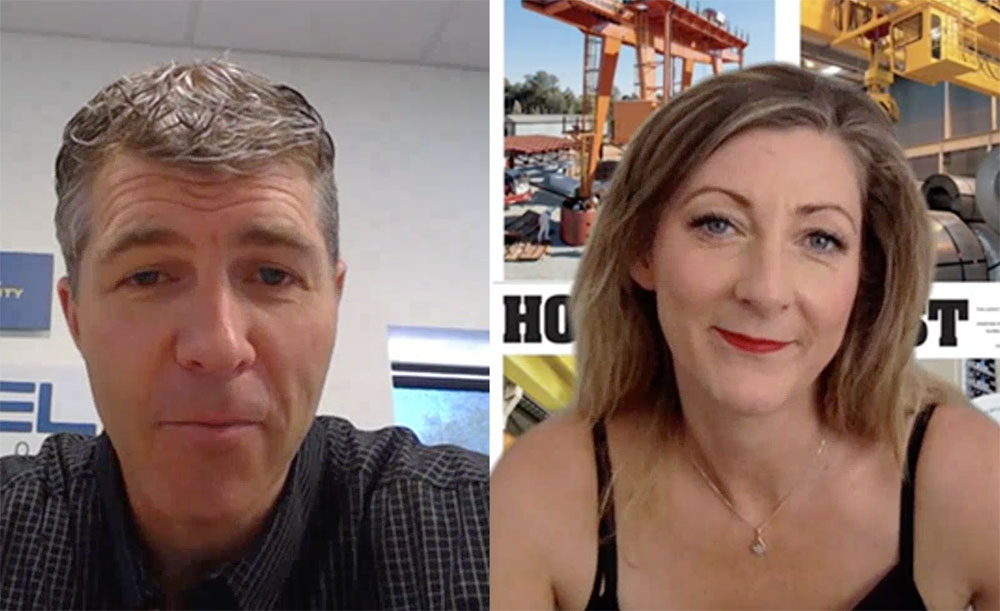