The new facility is a combined initiative between Illovo and developer Collins Property Group with the operations outsourced to Barloworld Logistics, Illovo's logistics partner. The company is South Africa's leading sugar producer, supplying a raft of countries from the 170,000 tonne capacity facility. Street Crane teamed up with its local partner GMTS to supply and install a range of lifting and material handling equipment.

Warehouse requirements
Illovo's warehouse is split into various zones. In each of the six bays, which are located within zones one and three of the warehouse, incorporate a crane featuring a 16 tonne safe working load. These 30.72 metre span double girder cranes include control cabins; link beams, lifting beams, access walkways and bogies that were manufactured by GMTS in South Africa using designs from Street Crane.

The UK company supplied 12 eight tonne VX hoists, which were custom built twin hoists reeved on a single hoist drum to help ensure synchronised hook movement. GMTS then stepped in to synchronise the twin hoists on each crane through the use of encoder feedback and inverter drives. Each of these cranes will corner-lift a lifting beam that is capable of handling ten one-tonne international bulk containers (IBC's) of sugar per movement.

Bespoke design
The Street Crane VX is a bespoke design, open winch format hoist that features a dual scrolled barrel to help ensure that there is no lateral movement of the load during the hoisting and lowering process. The hoist mechanisms are M8, heavy duty rating, which Street Crane says reflects the high frequency of crane use for product movements. The cranes are specified with long travel speeds of 60 metres per minute, and cross travel speeds of 20m/m as well as hoist speeds of 7.8 m/m.

Safety first
GMTS has incorporated automated safety systems that recognise identification tags on personnel and fork lift trucks, which stop the crane and avoid collision with the lifting beam. In addition, radio control from the cabins, is supplied by GMTS, together with electrical power distribution via an insulated conductor system that supplies power to the master hoist panel. While this project did not involve the construction of the largest cranes GM Technical Services has ever built, the Illovo commission proved to be a major challenge for both companies.

Logistics challenge
The route from GTMS' factory in Vereeniging to Illovo's facility in Msunduzi takes in 480 miles and passes through three provinces. As a result, special permits were required for such large loads to pass through each area while each convoy of three cranes took two days to make the journey.

As a result of the convoy's size, the completed cranes required a safety vehicle escort. In addition, independently steerable dollies were used in place of fixed wheel vehicles to give additional manoeuvrability to the transport. Therefore, the crane bridges became the spine of the vehicle connecting the cab to the dolly.

Skilled service
According to GMTS' Hannes Steenberg, the company was awarded the Illovo Sugar order because it is one of only a few companies in South Africa that can couple the experience and capability to offer M8 equipment while also meeting such a "demanding and complex" specification.

"Despite the technical complexity, exacting schedule and logistical challenges GMTS met all deadlines throughout the project. Our commitment to the project will continue as we have undertaken an agreement to maintain the equipment for a further five years following commissioning," he says. 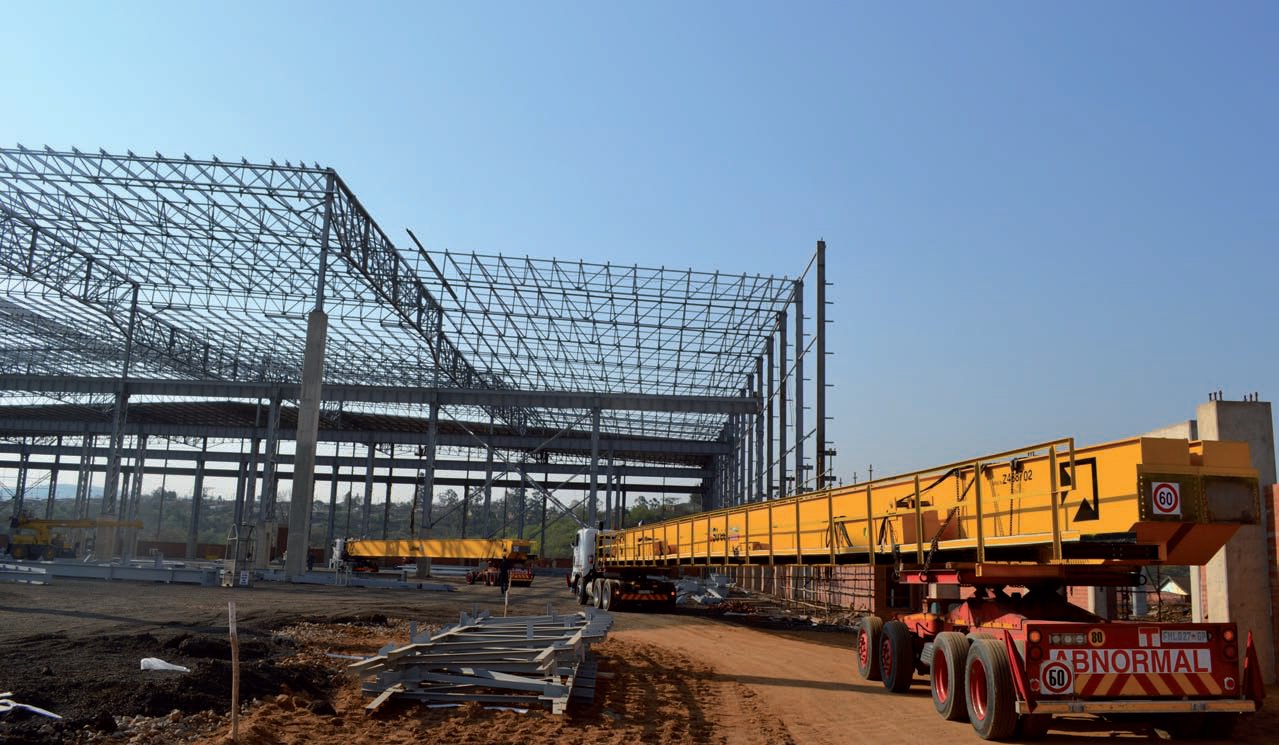 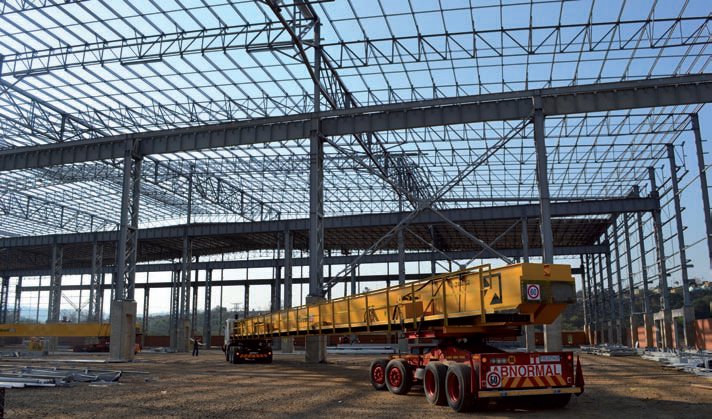 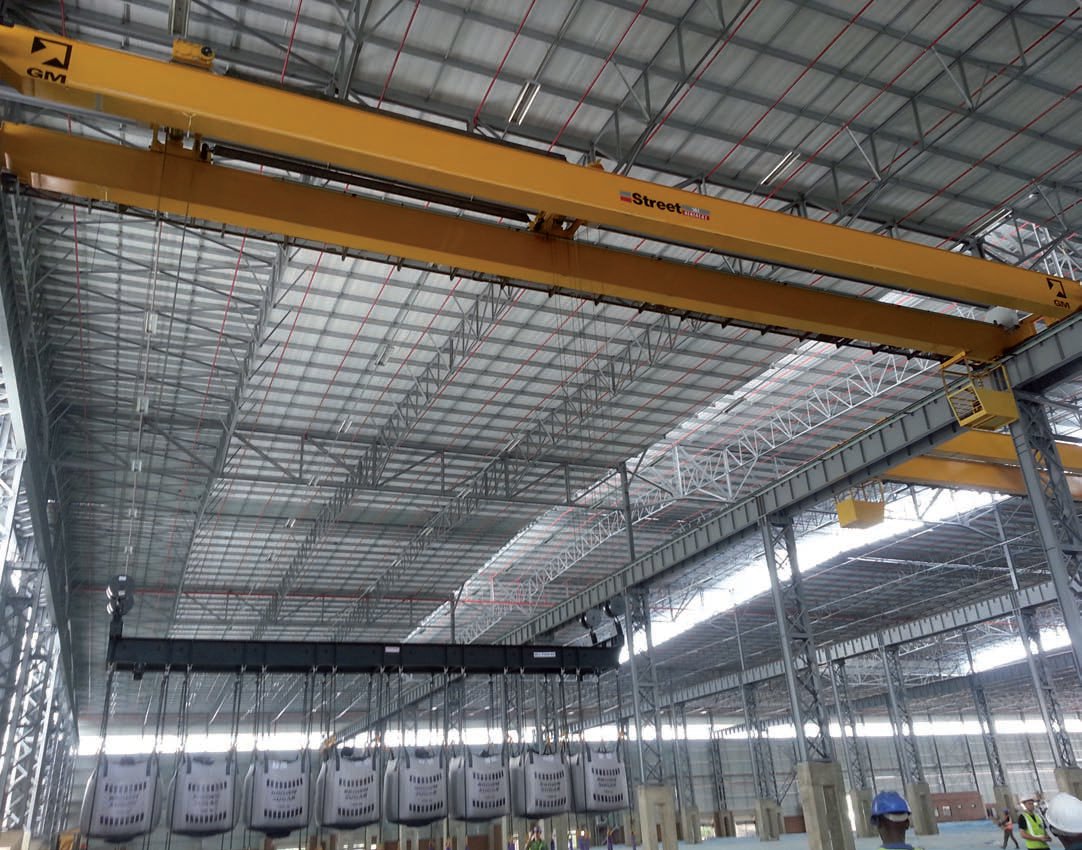 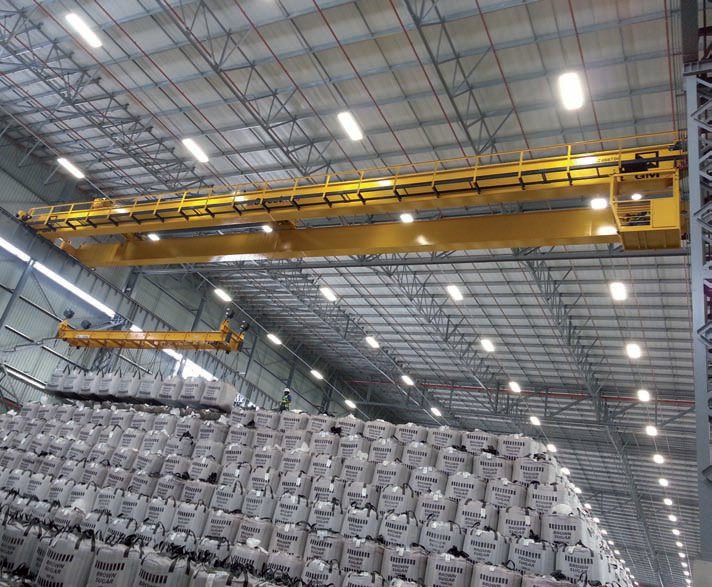