The Port of Los Angeles is celebrating after being awarded a $20 million federal RAISE infrastructure grant for a critical road-railway grade separation project.

“We’re proud to be here marking such important progress being made, but also recognizing that there is so much more to do to fix the supply chains that were torn up by the pandemic and to make them more resilient for years to come – and right here we have a great example of that,” said U.S. Transportation Secretary Pete Buttigieg. “We are delighted to formally celebrate the award of $20 million to the Port of Los Angeles to reduce trucking delays and allow freight trains to move goods more rapidly, reducing shipping costs as part of the fight against inflation.”

“L.A.’s port isn’t just the backbone of our region’s prosperity — it’s one of America’s most powerful economic drivers, and a crossroads that helps connect our country to the rest of the world,” said Los Angeles Mayor Eric Garcetti. “When complete, this roadway made possible by the Bipartisan Infrastructure Law and Secretary Buttigieg’s leadership will help our port move cargo more efficiently and meet our most critical sustainability goals.”

“This is a milestone moment in the investment in our nation’s ports and I applaud Secretary Buttigieg for bringing this critical funding to where it’s needed most,” said Port of Los Angeles  executive director Gene Seroka. “As the Western Hemisphere’s busiest trade gateway, this grant will help us further accelerate our plans to build resiliency, increase efficiencies and sustainability, as well as create jobs.”

The project will entail construction of a four-lane, rail-roadway grade separation, which will  allow unimpeded truck access to an 80-acre marine support facility (MSF) on Terminal Island, a central location serving all terminals in the San Pedro Bay port complex. Currently, access to this facility for chassis and empty shipping container storage is impeded by several heavily used rail tracks and a tunnel with low vertical clearance, both of which will be addressed by the project.

When completed, the rail-roadway will connect trucks directly to the highway system in two directions, resulting in a reduction of 2,500 truck-hour delays daily; a decrease of more than 3,000 metric tons of emissions per year; and a reduction of 1,200 truck miles traveled per day, which will also decrease accident potential in the area. The project will generate 300 new jobs. 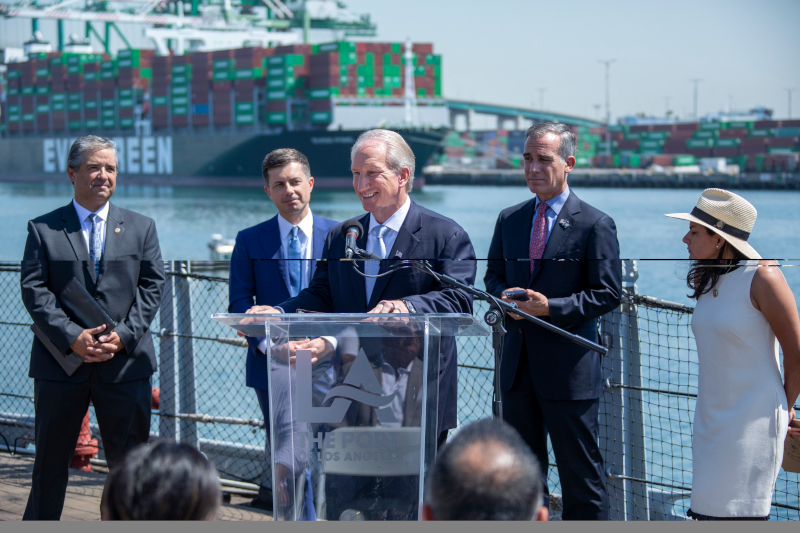 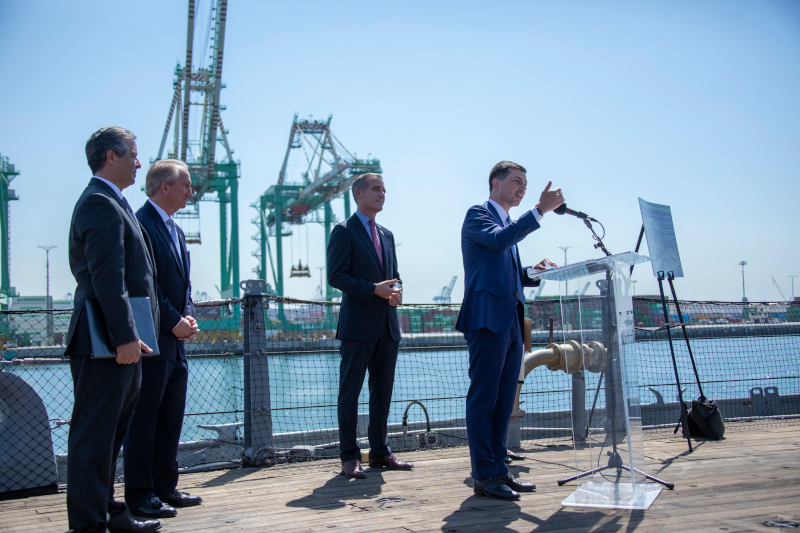