Members of the European Parliament have travelled to ITER (International Thermonuclear Experimental Reactor) based in the South of France, for a detailed briefing and tour of the site, to review project progress and to understand the Return-on-Investment Europe is receiving as the Host Member of the project.

ITER is a major international research project supported by the European Union in the frame of its efforts to find innovative energy sources for the future. As such, a delegation of 11 members of the European Parliament (MEP), led by Christophe Grudler (MoDem/Renew), who initiated the visit, were intent on increasing their understanding of magnetic confinement fusion and its potential as a source of clean energy.

“ITER is an outstanding project, which must prove as quickly as possible the feasibility of nuclear fusion, a process very different from nuclear fission and which will produce very little waste. Following a previous exchange at the Nuclear World Exhibition last December with ITER’s representatives, I am delighted to be leading this delegation with fellow MEPs interested in the future of nuclear in Europe,” said MEP Grudler.

MEPs were accompanied by Dr. Massimo Garribba in his current role of ITER Council chair and by Euratom representatives, including Johannes Schwemmer, director of the Fusion for Energy Joint Undertaking, and officials of the European Commission’s Directorate-General for Energy.

As Dr. Bernard Bigot, the ITER Director-General, explained: “Fusion is the process that powers the Sun and the stars. ITER will be the world's largest experimental hydrogen fusion facility, designed to demonstrate the scientific and technological feasibility of harnessing fusion power on Earth. As with all fusion R&D globally, the ultimate goal of ITER is to pave the way for hydrogen fusion as a safe, abundant and environmentally responsible energy source.”

A parallel focus of the ITER visit was to gain a sense of the importance of Europe’s leadership in ITER’s global partnership. Dr. Garribba characterized ITER as a first-of-a-kind global collaboration, pointing out that, “Europe is contributing almost half the costs of ITER’s construction, and roughly 90% of contributions to the project are made in kind, in the form of buildings, systems and components. Europe’s role as host therefore propels European companies to the forefront of innovation in the multiple cutting-edge fields required to make ITER successful, beyond the field of fusion or even energy research, expanding to the aeronautic and medical sectors, among others.”

Schwemmer informed MEPs about concrete European in-kind contributions that have been manufactured across the continent, showing the economic and technological importance of ITER for European industries and research centres. Garribba is Deputy Director-General for the Energy Directorate-General in the European Commission, and he was elected chair of the ITER Council in November 2021.

Following an extended period of building construction and component design and manufacturing, the ITER Project entered Assembly Phase in July 2020. In total, more than one million components, some weighing several hundred tons and requiring years to complete, are being fabricated on three continents and shipped to the ITER site in the South of France.

Visiting MEPs were able to gain a first-hand view of the scale and complexity of machine assembly, from colossal superconductor magnets being coupled with massive sections of the ITER vacuum vessel to the Tokamak Pit itself, where each component will take its final position in the intricate puzzle designed to generate full fusion power in the years to come. 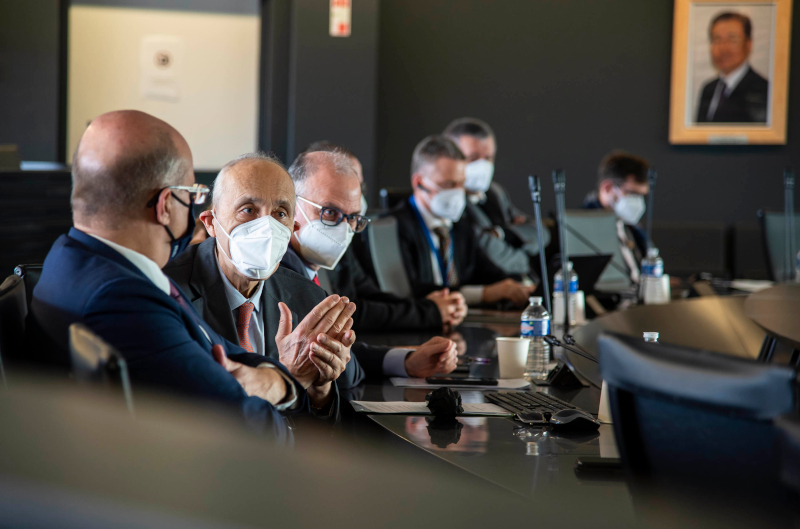 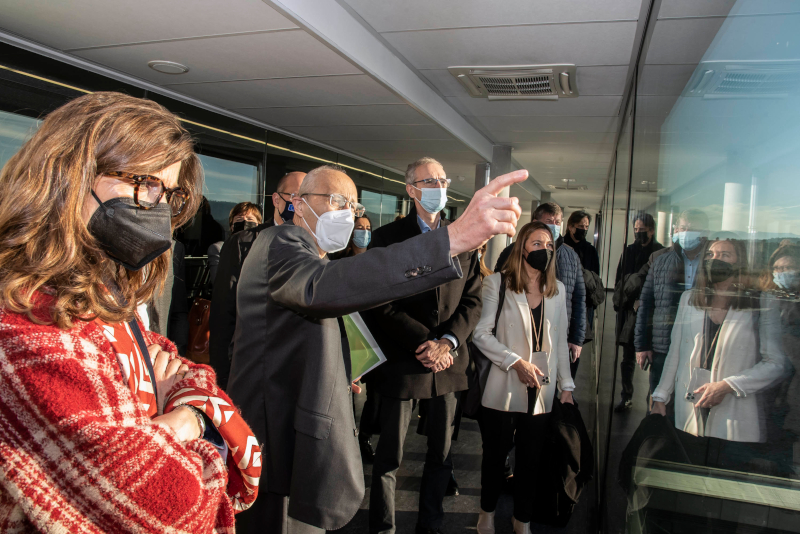 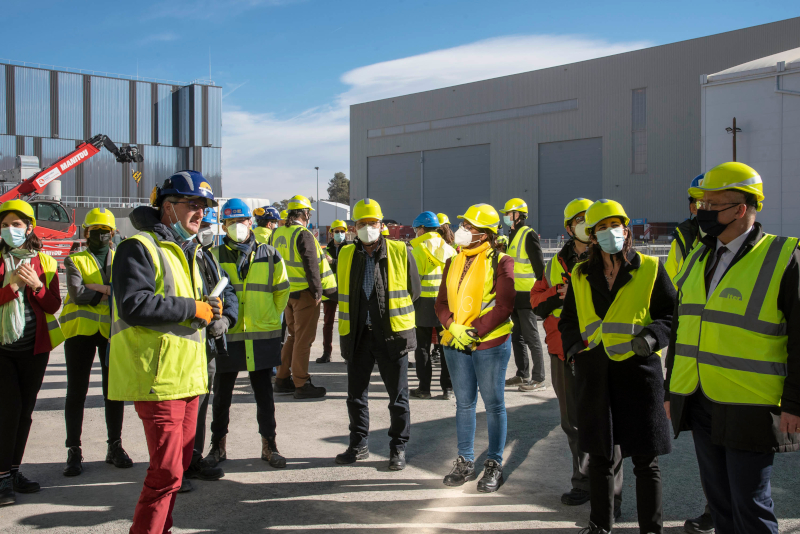 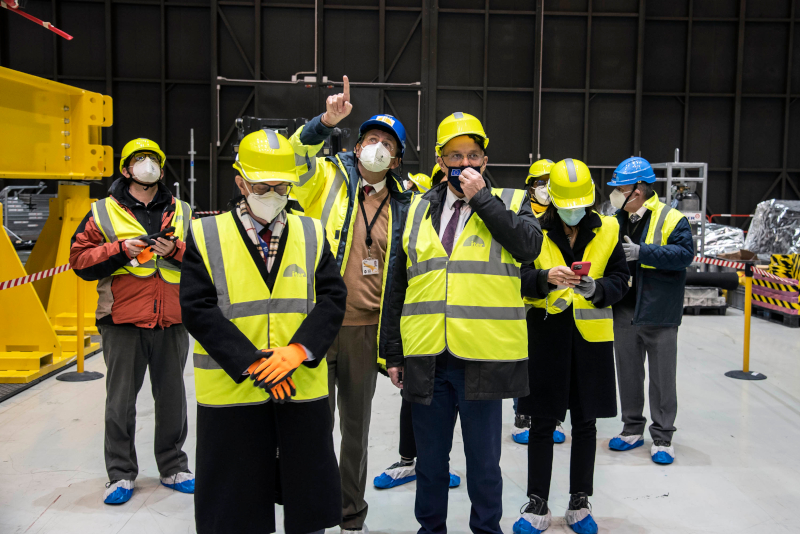 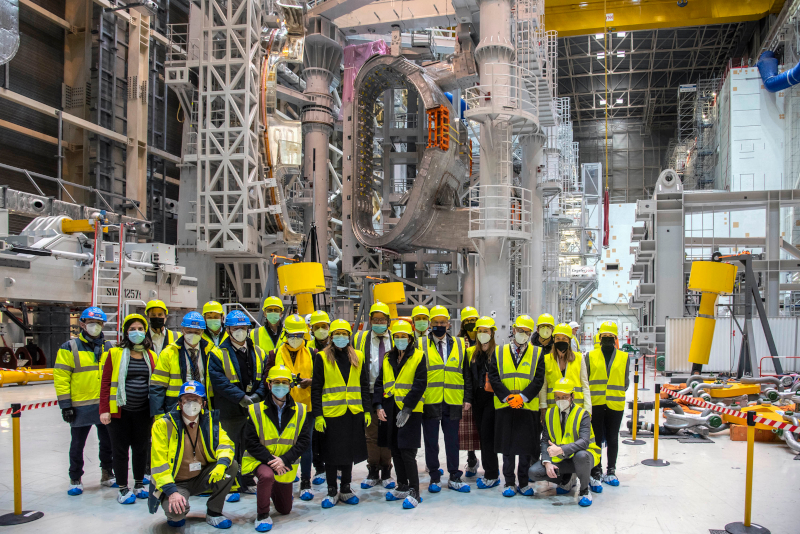 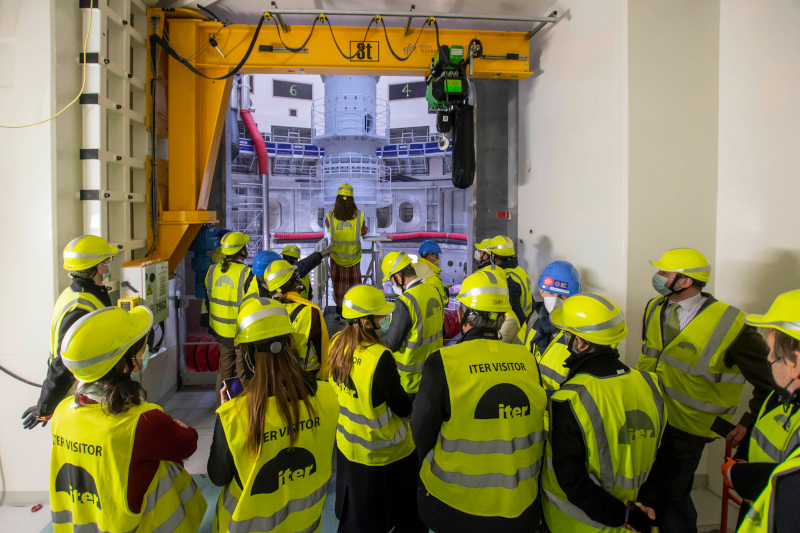