The ITER Project has achieved a major machine assembly milestone, as the first sub-section of the ITER plasma chamber was successfully lifted out of tooling and lowered into the machine well.

The sheer weight of the component plus rigging - 1,380 tons - came the closest yet to the nominal lift capacity (1,500 tons) of the double overhead bridge crane in the ITER Assembly Hall. The multilayer rigging arrangement, added to an already tall load, left the crane operators with a clearance of only 20cm over the concrete wall that delimits the machine assembly well.

The teams achieved millimetre-level tolerances in the positioning of a component that towers six storeys high and weighs the equivalent of four fully loaded Boeing 747s.

The ITER team had been actively preparing for this important lift operation for many months. The creation of the modular assembly took place on specialized tooling in the ITER Assembly Hall between April and December 2021.

The components were first lifted to vertical on a specially adapted “upending” cradle and transferred to a standing tool capable of docking the vacuum vessel sector in its centre and rotating the other components in on its wings. Dedicated rigging elements - capable of controlling the load’s centre of gravity and controlling the rotation of the component to align with the waiting supports in the Tokamak pit - were tested singly and in tandem.

In the week preceding the operation, a full pre-lift test had permitted the assembly teams to confirm all sequences and coordination.

Many project actors have had a part in today’s successful milestone. Vacuum vessel sector #6, at the centre of the assembly, and associated thermal shielding was manufactured and delivered by the Korean Domestic Agency. India fabricated the in-wall shielding inside the double walls of the sector and Russia supplied the upper port. The toroidal field coils (TF12 and TF13) were procured by the Japanese Domestic Agency. Korea designed and built the upending tool, the giant sector sub-assembly tools, the lift attachment closest to the load, and the column tool in the pit that will support the vacuum vessel during welding, while the European Domestic Agency supplied the overhead bridge cranes and the next-in-line rigging attachment that allows the cranes to work together.

Since May 2020, the ITER assembly teams have been building the ITER machine from the bottom up. First-of-a-kind operations are always an event, confirming planning assumptions and lowering the risk for similar operations to follow. This successful lift operation will be celebrated across the ITER community as a major assembly milestone, bringing the project another step closer to First Plasma.

The component is currently suspended 50cm above its supports in the assembly pit, as the assembly team carries out the final positional operations. It will then be lowered to its supports, arriving “home” after a long and complex journey.

ITER - designed to demonstrate the scientific and technological feasibility of fusion power - will be the world's largest experimental fusion facility. Fusion is the process that powers the Sun and the stars: when light atomic nuclei fuse together to form heavier ones, a large amount of energy is released.

The ITER Project is under construction in Saint-Paul-lez-Durance, in the south of France. 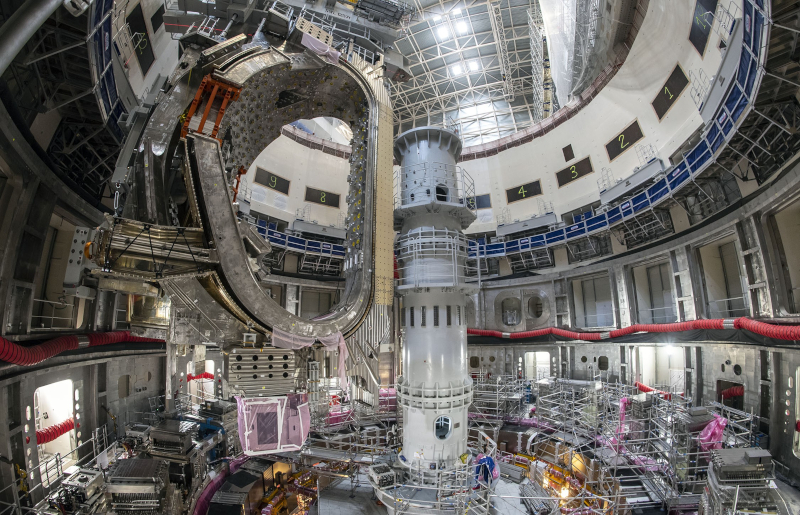 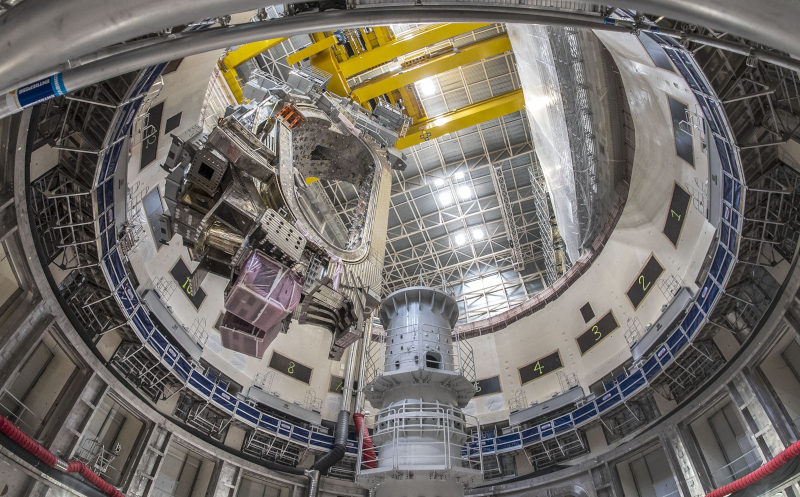 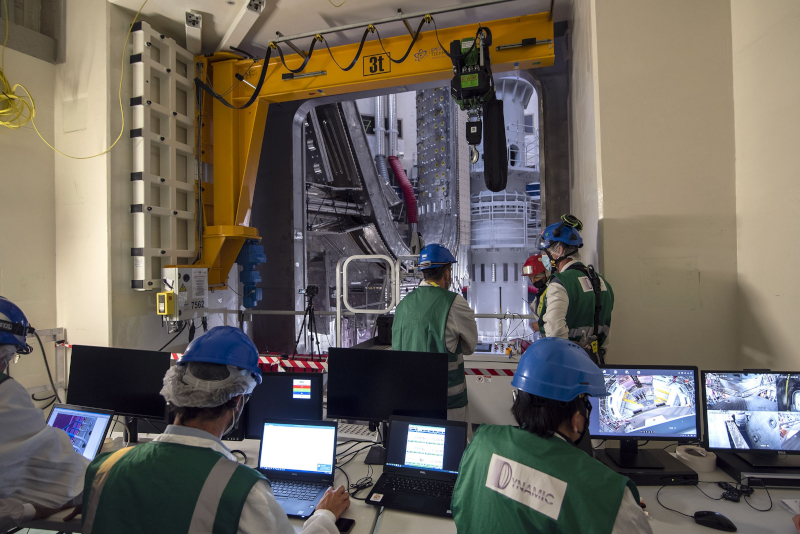