An Enerpac Push-Pull system has been used to construct the World’s Largest Observation Wheel. Opening this week, the Ain Dubai observation wheel is over 250 metres tall, significantly higher than the 168 metre, High Roller observation wheel in Las Vegas, and almost twice the height of the London Eye.

Constructing the world’s largest and tallest observation wheel is a major engineering challenge at any time. Add in factors such as sandstorms, strong offshore winds, ambient temperatures up to 45C and steel temperatures in direct sunlight reaching 80C, and it’s not difficult to appreciate the task facing Enerpac Heavy Lifting Technology, a specialist in engineering world class hydraulics systems.

All at the heart of Bluewaters, the sophisticated, must-visit island destination in Dubai, United Arab Emirates, the ‘Ain Dubai’ observation wheel is big - standing at over 250 metres tall. When tackling construction on a scale never encountered before, Enerpac was able to fall back on over 60 years’ experience. Since the late 1950s, Enerpac has developed construction techniques that are beyond the scope of traditional construction technologies.

At its simplest the ‘Ain Dubai’ comprises a wheel rim, rotating hub and fixed spindles mounted on four support legs. The rim is 240m in diameter and assembled from eight segments that are welded together and connected to the hub by cable spokes each longer than a full-size football pitch. For the wheel assembly, the height of the ‘Ain Dubai’ takes it well beyond the reach of a traditional crane and so an alternative method was needed. Enerpac proposed to use a Push-Pull system for the wheel construction.

The concept of the Push-Pull system for the wheel assembly is straightforward enough. Located at the base of the wheel, a pair of hydraulic grippers pushes the wheel forward, effectively rotating it. The push grippers are then released and pulled back into position using hydraulic cylinders. The Push-Pull operation is then repeated.

The simplicity of operating Enerpac’s Push-Pull system belies the complexity of the engineering underpinning it. Implementing the concept for ‘Ain Dubai’ meant working to significant project constraints. Aside from the environmental conditions, these included rotational loads up to 2,572 tons – the largest load ever handled by a Push-Pull system, highly accurate control of wheel rim movement, and accommodating the system within limited space constraints. Also, for the first six months of the wheel’s construction the entire load of the part completed wheel would be borne by the Push-Pull system.

The wheel segments are welded together as each new segment is added. Ensuring the welding process could be completed smoothly relied on precise positioning of each new segment by the Enerpac Push-Pull system. Using precision hydraulic control, the Push-Pull system was able to bring the wheel rim within a few millimetres of the previous rim, and hold it there, to enable the two segments to be welded together. Once the weld was completed, the Push-Pull system was used to progressively feed the wheel segment through, enabling the next segment to be added.

The Push-Pull system is powered and operated by a central hydraulic power unit (HPU). The HPU’s diesel engine, main control panel, safety PLC and tank with hydraulic oil are controlled by PLC and laptop computer. 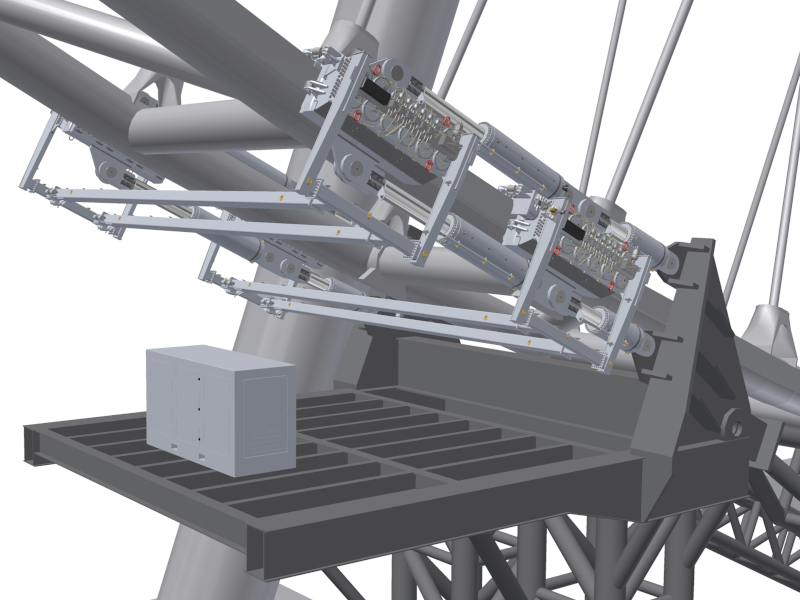 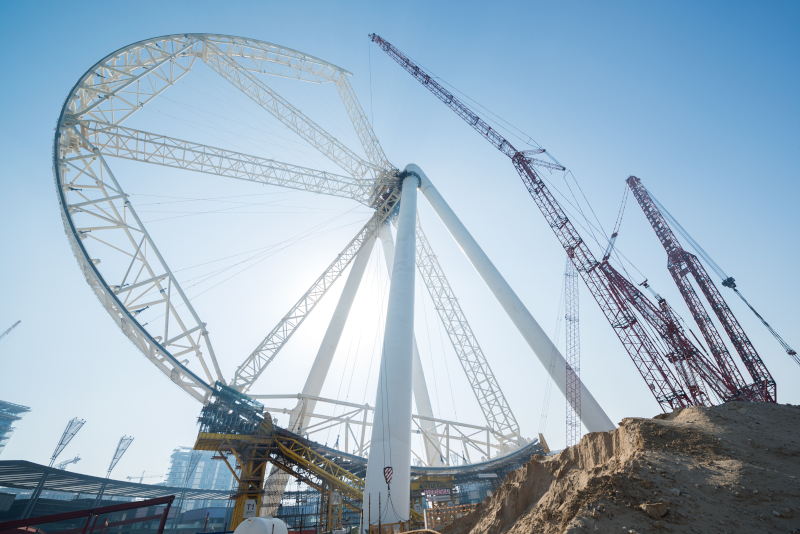 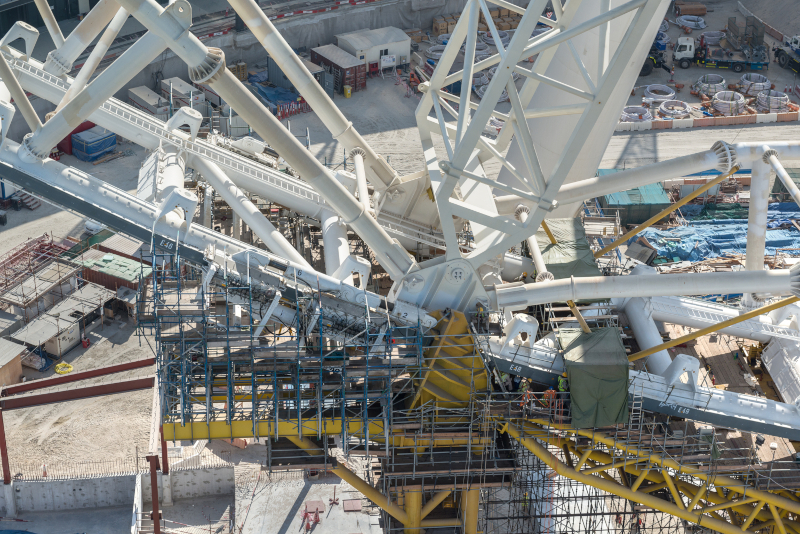