Condra has designed and manufactured a large jib crane for bulk recovery underground of ore spilled at an unnamed mine.

The Condra jib crane has been designed and built to withstand a harsh underground working environment with minimal maintenance. It comprises a pillar-supported double-girder beam topped by the crab-mounted hoist, an arrangement that maximises the grab’s lifting height and optimises productivity in the execution of a repetitive but complex lifting task within the spilled ore recovery process.

Delivered last week, the 5-ton crane has a lifting height of 9 metres, a slewing radius of 5 metres, and is equipped with an orange-peel grab and electromagnet combination that allows bulk ore to be gathered, lifted and positioned while simultaneously separating out the iron ore within it by means of the electromagnet.

“The jib crane market is very competitive at its entry level or small-machine end, and we do not actively compete in that segment. But as crane size and complexity increases, Condra becomes difficult to beat in terms of engineering and design expertise,” said Marc Kleiner MD, Condra.

“We have worked hard over many years to achieve an ability to align with both end-users and multiple third-party suppliers to deliver the required solution.”

After installation and commissioning at surface level for trials, the crane will play a key role in a prototype ore recovery process. Permanent installation underground will take place after six months of tests.

Ore spilled along the conveyor lines will first be recovered by small articulated loaders which will place it on dump trucks for depositing in a purpose-built pit. The jib crane will then retrieve the ore from the pit by means of a combined grabbing, magnetising, lifting, slewing and travel functionality, depositing the ore into a feed hopper from where a secondary conveyor belt will transport it to re-join the main ore stream on its way to the crushing plant.

The crab itself is jam-packed with equipment, holding not only the 5-ton variable-speed-drive hoist, but also the hydraulic power pack, two hydraulic hose reels serving the opening and closing functions of the orange-peel grab, and the cable-reeling drum serving the electromagnet.

The crane’s lift, swivel and crab movements, and all hydraulic grab and release functions, can be operated by either remote control or back-up pendant. 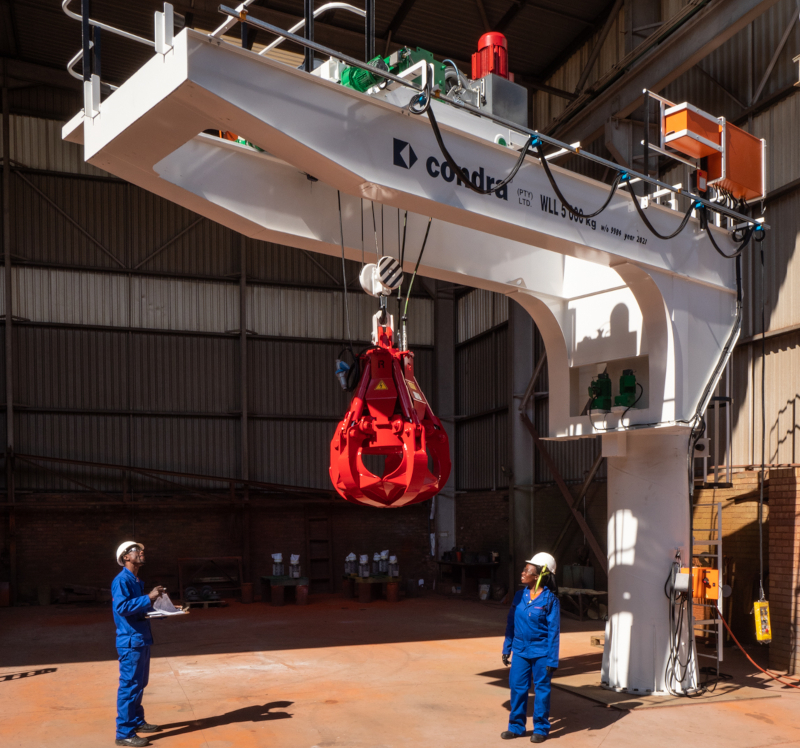 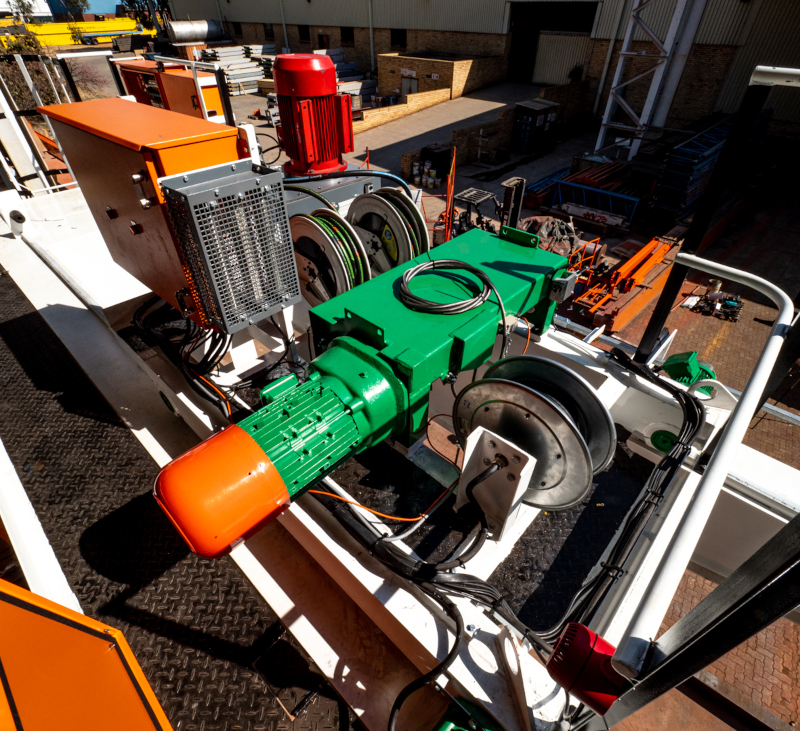