China National Nuclear Corporation (CNNC) has installed a polar bridge crane as a single unit at Unit 1 at Zhangzhou Nuclear Power Plant, in the Fujian province.

The polar crane is located on a circular rail and can rotate 360 degrees, It will be used to install the key components of the reactor and the main circulation pump.

CNNC said this is the first time a polar crane bridge and its components has been installed as a single unit in China. Previously, components were assembled on the ground to measure data, then disassembled, lifted into place individually, and reassembled. However, for the polar crane bridge at Zhangznou 1, the electrical beams, non-electrical beams, end beams, horizontal wheels, slewing gear and other components were assembled on the ground and then lifted as a single unit.

"The use of new assembly technology simplifies the tedious process of disassembling and assembling a polar crane, which greatly improves construction efficiency," CNNC said, adding that the new installation technology has reduced the time it takes to install the polar crane by 15 days.

Polar cranes are used to lift parts of the reactor vessel and its internal components during construction, as well as other light loads during scheduled preventive maintenance outages.

CNNC noted that installation of the polar crane "will lay a solid foundation for the subsequent commissioning of major equipment and the lifting of the inner dome.”

The Ministry of Ecology and Environment issued construction licences for Zhangzhou 1 and 2 in October 2019 to CNNC-Guodian Zhangzhou Energy Company, owner of the Zhangzhou NPP project, set up by CNNC (51%) and China Guodian Corporation (49%) in 2011.

The licences are valid for 10 years. Work on Unit 1 began a week after the construction licence was issued and construction of Unit 2 began in September 2020.

In May 2014, the local government approved Phase I of the Zhangzhou plant, which was then to comprise two AP1000 units. National Nuclear Safety Administration approval followed in December 2015 and site selection was confirmed in October 2016.

Construction of Phase I was originally expected to start in May 2017, but CNNC then decided to use the Hualong One design instead. Two more units are planned for Phase II and a further two for Phase III. 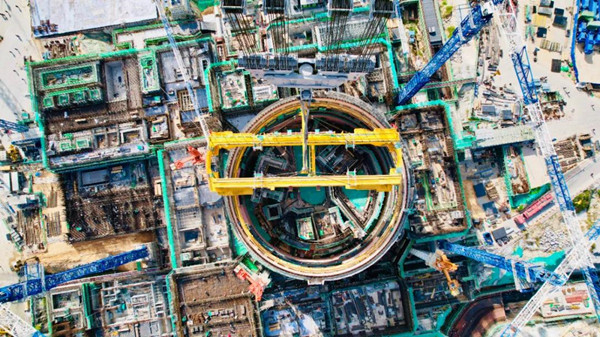 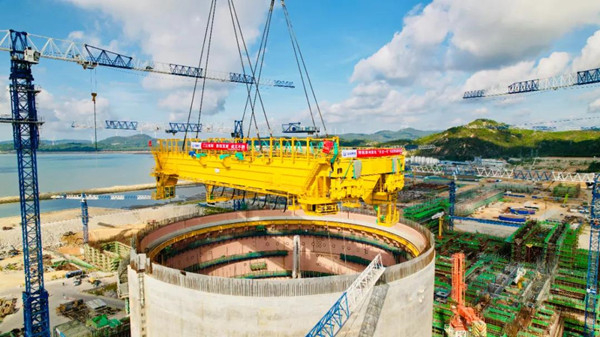