BVS Cranes is celebrating after it won Best Innovative Project award for its ‘Distant Room Remote Control System’ study, which will be published in the European Journal of Science and Technology.

The crane manufacturer, which is a certifed R&D Centre by the Ministry of Industry & Technology in Turkey, won the award at the International Conference on Design Research and Development (RDCONF 2021) held virtually from December 15-18.

The conference, which was sponsored by NNY (Nuh Naci Yazgan) University, in Kayseri, Turkey, had a committee of international academics involved in the selection process.

“The award meant the article was published in the European Journal of Science and Technology as an outstanding study. As a result, some new state-of-the-art, specific features have been added to remote crane control systems for the first time, accelerating the speed and quality of electronic communication and it has been applied to a number of cranes designed and commissioned by BVS Cranes,” said Kemalettin KÖK, BVS Cranes technical vice GM, (Mech. Engineer).

“The 350/80/10 ton Capacity Casting crane built and commissioned in 2021 for the largest Turkish Steel Producer Isdemir has been one of the most important applications.”

In an abstract from the article it says: ‘Cranes are used in machinery, mining, metallurgy, energy, defence industry, chemical industry, etc. in the world. It is used in every sector, especially in the heavy industry sector. The areas of use and processes differ according to the purpose. The cranes are controlled from push button with cable (moving with trolley), a push button with cable (free from trolley), a remote controller or an operator cabin connected to the crane. Existing forms of control reveal requirements such as climbing up to the cabin on the crane or operating the crane in heavy working areas and environmental conditions. Considering that the operators should stay in a safe area in cranes operating under heavy conditions, today's communication technology allows the transfer of signals/snapshots at high speed, eliminating the need to be on the crane for crane operating.

The scope of the study consists of controlling the casting crane to be used in the foundry environment from a remote room located outside the crane working area. Since it is not possible to see the crane directly from the control room, cameras are placed in various areas on the cranes and field. In the control room, there are monitors for viewing camera screens. Since cranes are moving machines, the communication between them and the remote control room is provided by industrial Ethernet based wireless transceiver units. Accordingly, there are Client Ethernet module antennas on the crane. In the hall where the crane is traveling, there are Access modules and antennas at fixed points. Because of the distance between the area where the crane is traveling and the remote control room is long, communication between these two points is provided by fibre optic cable. In addition, positioning sensors are used to operate the crane semi-automatically. In general, safety systems are used in automation and communication.

As a result of the study, some new state-of-the-art, specific innovative features have been added in the system for the first time to accelerate the speed and quality of electronic communication and it has been applied in a number  of cranes designed and commissioned by BVS Cranes. One of them is the 350/80/10 ton Capacity Casting crane built and commissioned in 2021 for the largest Turkish Steel Producer Isdemir.’ 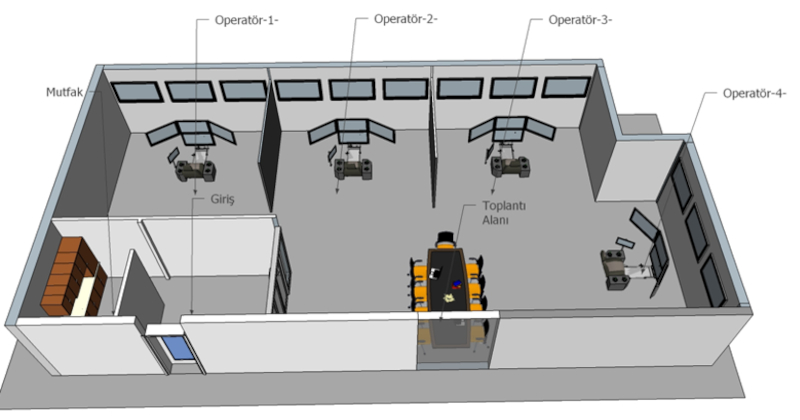 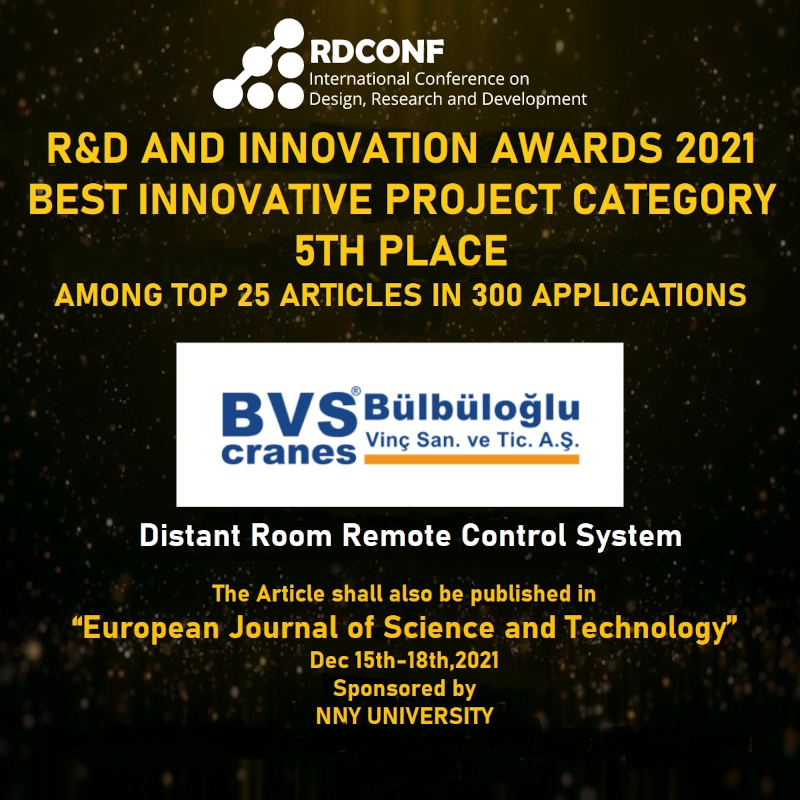 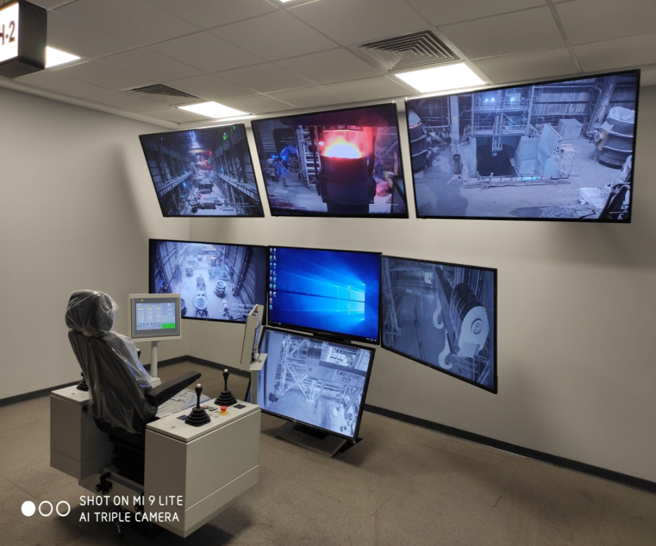