“After over two years of development we now present our new cross limit switch Alpha to our customers. Long-term tests have been finishes with positive results and the series production has started in April," said the company.

The new product can be used with activation speeds up to 3m per second to allow a safe limiting of end positions for high-speed cranes.

It comes with a large metal housing intended for comfortable wiring of the contacts, the company said.

The housing was designed with enough space for two or four forced opening contacts.

B-Command will also design custom switching configurations on the new cross limit switch according to client requirements, and equip it with plug connectors or cable of different lengths.

The is constructed and designed according to the new machinery directive 2006/42/EG and offers performance level D. 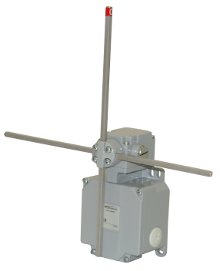