Winding down not out

On the surface, the benefits are obvious. Better control, increased motor efficiency, and the removal of two principal wear items. However, the drawback is that by grounding the rotor out internally, the characteristics of the motor change dramatically.

Wound rotor motors are typically NEMA Design D, with 300 per cent and more of locked rotor torque available at start. The starting torque is a matter of the slip factor. Slip is generated by resistance, courtesy of the rotor's direct connection to the resistor banks through the brushes and slip rings.

When the wound rotor connection to the resistor banks is lost via brush removal and slip ring grounding, rotor resistance is dropped to a substantially lower factor, as is (correspondingly) the slip. This effectively changes the motor to a squirrel cage type, altering the performance characteristics to a midway equivalent point between a NEMA Design B and a NEMA Design C motor. Although this change affords a flatter torque range throughout the revolutions per minute (rpm) spectrum, it also drops the starting torque capability by a third or more.

NEMA Design B and C motors perform well in variable frequency applications, provided the insulating class of the windings is of the proper level.

However, the torque characteristics at start are, depending on the type of construction, typically in the neighbourhood of approximately 200 per cent maximum.

Variable frequency drives cannot generate anything more in the way of torque than is available in the motor. In short, creating any extra torque out of thin air is not possible.

In traversal applications this factor may not show itself as a problem, depending on the original design criteria and if the motor or motors were oversized to begin with. However, in hoisting applications it can be critical. Well more often than not, the starting torque capability of the wound rotor motor has been taken into consideration in the original hoist design criteria. The high starting torque is generally necessary to raise a capacity load from a suspended position, both in starting and continuation of the lift. There are three basic solutions to this conversion issue, wherein the original starting torque of the NEMA Design D motor can be preserved. The first possibility, and the least ideal of the three, is to disconnect the wound rotor resistor banks, but leave the motor rotor slip rings and brushes intact. Connect the slip ring brush connections (Typically M1, M2, and M3 Leads) to a 6 per cent to 10 per cent new, balanced resistor group.

A second solution would be to remove the slip rings and brushes. Have the rotor re-wound with a 6 per cent to 10 per cent slip circuit in the windings. This requires a simple engineering design for the new rotor winding on a per motor basis, plus a motor shop capable of implementing the specifications. This is often considered a more optimal design solution for engendering a higher starting torque, as all motor mounting dimensions and shafting remain unchanged, with costs typically lower than replacement with a properly sized squirrel cage motor.

An alternative to the options already mentioned that certainly deserves consideration would be to replace the wound rotor motor with a squirrel cage type, sized to match the starting torque of the original NEMA Design D unit. A 'safe factor equation' to use in determining the new motor size, is 1.34 times the original wound rotor motor horsepower. The matching motor must be of the same, or very close to the same rpm rating of the original motor.

Motor characteristics can vary due to several factors related to the construction and design of the unit.

It may be possible to use a smaller multiple, though this equation is a safe equivalent factor that will provide a very close matching horsepower with a relative torque rating as per the original equipment design.

Out with the old?
Numerous commentaries have been published via various sources regarding wound rotor motor control systems as being outdated, obsolete, and as a rule replaced by variable frequency drives as a cost effective and much more efficient means of machinery control.

However, changes in temperature, elevation, humidity, and airborne particulates can swing the choice to wound rotor control as significantly more advantageous when weighing both cost and performance factors.

Consider an overhead crane installed in an outdoor application, on a dam at a hydroelectric generating station at 2,000ft (0.38mi) or more above sea level. These environments exist in many places in the U.S and globally. It is commonplace in these areas to see temperature variances from 100°F (38°C) to - 25°F (-32°C). An added consideration factor is the air at higher elevations, as the molecular density decreases correspondingly as elevation increases. Reduced density results in a substantially diminished heat transfer capability of the surrounding air.

Heat is a profound enemy of variable frequency drives. All drives generate significant heat during operation, and require cooling to prevent failure. The thinner the air around the drive, the harder it is to dissipate the generated heat. Drive manufacturers provide data regarding elevation, including both at what point de-rating becomes necessary, and at what point drive usage is not recommended. This data is derived solely from atmospheric the heat transfer capabilities of the air around the control.

All drives have capacitors, and are one of several heat affected drive components. The capacitors used in drives, after 75°F (24°C), enter into a half-life factor with every 10°F (12.2°C) increase above the mark. Capacitor life in drives is typically calculated from 2 year, continuous operation at maximum load, to 10 year continuous operation at maximum load depending on the drive. Since overhead crane operation is intermittent by nature, the capacitor half-life temperature effect doesn't bode immediate failure, but the life span of the drive is correspondingly diminished. Air conditioning units can be used to not just cool control interiors, but to pressurise control enclosures and thus increase the molecular density of the air inside. But, at degrees well above the freezing point of water, temperature controlled air conditioning units shut down, once again lowering the air density inside the control enclosure to that of the surrounding area. While it seems the lowered ambient temperature compensates for the lowered air density, be reminded the drive heat generation and subsequent need for cooling is within the drive itself. This factor significantly mitigates perceived values of lowered air temperature as relates to the internal cooling of the drive.

Another consideration is heating units are generally applied for both anti-condensation inside control enclosures, and for keeping other control components at operating temperatures where, as an example, contactor plunger lubricants remain fluid. Heating units keep ice from forming externally on the enclosure as well, but they also heat the control interior. While heating the control enclosure interior in humid and in cold environments is a common if not necessary practice, the effect comparison as regards variable frequency versus wound rotor control components is huge. We are once again dealing with heat. Wound rotor components are largely unaffected. Outdoor applications can suffer significant heating effects under summer sun where exposed enclosures can heat to damaging levels internally. Likewise indoor applications including forges, metal casting operations and heat-treatment plants generate temperatures that easily fall into damaging ranges when considering these effects on variable frequency drives. Air conditioning units can help, but there are three factors to consider regarding them. One is cost, and none rated for control systems fall into an inexpensive category. Two is maintenance. Filter changes and/or cleaning is required, the frequency of which is determined by the level of particulates in the surrounding air. Access to cranes has to weigh into the equation. Third is consideration of how hot it can get before air conditioning does not work. Regardless of any claims to the contrary, air conditioning coolant becomes incapable of heat transfer once the ambient temperature around it reaches 133°F (56°C). Some drive manufacturers claim their product can operate successfully at these temperatures, but the fact of capacitor degradation is inescapable. They may operate in this heat range, but it will be for a correspondingly short time as drive life expectation becomes dramatically diminished, regardless of manufacture. This is another case where wound rotor control can be optimal, as it is far less susceptible to heat effected reduction in operating life expectancy, and at significantly higher heat levels depending on motor design.

In a basic summation, wound rotor control systems are neither obsolete, nor are they in any danger of disappearing now, or in the distant future. While an agreeably old technology, until a better mousetrap is invented, they will around for a long time to come. 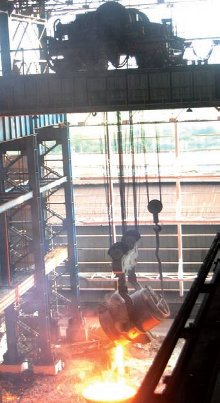 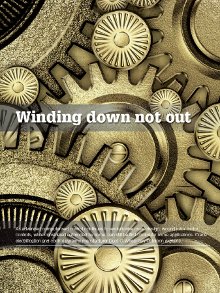 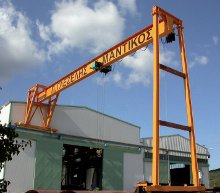