The Wildlife Conservation Society (WCS) in New York City needed a system to move sharks, weighing up to 600lbs each, from one pool to another.

Due to potential quarantining requirements, the sharks could not swim from one pool to the other, and the system had to ensure that the operation of moving each shark from the outdoor pool did not upset the sensitive indoor environment. The pools were also all offset, adding a further challenge.

To meet the requirements of the project, Air Technical Industries (ATI) manufactured the first continuous, double-rail, serpentine crane system of its kind, the company said. The crane needed to provide longevity in the harsh environment of salt water pools with ocean moisture, as well as offering an animalfriendly design. This involved a smooth motion that would keep the sharks calm, with the trolley moving at a continuous but slow pace so the aquarium staff could walk alongside the moving sharks without needing to run, and a lowering motion that would lower the sharks gently into the water without splashing.

The materials used could also not interfere with the pH of the water or oxygen levels, to ensure that the environment in the aquarium was kept as natural as possible for the sharks.

Initially, the engineers and architects collaborating on the project considered a mobile floor crane double-rail system with a serpentine design, but this was deemed to require too much of the already-limited floor space, and there were also concerns that, if not used properly, the crane could roll into the pool.

ATI proposed an overhead crane, and set the engineering team the task of developing a system that would accommodate very low headroom, with less than 8ft overhead. When ATI analysed the cumulative headroom requirements of the floor clearance, the animal in the harness, the sling/strap device, the height of the crane beam, the height of the trolley and hoist below the beam, the calculations showed that there was insufficient headroom for a traditional trolley and hoist system. Furthermore, the path of the bridge travel was a potential issue—a standard overhead crane system running laterally would not suit the project, due to the staggered pools and the positioning of the gates between pools.

ATI therefore developed an S-shaped double-girder bridge crane track with a unique zeroheadroom hoist and trolley system, said the company. The hoist was built directly into the trolley, reducing headspace requirements, with only the hook hanging below.

The track ran a total length of 100ft, covering almost 94ft end-to-end—this included 8ft of track leading out of an access door, enabling the hoist to lift animals into and from the street-level loading area.

To ensure the crane did not contaminate the pools, ATI designed and fabricated the trolley out of 316 stainless steel, for corrosion resistance. The hoist featured a food-grade epoxy coating, wash-down motor, and stainless steel lifting chain and hook. All lubricants used were non-toxic and environmentally friendly, and while the bridge system was constructed of traditional carbon steel, it was coated with a marine-grade powder coating to resist salt water corrosion. The trolley travel was probably the biggest challenge in the whole project,” explained Vida Novak, lead engineer at ATI.

“The trolley had to be much longer than originally anticipated, which increased the wheelbase. This made it very difficult to navigate the curves of the track. After making several adjustments to the trolley and even trying to make the rollers pivot, we saw slight improvements but the trolley continued to get stuck. Finally, we decided it needed an upgrade, so we converted the trolley to ‘fourwheel drive,’ enabling all the rollers to navigate the curves in the track smoothly and effortlessly.”

The Shark Crane is still used regularly at the New York Aquarium when the water in the pools needs to be changed, when new animals arrive, or to transport the sharks to doctor appointments for vitamins, x-rays, or tests, adds ATI 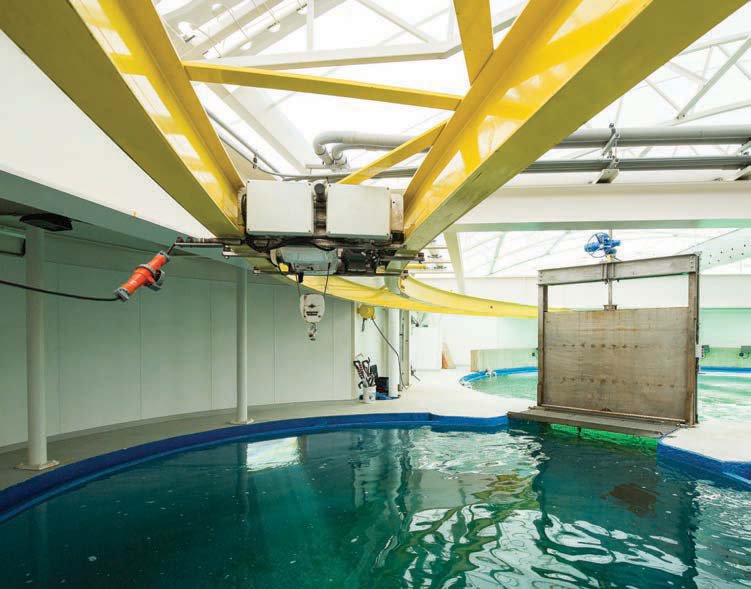 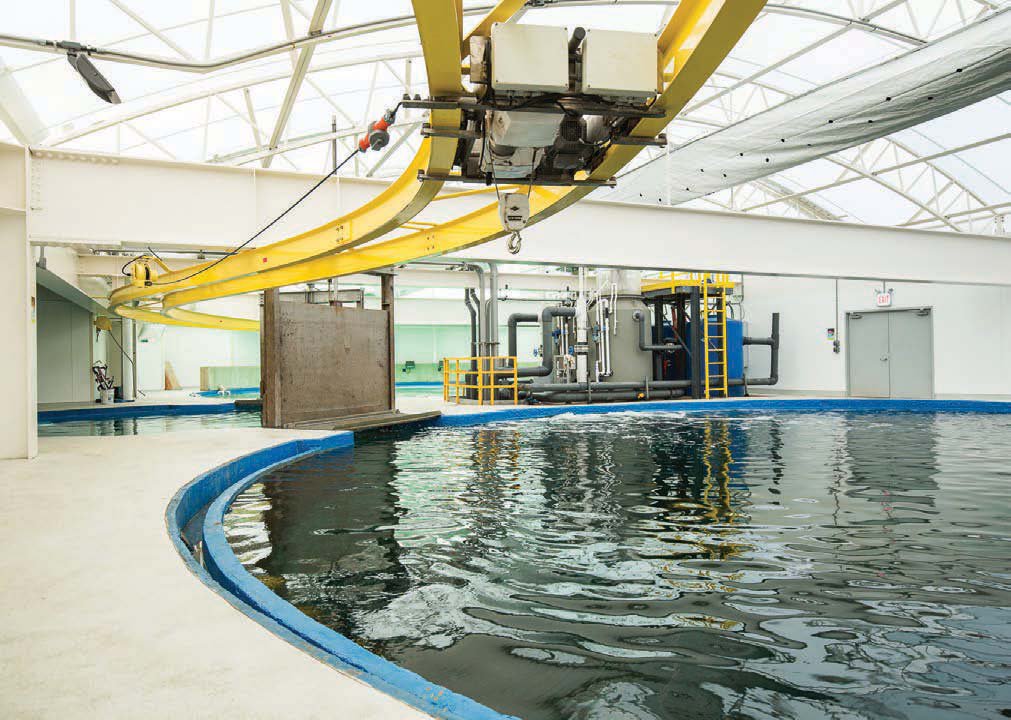 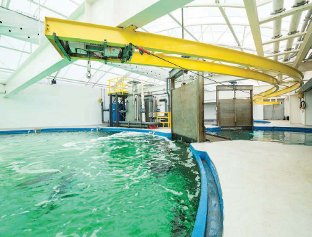