A system for lifting boats past a hydropower dam on the Upper Rhine has been redesigned by Innokran, using Stahl CraneSystems hoists.

A crossing near the station enables pedestrians and cyclists to cross the border between Germany and Switzerland over the river. However, the barrage used by the power station creates a 10.6m height difference between the tailwater and headwater sides of the facility. Fish ladders have been built for fish to navigate the obstacle, and a boat transfer system has been built for ships.

Previously, a rope winch was used to transfer boats from tailwater to headwater, pulling boats out of the water via a ramp before they were transported to the re-entry point on a roller conveyor. As part of the renewal of the concession for the power plant, the boat transfer facility was updated, with Swiss company Inauen-Schätti AG responsible for the conversion.

Inauen-Schätti commissioned Innokran, a certified crane building partner of Stahl CraneSystems for many years, to build the system.

Klaus Fetzer of Innokran said: “Initially it was planned that we would only supply the drive components for the new transfer system. After several discussions with Inauen-Schätti AG, however, a complete design and construction of the transfer system by us turned out to be the most sensible solution. In February 2018, the concept of the system was ready with a portal crane on the tailwater side and a pillar jib crane on the headwater side.”

The system lifts boats ashore from the landing stage of the headwater, using a 6.47m-high, 4t-capacity pillar jib crane with a reach of 6m, and fitted with an ST 50 chain hoist.

When on land, the boats are transported around 100m past the weir to the entry point at the tailwater and lowered back onto the Rhine, using a stationary portal construction. This system has a length of 20m, and is 20m high on the water side, and 6m high on the land side. Innokran installed a specially-manufactured double-girder suspension crane on the construction— with a 5.4m span and fitted with two stationary SH 40 wire rope hoists from Stahl, each with a load capacity of 2.5t— to lower the boats. The wire rope hoists can be used individually or in tandem operation, via a radio control system.

Boats up to 15m long, 2.2m wide and weighing up to 2t can be transported using the new system. 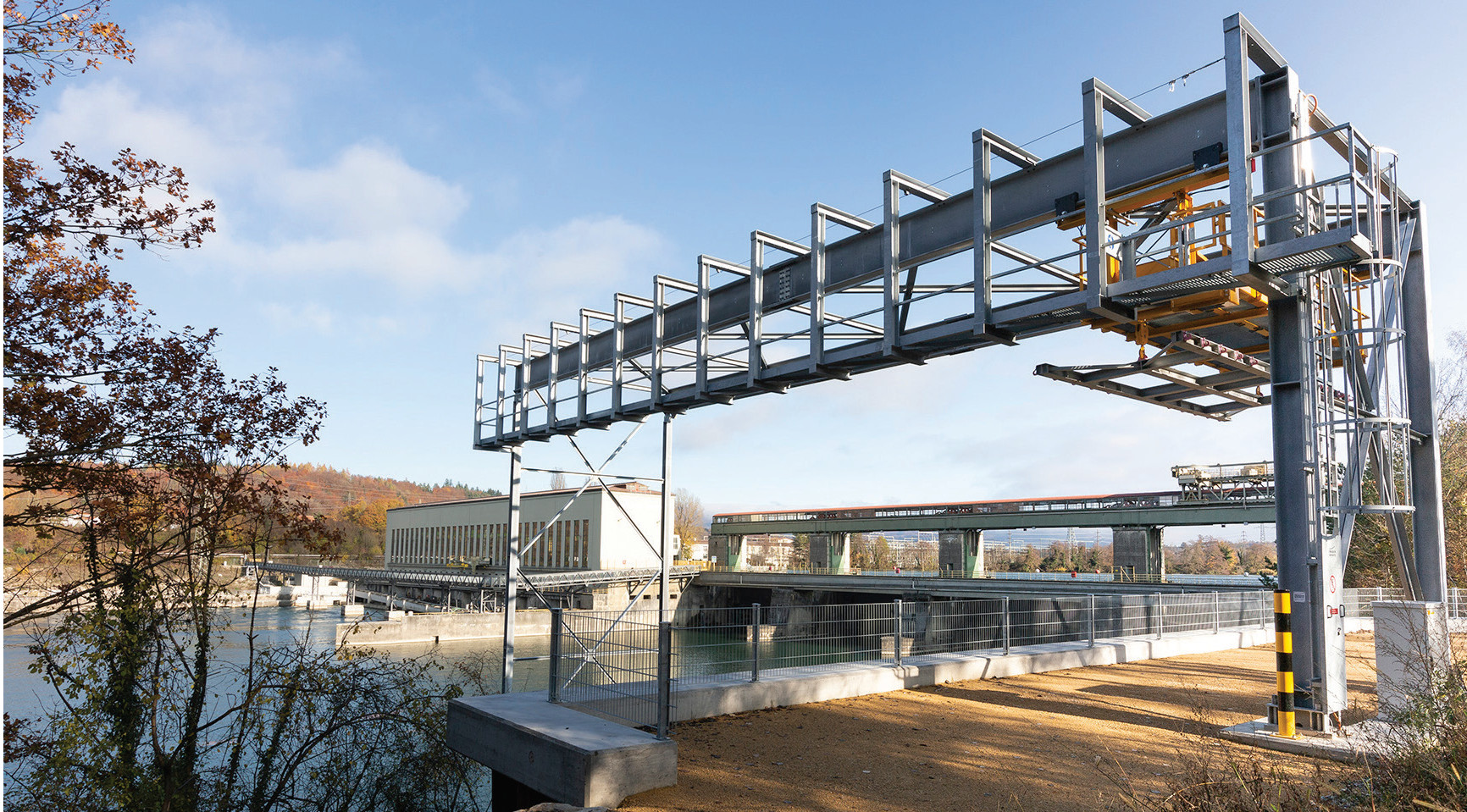 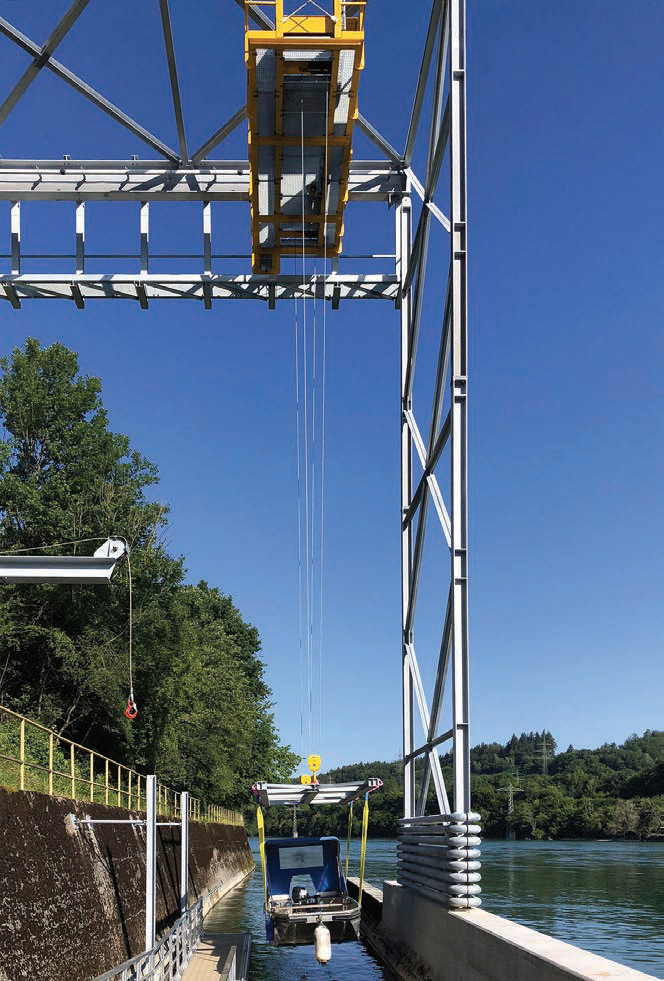 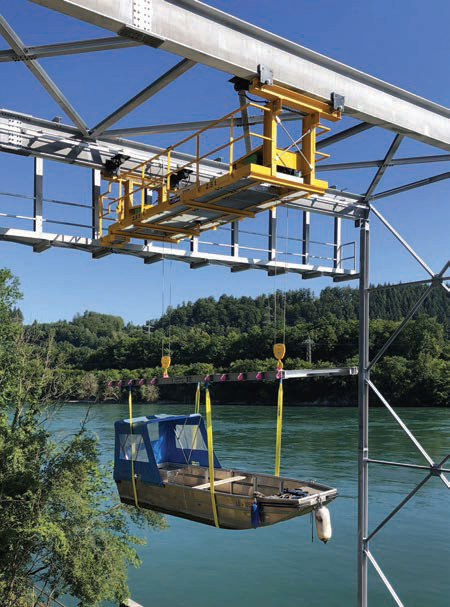