Having ordered several overhead, jib and portal cranes from Pelloby in the past, Special Metals chose the manufacturer to provide this 16t turntable crane. The new machine is designed to quickly rotate lengthy or cumbersome goods and materials when moving them between various workstation or storage positions.

The girders have a total span of 23470mm and are supported by existing gantry steelwork within the building. A handheld radio control is used to operate the longitudinal motion of the beam, the crab movement, and the turntable’s rotation.

Two Eurobloc hoists with eight tonne safe working loads sit at either side of the crab unit, supporting loads of a combined total of 16t.

Marcus Upcott, engineering supervisor at Special Metals, said: “Where previously we might have had to use a forklift truck to ensure these goods were facing the right direction before being ready to use one of the existing cranes in the foundry, being able to rotate materials as they are being moved has helped improve our workplace efficiency immeasurably.” 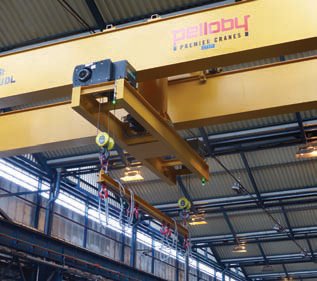 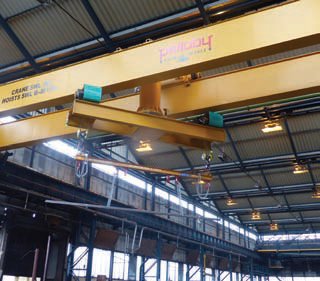 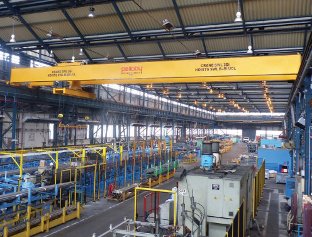