Think outside the box for cranes and hoists

When contemplating entering the cranes and hoists market, panel system integrators need to think outside the box - not only laterally but vertically as well. Mainstream horizontal applications like conveyors cannot be shoehorned into the same category as cranes and hoists. Tony Young, owner and director of CP Automation explains the complexities of vertical lift applications.

The latter is important when working at height and systems integrators need to be fully insured when taking on this specialised environment. They need to be ISO-registered and carry out risk assessments on all crane installations.

If one considers moving a heavy object on the end of a length of cable, there are lots of complexities involved, like using anti-swing program software for example, when setting motion ramps and profiles in an inverter or PLC.

The systems integrator needs to make sure that whatever the weight of the object, the crane or hoist should not be stopped so suddenly that it starts swinging back and forth to the point of losing control and causing damage as well as delaying the actual hoisting.

This is not the same thing as a soft start because the problem is one of controlling motion along several axes at the same time. For example, where a load needs to be lifted from a ship while the boom of the crane is also rotating, the load is swinging around and needs to be slowed down correctly to avoid the crane operator losing control of the load.

A crane's load suspended from a cable creates a pendulum that swings in motion. Anti-swing control calculates and compensates for this motion. The trade-off is between reducing load oscillations and transferring the load in a reasonable time.

In the past, before proprietary anti-swing software was available, this required considerable skill on the part of the crane operator. Controlling the load position and its swing may be implemented in a proportional derivative (PD) tracking controller to follow a prescribed trajectory.

Then, another controller may need to be added to the control loop to damp the load swing using techniques like timedelayed feedback of the load swing angle and anti-swing fuzzy logic control. A mapping method used for generating the rules can be applied to mimic the performance of an expert crane operator.

Other functions may also need to be programmed in an IEC 61131-compliant PLC language like ladder diagram (LD). Codesys is rapidly gaining currency in modern software development, for example in the latest generation of variable speed drives from Control Techniques.

In fact, Control Techniques UK has appointed electrical and automation company CP Automation as its Integration Partner for the UK cranes and hoists market.

The aim of the integration partner agreement is to allow Control Techniques to improve on and standardise its levels of sales and service across the UK in specific sectors. The company sees technical capability and a thorough understanding of the market, in this case cranes and hoists, as the key requirements for a new integration partner.

He adds: "Customers using Control Techniques equipment will benefit from CP Automation's experienced and highly trained team of engineers, who can provide both in-house and on-site commissioning, servicing of inverters and ancillary products such as those typically used for motors in cranes and hoists.

Systems integrators need to kit out workshops that are fully equipped to rapidly identify faults and components failures. They also need to employ experienced and highly trained engineers to provide both in-house and on site services for all types of drives. Furthermore, they should offer a complete industrial electronic service.

So when designing panels for cranes and hoist applications, it pays to think outside the box. 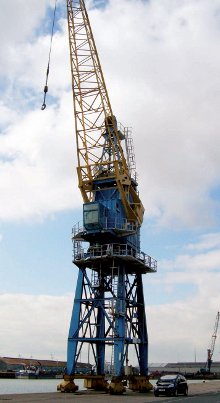 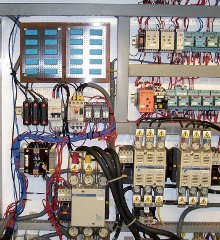 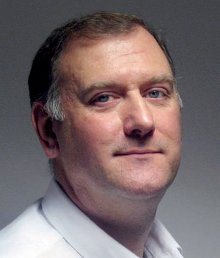