Taking the next step

Manufacturing sectors across north america and canada are experiencing mixed fortunes. contraction in areas such as automotive is reversing the gains made earlier in the summer, but crane builders, manufacturers, and suppliers remain busy by focusing on their strengths. We speak to a manufacturer each side of the border.

When George Bernard Shaw said that "if all economists were laid end to end, they would still not reach a conclusion" he could well have been talking about views on Canada's economy today.

Hit first by the swift plunge in oil prices and now the economic turmoil in China, the Canadian economy has taken a battering. Economists agree it's in bad shape, but just how bad is a matter of opinion.

Prior to the official figures released on September 1 that confirmed that the economy has entered a recession, some economists argued that there was a "technical" recession in the first half of the year, others described it as a "mild recession" and predicted a second-half recovery, while others believed the recovery would be much more tepid.

Now the official figures show that GDP fell by an annualised rate of 0.5% between April and June, following a contraction of 0.8% in the first quarter. However, trade picked up in June, leading some analysts to suggest the worst may be over.

Whatever the view, there's no doubt that the country's economy needs help. In July the bank of Canada lowered the benchmark lending interest rate by quarter of a percentage point to 0.5% and it was expected to cut it again in September to 0.25%. This matches a record low set in 2009 during the global financial crisis. And the Canadian dollar is at its weakest since 2004.

Prime minister Stephen Harper, on the campaign trail in a bid to win a fourth term in the federal election on October 19, is reported as saying the Canadian economy has great prospects, citing the country's strong housing and jobs markets in particular.

This optimisim is backed by Timetric's forecast report, "Construction in Canada - Key Trends and Opportunities to 2018". The business analyst says that during the forecast period the construction industry will record a compound annual growth rate (CAGR) of 5.07% to reach a value of USD 397.9bn by 2018.

Residential construction was the second largest market in 2013, with a 35.9% share of construction. Timetric expects this sector to record a forecast period CAGR of 4.17% to a value of USD 137bn by 2018.

Although industrial construction occupies a smaller proportion of the market, the government has made efforts to expand the country's manufacturing base, which is good news for overhead cranes and hoists manufacturers and distributors. Industrial construction is expected to reach a forecast-period CAGR of 5.12% to value USD 16.9bn in 2018. Another Timetric report, "The Global Cranes, Lifting and Handling Equipment Market - Key Trends and Opportunities to 2018", reveals that the market has grown year-on-year since 2009. It is expected to continue to grow until 2018 but the rate of growth has slowed from the peak of 2011.

Wayne Davis, vice president of O'Brien Installations says that the main areas of growth for its business has been with respect to its products in the Met Track light rail crane systems, Jib Cranes and its our Overhead Cranes.

He explains: "The increase in actual business volumes has come from several different sectors of our business. The areas that have experienced the most growth are the mining industry in Northern Ontario, the Steel Rebar business here in Southern Ontario along with the power generation clients here in our local market.

"In addition, we are seeing more growth from the manufacturing sector here in Southern Ontario with all three of our main products being utilised.

According to Davis, its business has typically come from the same sectors year after year with the exception of the mining industry in Northern Ontario, which is a "direct result" of the efforts put forth by its dealer network in Northern Ontario.

The single biggest thing we need to look at when it comes to a project is whether it is something that we can provide at a competitive price. What O'Brien brings to the table as a "value added" component is our years of experience and the depth of knowledge within the company. Our company motto is "Big enough to know and small enough to care".

In North America, Integrated Machinery Solutions (IMS) has come a long way since its inception six years ago. Earlier this year, the American business officially opened its 51,000 square foot manufacturing facility in Azle, Texas. So where does IMS go from here?

"I firmly believe that we can design and build just about anything involved in the movement of product," explains a buoyant, and bullish Rick Reeves who, along with Steve Bond, founded the engineering and manufacturing company in 2009.

Speaking at the ribbon cutting ceremony at the opening of its new facility, Reeves is reflecting on the creation of the new building that took almost a year and a half and finished, ultimately, just a few months shy of IMS' six-year anniversary.

IMS' focus is in the provision of custom equipment solutions for the overhead crane market. Its product offerings focus primarily on custom engineered hoists and end trucks but the company is staffed and equipped to provide services and equipment for other parts of the material handling sector.

Reeves explains: "Historically our business focus has been to provide crane builders with components and services geared towards the overhead crane market.

"This may consist of custom designed hoists, end trucks, gearboxes, and other machinery. In addition, we have put staff in place to support the design and manufacture of other custom solutions, whether that be power rotating loadblocks, spreader beams, or transfer cars."

Of the seven degreed engineers on IMS' staff, two are dedicated to providing consulting services to both crane builders and end users.

The company's new facility is not only considered a vast improvement over the previous location, but it is also an important step for IMS and viewed as a strategic part of the overall growth plan. With a forty-four foot ceiling and ample crane capacity, product size is no longer a restriction when bidding projects.

Reeves' founding partner Bond elaborates on why IMS decided to construct the new facility: "We were extremely limited by our original leased building and had difficulty finding space in the DFW area that met our needs.

"It made sense to start with a clean sheet and design a building from scratch. By taking this approach, we were able to create a layout to compliment process flow and greatly improve efficiencies. "In addition, we now have two thirty ton overhead cranes with plenty of headroom to support the heavy machining, fabrication, and assembly of the projects we undertake."

The company's celebration earlier this year offered those associated with the business an opportunity to reflect on the achievements 'Team-IMS' has accomplished over the past six years, and also provided an opportunity for IMS to thank the customers, vendors, and employees that made the construction of a new facility possible.

Rick Reeves explains: "Given the large turnout this weekend and the encouragement we've received, it is evident that our customers, vendors, employees, and those associated with the Azle community believe in what IMS is doing and are ready to support us as we grow.

"For years we have embraced the term 'Team-IMS' and that phrase has taken on special meaning this year. Without the full support of Team-IMS, we would not have been able to take this important step in the continued growth of the company. Steve and I are truly grateful to all those who've helped this company get to where we are today." 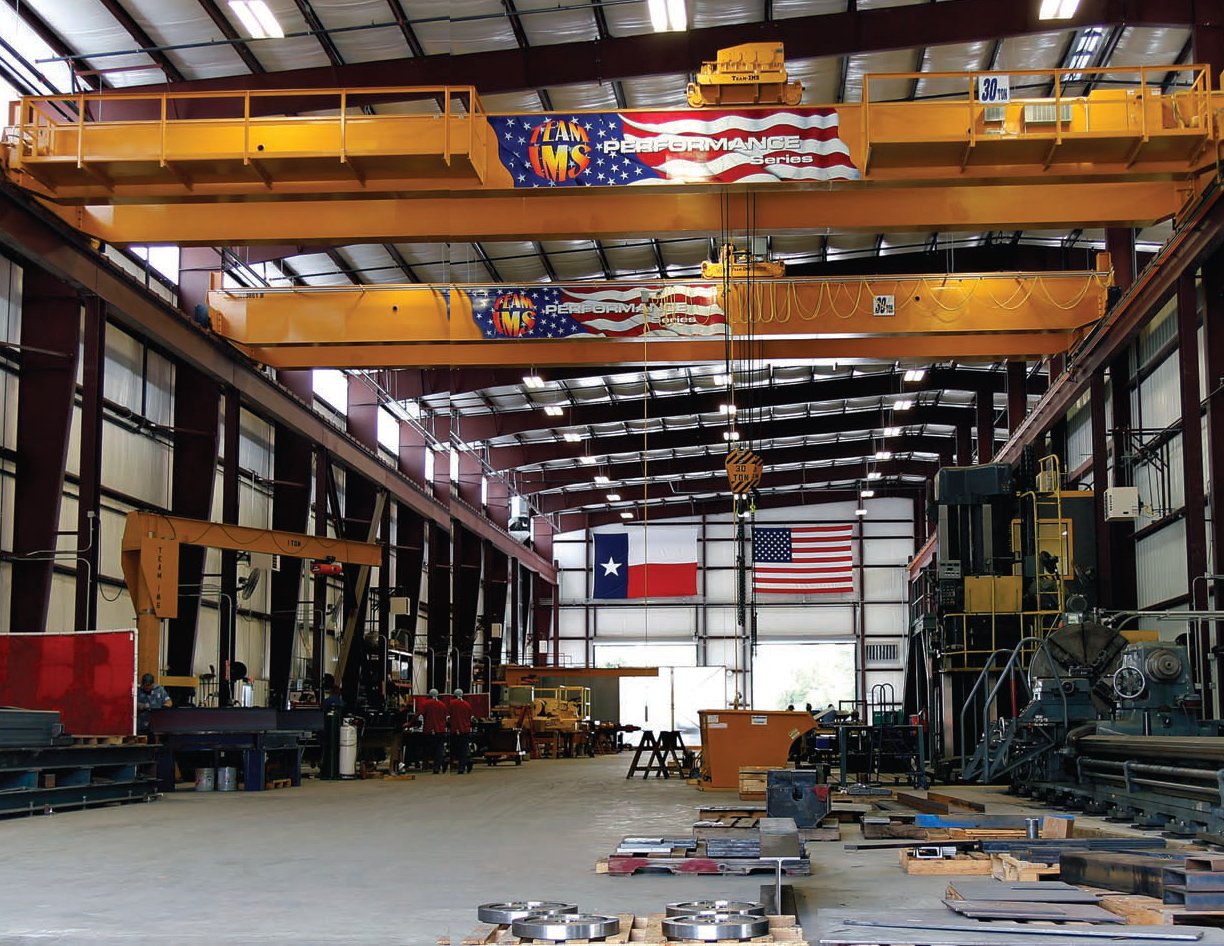 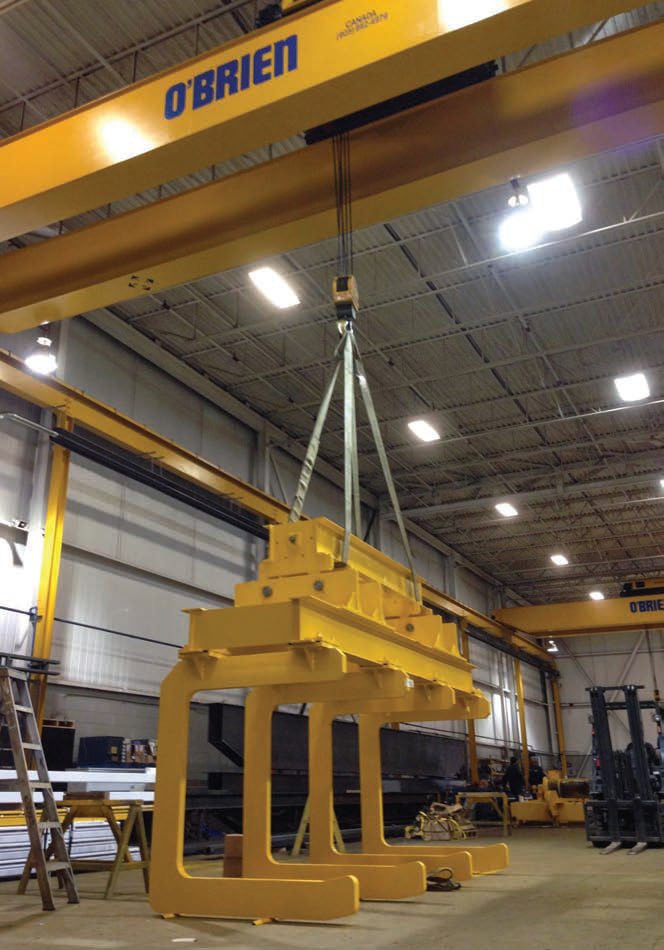 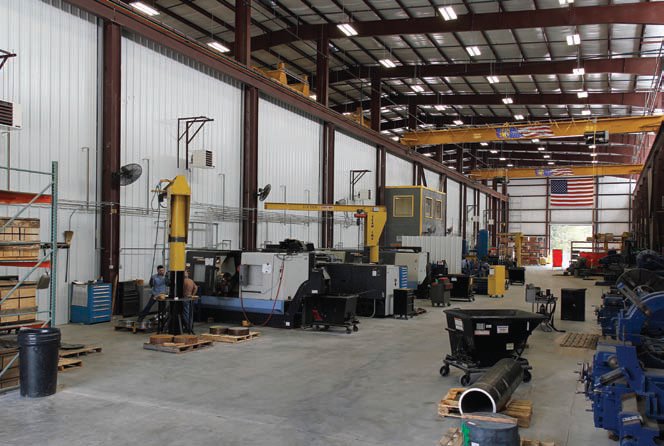 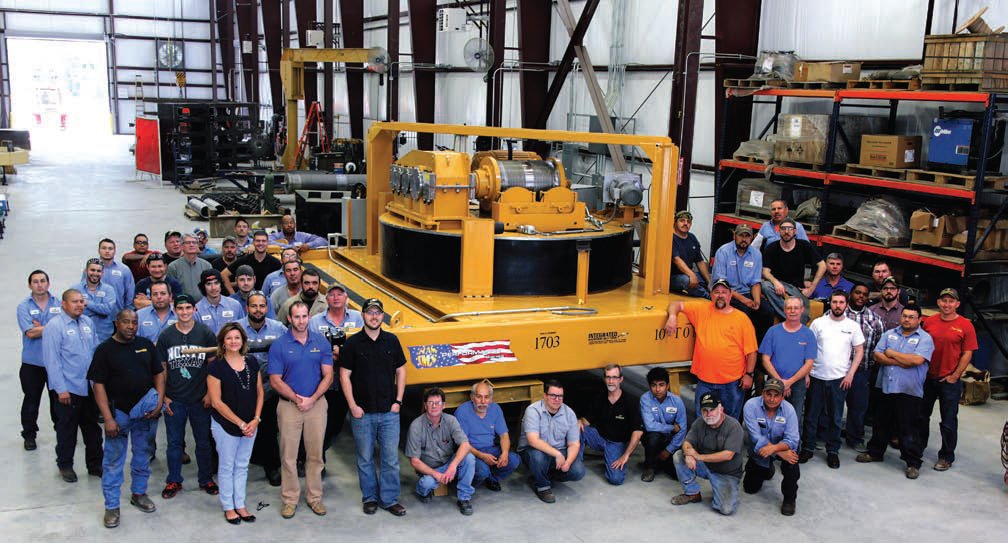 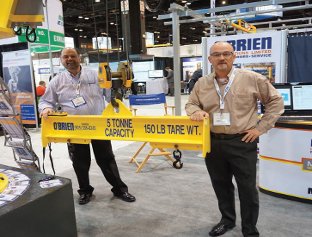