Elebia has partnered with ALP Dynamics FR Corp in Panama, to set up an evo10 automatic hook with marine configuration on a fixed gantry crane addressing the need for sanitation in Panama Bay, where wastewater is diverted from the sewers to a purification station.

ALP Dynamics specializes in the manufacture, installation and assembly of metallic structures. Prior to the project a non-fixed crane was used to manoeuvre the pumps either for maintenance or replacement and an operator had to descend 50 feet to where the cleaning pumps were located to attach the crane hook to the lifting point.

After reviewing the process the company decided to install a fixed crane at each station. There are 13 water pumping stations in total and in each station there are three to six cleaning pumps, which weigh 1.4 tons, at a depth of 50 feet/15m. Their function is to drive the wastewater to the next pumping station until it reaches its final destination, which is the purification station.

“The Ministry of Health of Panama (MINSA), via SUEZ International, needed a technical solution for pumping water. There was a need for sanitation in Panama Bay, where wastewater is diverted from the sewers to a purification station. Previously, a non-fixed crane was required to manoeuvre the pumps but upon review it decided to change this procedure without depending on a 70t crane, and to keep operators at a safe distance. ALP Dynamics FR Corp, already a supplier of SUEZ International, proposed using a fixed gantry crane 16 feet high and 20 feet in length set on 50 feet tracks. Along with the crane, an automatic hook from elebia with marine configuration could extract the pumps remotely,” said Esteve Fornells, marketing manager, elebia.

“From the moment the contract was signed, it took four-and-a-half months to complete. This included the manufacture of the gantry crane from a Spanish company, the hoist, the automatic hook, installation and start-up.”

Thanks to the evo10 marine hook’s automatic engage and release, it engages and releases the load remotely, so the operator does not have to go down into the pit to manually hook on the lifting point. The entire operation is now managed from the surface, at a safe distance, using a remote control. The same method is already being planned for cleaning pumps of up to 8t. from other water pumping stations.

The evo range of safety hooks have an inbuilt magnet, which means when the magnet is close to the load, it attracts and correctly positions the sling. The operator pushes the control button, the hook closes, catches the ring and lifts the load without any additional handling.

“The main challenge was this kind of technology had never been used in Panama, but ALP Dynamics FR Corp and elebia conducted studies to avoid possible obstacles,” added Fornells.

For example, it examined the existing soil and how to support the weight and transfer of the crane along its rails. As for the hook, it looked at how it could adapt the mechanical and electrical parts of the hook so that they would work well together in extreme conditions..

Fornells added elebia has seen an increase in demand for products in the subsea sector for load dropping as well as automated processes to reduce time and increase productivity in lifting operations.

The future, he said is for internet connected devices to enhance remote, monitoring and load tracking, where products carry sensors to make applications safer and smarter. 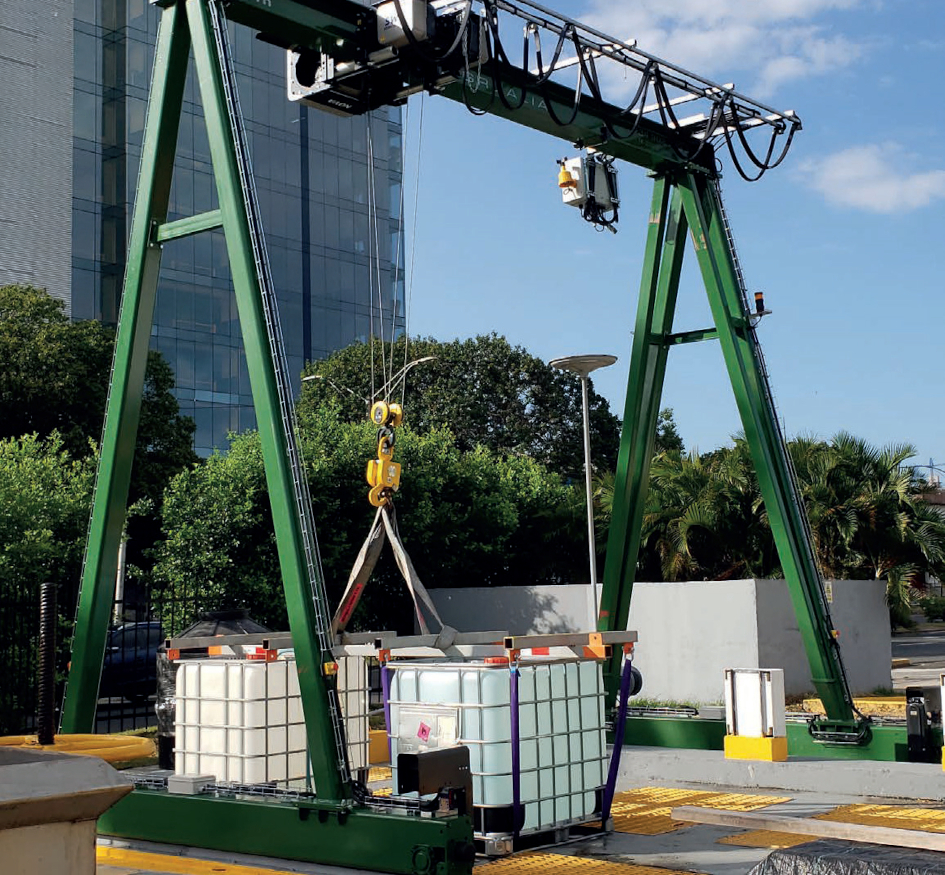