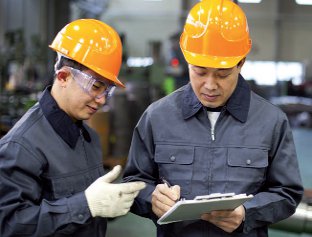 New lands of the rising sun 28 January, 2013 As was true of the American presidential elections held recently, business seldom waits for the diktats of a new government, but carries on regardless. But will change bring real change in China?

Exhibiting at the show... 27 September, 2012 With the twelfth annual CeMAT Asia exposition fast approaching, Hoist Magazine gears up for an impressive show in the even more impressive city of Shanghai

CeMAT soaring in Shanghai 27 September, 2012 After the success of last year’s CeMAT Asia, the world’s material handling companies will descend on Shanghai again this year for CeMAT Asia 2012, to be held at the Shanghai New International Expo Centre.

Lifting on the dock of the bay 07 March, 2012 Mike Clark speaks to manufacturers of container and bulk handling equipment, and finds out how increasing traffic and changes to cargo flows are pushing demand for cranes around the world.

Curtains up 02 January, 2012 Mike Clark finds that new venues around the world are bringing new optimism to the theatrical rigging sector.

Anglo-Indian partners 26 December, 2011 Street Crane, based in the English countryside, has recently formed a new partnership with K2 Cranes in Chennai, India.

Most prominent in the pages of this issue is a profile of the partnership formed between Karthigeya Group in Chennai and British independent manufacturer Street Crane. Under the deal, a...

Turbulent times 30 November, 2011 Phil Bishop reports on recent crane industry developments across the Middle East and North Africa and finds Saudi Arabia to be a particular focus of interest.

The biggest step of all 10 November, 2010 Would the industry, or its customers, really benefit from further consolidation? Phil Bishop explores the issues.

Sparks of life in US fab shops 07 April, 2010 Overhead lifting equipment suppliers hope increased quoting activity from US metal fabricators is a sign that the market is beginning to recover. Myra Pinkham reports