On the right track

Demag partners with one of the largest Czech manufacturers of diesel-electric locomotives and special railway vehicles to install several cranes in its new workshop.

Founded in 1849 when a railway factory was built in Ceská Trebová the cranes will be used in the production of locomotives after it launched a second workshop in Jihlava last year.

CZ Loko shunters are found in large production facilities where they move rail cars over shorter distances. They play an irreplaceable role in these applications and customers include the metallurgy, paper and wood-processing industry. Some locomotives are also modified for train or metro track maintenance.

“The new workshop is especially important for our future development. Our plan is to have three finished locomotives leave the workshop every month,” said Michal Schaffer, marketing manager, CZ Loko.

“We are always looking towards the future. The automotive industry is not the only sector focusing on electric drives. Standard shunters have always used combustion engines, but CZ Loko was the first to manufacture locomotives with a hybrid engine of its own design in 2003. The company continues to expand its portfolio in this direction, with a focus on sustainability in the use of resources.”

The construction of a locomotive includes its platform as the frame, onto which various modules are installed. The first module contains pneumatic equipment, which uses compressed air to drive other parts of the locomotive. The second module is for cooling, and the third module contains the engine with a generator. This is followed by the cab module, and the last module includes the electric equipment.

“Finally, the chassis manufactured in Ceská Trebová is installed below the frame,” added Schaffer.

“The individual modules are manufactured and assembled at various workstations at CZ Loko. Their weight is naturally high, which makes handling them more difficult. The workshop includes four Demag ZVKE double-girder bridge cranes with a load capacity of 32 tons.”

Miroslav Veltruský, project manager, Demag, says the cranes need to handle large and heavy loads with a high level of precision. Therefore, the crabs are equipped with special hoists for precise lifting, which ensures the hook remains in one axis when lifting and lowering..

Demag V-type cranes have excellent dynamics and a long service life thanks to their low deadweight. There are several workstations in the building. When a load weighing more than 32 tons needs to be handled, the cranes can operate in a tandem of two cranes on one track to lift up to 64 tons together.

It also comes with a Demag SafeControl and Demag StatusBoard, which can visualise the operating statuses of the crane in real time

“Considering their weight and loadbearing capacity, this design (Demag V-type cranes) is lighter, while stronger, which leads to more stable movement of the load when the crane travels. That helped us save “kilograms” of the crane runway girders,” added Veltruský.

Shunters are not sprinters, but marathon runners, so the company is also busy with repairs and modernisations of older models and Demag Service looks after crane inspections and maintenance. 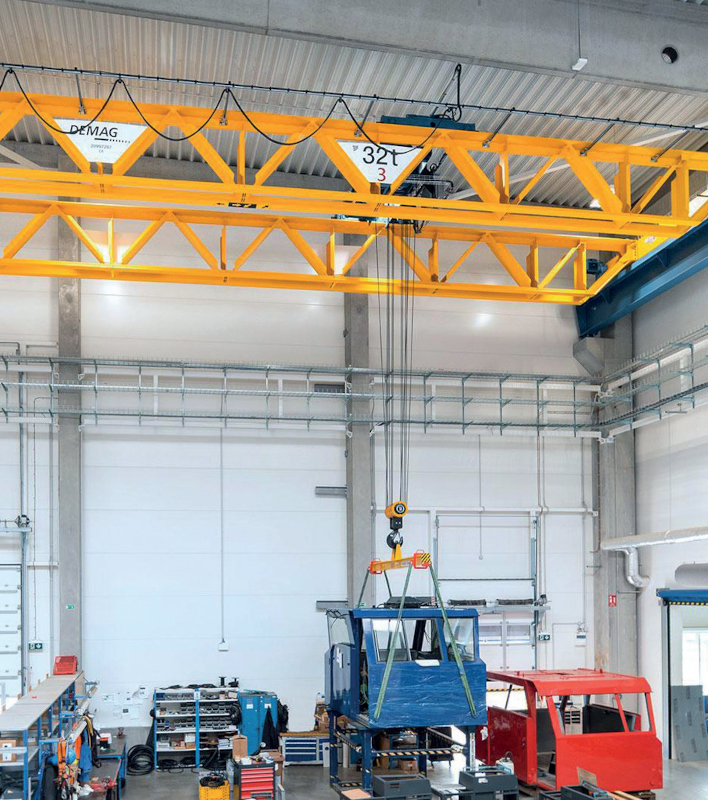 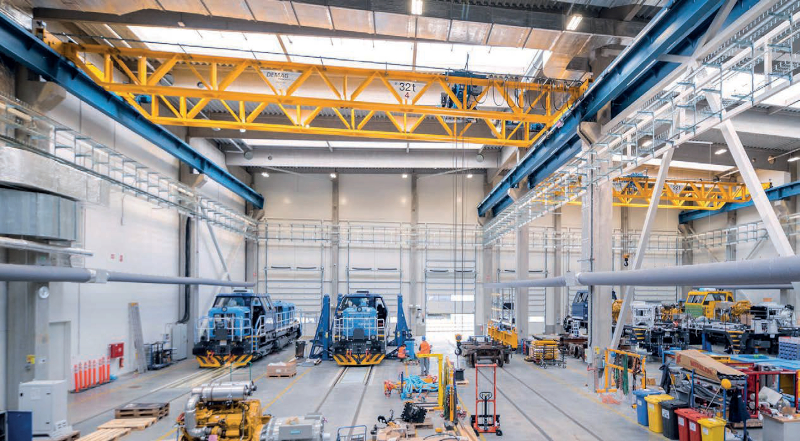