New possibilities for Crosby and Straightpoint

Daniel Searle visited Straightpoint’s Havant premises to find out more about how the business will be adapting under its new owners, US rigging manufacturers Crosby Group.

Oklahoma-based Crosby Group, a leader in rigging for the lifting industry, acquired UK-based load cell specialist Straightpoint at the beginning of January, and since then, activity at the two businesses has continued apace.

Internally, though, is where the most activity is taking place, with the Crosby and Straightpoint teams working together to integrate their businesses.

“We brought the teams together in the first week of 2019 in the US, and in the second week of 2019 in Europe,” says Robert Desel, chief commercial officer at Crosby. “There have been lots of processes to integrate, but it has been seamless. We’ve done some training with the teams in the field, with more training to roll out. And once training is completed, we’ll then be able to spend more time with customers.”

The acquisition of Straightpoint was not part of a long-established plan, says Desel, but the result of identifying a good mutual fit. “Our company has been out of the acquisition space for several years,” says Desel. “We have a relatively new management team, but they didn’t join the company with a playbook.”

The deal has progressed swiftly, says Desel, thanks in part to the agility of the Straightpoint team—and has already produced some exciting results in terms of new technology.

David Ayling, managing director at Straightpoint, explains that the two companies have specialised in different industries, which provides each business to view the other with fresh perspectives: “We’ve been speaking with the Crosby engineers, and between us we’ve had ideas that neither one of us would have otherwise had,” he says.

As part of the company’s day-today operations, more opportunities for innovation will present themselves, says Desel: “In the coming weeks we’ll go on supporting distributors, bringing the Crosby team up to speed, and increasingly working with customers. That includes making sure that our customers are using the right products for the right applications, which will also inform us of any needs for products that we can fill with new developments.”

Completing the training of the Crosby team in Straightpoint’s technology will also inspire new technology, says Ayling: “The Crosby team being trained up means more opportunities, some in new industries, and being able to cascade the use of load monitoring.”

In terms of new innovations, there’s a new product due from Straightpoint before the end of 2019, while the Bluelink system was launched recently, offering an approachable entry into load monitoring, in terms of both ease of use and the price-point—helping to make its use more widespread.

“The dream is that every lift is weightmonitored,” says Ayling. “With Bluelink, the load can be monitored through a phone, at a safe distance—the operator doesn’t have to be close to a mechanical dial to read the data output, as with traditional systems.”

Desel has the same aim: “We want to implement an ‘every lift, every time’ philosophy,” he says. We’re shocked when people only monitor lifts over a certain minimum weight; all lifts are complex lifts.”

There are further similarities between the two businesses—for example, both companies focus on their standard range of products, but also regularly do specialised work for customers too.

“Our standard range of products accounts for more than 95% of our sales,” says Ayling. “But we also supply some one-off equipment, such as smaller, made-to-order hoists in areas including subsea. Some low-headroom applications require load cells integrated into hoists, as there is insufficient room for hanging a stand-alone load cell.

“A lot of our standard products have come from bespoke orders, such as the COLT (Clamp On Line Tensionometer), for pre-loaded wire rope, where there is no free end to attach a load cell.”

The two businesses, separated by the Atlantic Ocean, are experiencing different situations in their domestic markets. In the UK, the delayed Brexit process is an ongoing issue, says Ayling: “For any UK manufacturing company there is uncertainty. However, the decreased value of the pound does help to encourage export orders.”

Desel adds: “We are watching the situation—we have continuity plans around our supply chain for manufacturing in the UK and continental Europe. We have inventory in the right place if there’s a period of uncertainty.”

Conversely, the US market has been booming, says Desel: “In the US, the market was very strong in 2018 and we’ve had an equally strong start to 2019. We supply globally but are biased towards North America, and there have been large infrastructure projects in the US and Canada. Infrastructure in all the Americas is doing extraordinarily well, including pipeline infrastructure for the oil and gas sector, which is very important. The offshore sector is coming back in earnest after years dormant. There are no soft sectors per se.”

Crosby has already put in the foundation work to put the company in a position to take advantage of the strong market, having throughout 2016 and 2017 worked on its internal processes, improved customer service, and established a new forging operation in Texas, says Desel. “We now have a bit of bandwidth for inorganic growth,” he adds.

With the acquisition of Straightpoint completed and the process of integration well underway, we discuss possible future acquisitions. “The Straightpoint transaction was our first in a number of years,” says Desel. “There are other opportunities in the lifting, rigging and securement industry to broaden our product portfolio and bring more value to our customers. Whether the growth is organic or inorganic—we’ll add where it makes sense.

“We’re owned by one of the largest private enterprise companies. We’re also able to leverage our global footprint and scope for innovation—there are lots of good, innovative businesses that don’t have the capacity to distribute worldwide. Whether we look at small or mid-sized companies, or larger companies, the focus is to bring value to the customer with a one-stop shop for everything they need.” 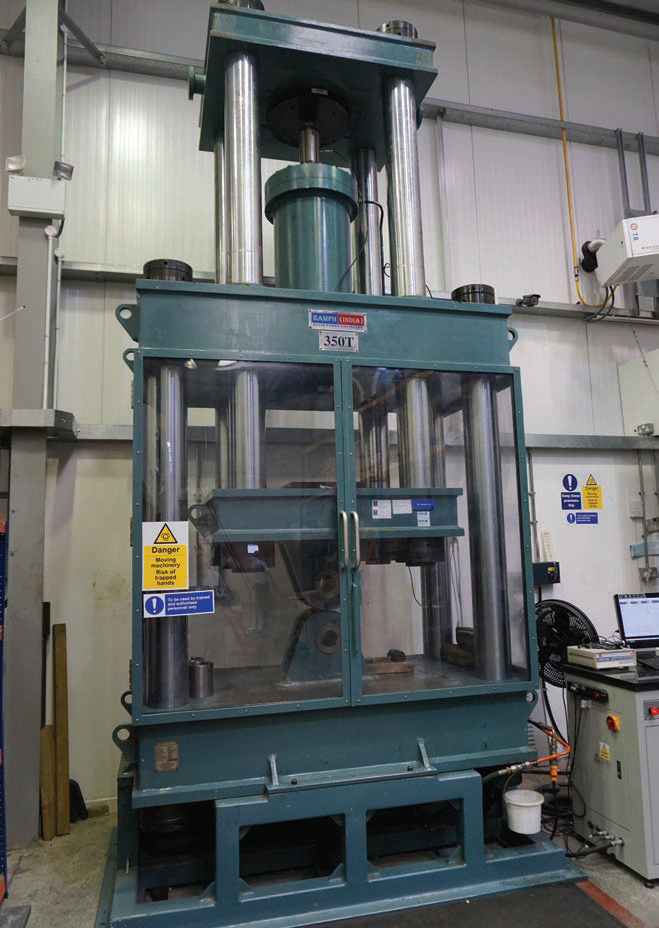 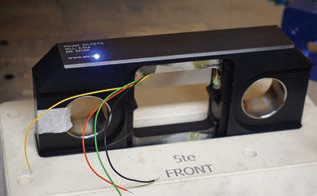 A Crosby Straightpoint load shackle ready to be shipped