The global economic recession had a massive impact on the automotive sector but it looks as if things are slowly starting to pick up. However, is this a temporary respite or a sign of things to come?

Recovery: 1. The act or process of recovering, especially from sickness, a shock, or a setback; recuperation. It perhaps comes as no surprise then that this term is one of the first mentioned when discussing the recent performance of the automotive industry.

It seems, however, that the cogs are starting to turn once more and while it would be naive, verging on ignorant, to adopt a one size fits all approach to this sector, automotive production and performance is on the up once again.

Global automobile production levels are set to increase by 21 million units by 2021, this is on top of 25 million-unit growth since 2009, new research shows. According to IHS Automotive, the Chinese market is expected to "dominate". China will perform well, accounting for half of this incremental growth but the North American sector will also see a considerable increase.

While declining demand in Russia and Turkey will no doubt limit European production, European output is expected to increase once more from 2015. The picture in Japan and South Korea is gloomier, however, with a decline catalysed by OEM looking overseas for business opportunities.

Elsewhere, while it currently purchases 70 percent of the vehicles produced in Europe, Western European demand will only contribute 50 percent of the production growth expected by 2021.

Transitory period
As a prime contributor to the gross domestic product (GDP) of a country, it is unsurprising that commentators place a particular emphasis on the performance of this all important industry. It could be argued that geographies such as North America and its automotive arena is undergoing something of a transition in recent months, but following a fairly sluggish winter, it would appear that vehicle production is once again on the up.

Inclement weather conditions, a reluctance to invest and an increased spent on other household utilities negatively impacted the performance of many US showrooms. But as 2014 progresses, the all important consumer confidence is returning and the wheels of commerce are moving once more.

This is of course good news for a part of the world that is the proud home of such established and successful brands as General Motors, Ford, and Chrysler. Recent reports indicate that North American vehicle production is projected to grow at a compound annual growth rate (CAGR) of 7.5% over the next five years, a rate that is considerably higher than other countries.

Production is increasing as consumer lifestyles and living arrangements change, resulting in a hike in demand for new vehicles. Coupled with a loosening of the purse strings, this can only be good news for manufacturers and suppliers in this space.

"The automotive sector business has been steadily increasing in recent years. Our automotive business increased considerably since 2012. In 2014, we have had a great start and we are on pace to maintain a steady increase through the course of 2014," claims Andi Schelkun, communications manager for the Americas at Konecranes.

For Schelkun and Konecranes, many of its automotive customers have been looking for a more "centralized, single-point access, online user-friendly technology" to maintain their cranes, and as a result, looking to the supplier to help them quantify how their equipment is performing. "We are continually working to make machines more intelligent and aware of their condition and network them to create real-time visibility for enhanced safety and productivity," he explains.

Shifting focus
According to a report from Markets and Markets, the automobile industry in the NAFTA region is dominated by gasoline vehicles, which account for more than 65% of total vehicle production in the entire region. When you shift the focus to the growth rate in this field, the market for gasoline is predicted to show a lower CAGR of 7.1% in the next five years, when compared to growth rates of diesel and other fuel options.

One such area of growth is in electric vehicles. Last month, General Motors announced that it was investing nearly $500m ($449m) into its Detroit-Hamtramck Assembly and Brownstown Battery Assembly facilities to catalyse growth in its electric vehicles and battery technology production. "General Motors is committed to building award-winning products and developing technologies in America, which helps to grow our economy from a resurgent auto industry," sais Gerald Johnson, General Motors' North America Manufacturing vice president.

"This is a signifi cant investment by General Motors and it helps to further position Detroit as a leader in the innovative technologies of tomorrow," Detroit Mayor Mike Duggan said. "We anticipate that the upgrading of the Detroit-Hamtramck Assembly Plant and the production of GM's next-generation electric vehicles will create well-paying jobs for Detroiters. As we continue to bring real change to our city, we need partners like GM who are committed to investing in our future.

Industry expansion
General Motors is not alone though in its US expansion plans. BMW is steadily progressing with plans to build a new North American factory to help meet growing demand with the company recognising the "potential" for growth within the US.

However despite this growth, the US has only invested a relatively modest fi gure in its industrial projects during recent years, but analysts are expecting the aforementioned expansion of the automotive and manufacturing sectors to aid this market's growth in the next four years. This has been helped, in part, by improving credit accessibility, low interest rates and also strong order outlooks in the manufacturing sector as confi dence in investments slowly begins to return in the marketplace.

Looking at recent research from Timetric, industrial construction in North America was worth US $40.1 billion in 2012, increasing its input to the region's whole industrial output from 53.8% in 2008 to 56.3% last year. The sector is also expected to grow at a compound annual growth rate of 4.87% over the next four years, representing an absolute increase of 26.9% over the market's value in 2012.

Upwards trend
This is positive news for manufacturers operating within the cranes, lifting and handling equipment markets in the US, with annual CAGRs of between 2.5%-4.0% in the next four years. As a whole, this market is anticipated to grow by around 3.04% in the same period.

For some, this growth is already having a positive impact on their business performance. "The resurgence of the auto industry in the U.S. has played an important role in the growth of company's such as ours," explains Hue Schlegel, director of marketing at Wisconsin-based Wildeck.

"Dealerships have consolidated and remodeled facilities and they have looked to us to increase their parts room capacity, effi ciency, and safety. The biggest challenge for Wildeck is to contact dealerships early in their facility renovation planning process to enable them to see the benefi ts of utilizing an elevated platform and VRC lift to optimize their parts storage and material handling processes."

According to Vida Novak, vice president of Air Technical Industries, the automotive side of the business has been a shining light since the recession. Traditionally, we do only about 10% of our business in automotive and related industries, but since 2011 we have seen that jumping to 15-20%, so we are very excited about the prospects for that continued growth," he explains. "We believe that the key factors driving growth in the automotive sector is the increased technology of automotive companies with the next generations of engines and new production processes. This has given us many opportunities in both production and maintenance activities where there is a continued focus on ergonomics as well as productivity."

Commensurate change
Despite a resurgent optimism in the performance of the US automotive sector, the predicted long-term health of this important industry has failed to convince all commentators. According to Adam Jonas, managing director and leader of global auto research team at Morgan Stanley, there will be considerable consolidation in the sector.

"We believe the radically changing landscape of autos requires a commensurate change of thinking in Detroit if the domestic OEMs, as we have traditionally known them, are to remain relevant 15 or 20 years from now," he explains, as reported by MSN. "The world has too many car companies: We cover nearly 30 auto assemblers globally across eight countries. In our opinion, the balance of economic, competitive and technological forces will ultimately consolidate this figure to five or six players."

He goes on to question whether domestic car firms can compete as the industry begins to migrate to "autonomous" driving in the face of larger technology giants. "Do GM and Ford have the right talent and organizational structures in place to achieve industrial leadership in these areas? Probably not enough, we think." 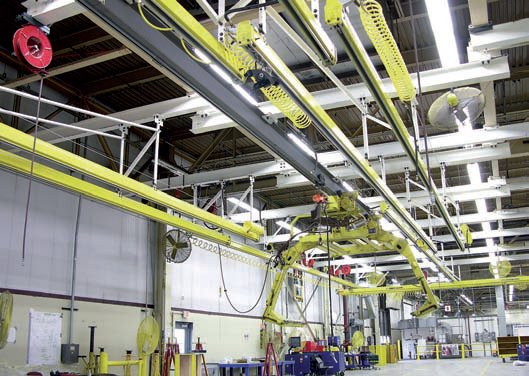 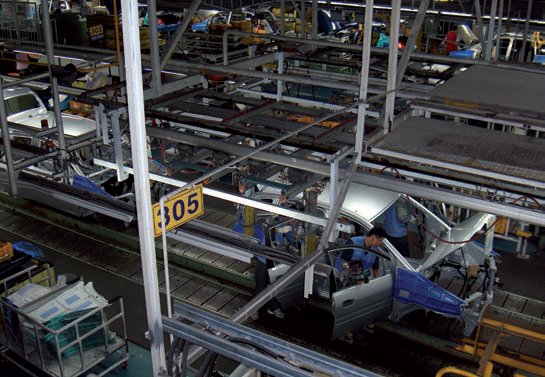