Man on a mission

Hoist meets Matthew Smurr, who served in submarines for the US Navy and now leads the ongoing evolution of MHI’s increasingly customer-facing product and solution groups.

Such is the structure of MHI, the nation's largest material handling, logistics and supply chain association, that product groups are essentially operated by member companies, who name individuals to take the roles of president and vice president (or chair and vice chair). MHI assigns staff to moderate, regulate, support and provide overarching membership value beneath the surface. There's a complexity to the role, given product groups are comprised of competing companies who come together to explore collective goals.

Formerly of the US Navy's submarine division, Smurr is familiar with the power of stealth, having cruised the world's oceans unseen, carrying out a variety of missions. Not only are there more synergies between his past and present roles than you might think, he says managing executives may be more effective if not of the industry they serve.

"Facilitation of a meeting is an art form and there is a need for an honest broker in those processes," he says. "I'm not a long-time material handling guy so I have had to learn the language but sometimes an outside viewpoint can present solutions that perhaps haven't been considered by those on the inside. It's a delicate process and part of my challenge is achieving success across 18 product groups with a very small team."

Smurr enlisted in the US Navy directly from high school and joined the submarine service as a nuclear Machinist's Mate. After his first enlistment, he was accepted into the Enlisted Commissioning Program and returned to submarine service as an officer graduate of the University of Colorado, Boulder with a degree in physics. He completed a Master's Degree from the University of California at Berkeley in Industrial Engineering/Operations Research as part of an assignment to the Naval Reserve Officers Training Corps (NROTC) Unit at California and, after two additional sea tours on Los Angeles class submarines, retired in Norfolk, Virginia.

Smurr has held numerous positions in several industries since leaving the service, including operations management for a nuclear decommissioning and decontamination services company working on Department of Energy (DOE) and Nuclear Regulatory Commission (NRC) projects; starting up safety organization efforts at Maersk Line in North America, inland operations and procurement of rail, truck and other services for Maersk; and third party logistics of all modes for BNSF Logistics.

"My background in nuclear power and nuclear decommissioning gives me a very deep appreciation for the level of detail and rigor that product manufacturers require of themselves," says Smurr. "In the overhead arena, this rigor is essential for the ongoing safe and effective use of the products. Additionally, the several diverse groups I have either managed or been a team member of will help me deliver value to our product groups."

The Overhead Alliance, a marketing group that represents CMAA, HMI and MMA's collective interests, largely revolves around educating end user communities to use the right tools for the job. In other words, don't use a lift truck when an overhead crane would be more efficient and cost-effective over the lifetime of ownership.

Forklifts have been a primary choice for moving items for decades. The Overhead Alliance is not out to change this, but it does want users to understand that there are options that are more job or application specific.

Finding the right peg to fit the hole is also important when related to people. As referenced earlier, being a managing executive or thought leader at MHI, or even extracting added value as a member company of the association, can be challenging. These aren't dealings that the outside world typically prepares one for. Hal Vandiver always used to say: "If someone asks what I do, I always start with a question in return: 'Have you ever been to a trade show?'" From there, Vandiver could paint a picture that resonated with some.

However, that has moved into the background as everyone involved is essentially trained up in the mechanics of the groups and are familiar with the boundaries of play. Hal Vandiver evolved his role into a leadership position and provided training of presidents and the vice presidents who succeeded them. The bigger picture for me is also leadershipbased and being active in the background to effect what a volunteer membership can't achieve on its own."

Smurr's role of senior director, solution and product groups, incorporates management of other managing executives. It requires a level of dynamism given the eclectic mix of product groups and their varied life cycles. As Smurr says, MHI has some groups with well developed strategies and active membership and some groups that are much earlier in their development. He puts the overhead lifting groups in the former category, by the way, epitomised by the success of the Overhead Alliance.

"I need to maintain excellent performance, improve and evaluate," says Smurr. "I need to pour energy into improvement and evolution. Hiring me is a direct acknowledgement that some of the groups have been challenged to evolve beyond early maturity levels. As an association we have to take some responsibility as well because managing executives have rotated somewhat so we need to instill stability wherever possible." Smurr will grow his team over time.

Recruitment brings many of the challenges outlined above. How do you find high class professionals with the right level of experience and personality to advance the work of a trade association looking to engage end user markets with product solutions?

"Initially, I use a lot of key words and phrases in my searches," says Smurr. "I look at people who have referenced, say, 'supply chain', 'material handling' or 'operations sales' in their work or resumes. If they've been selling relevant product at some point in their career and have the necessary background, the learning curve is flatter, for example."

The Overhead Alliance's number one objective is spreading the word on the benefits of overhead lifting for material handling. It is a fine example for the 15 non-overhead lifting product groups to follow-and one that Smurr will allude to in his early exchanges with group presidents and managing executives. After all, it is a success story.

Rob Beightol, the chairperson of the Overhead Alliance marketing group, says: "I believe the general workforce is much more educated about the use of overhead lifting now compared to just a few years ago. There are likely many factors that have contributed to this. Everything from the design of the MHI website so that it concentrates more on the needs of end users to individual member companies looking at ways to educate on the web have likely had an impact."

Smurr adds: "The keys to establishing and developing strong relationships in the customer space are, first, to have interesting and relevant things to say and, second, to collect the right people within a group that feel comfortable taking on this sort of activity. We are moving that idea into our solution group concept. The Overhead Alliance is a prototype of what we're referring to as a solutions group.

"Since it is a start up effort and innovative within our industry, I believe we will see rapid adoption of the approach. This may lead to some discussion regarding buysell situations and the not unexpected competitive spirit. On the product group side, my role is to maintain the excellent value already achieved by the groups, and look for ways to further enhance their activities. This may require a fair amount of effort given the long history of performance to date. The changing market conditions are bound to drive demand from the groups."

MHI's product groups-their members represent manufacturers of storage racks, ergonomic equipment, controls, and more-have received criticism in the past for being too inwardly focused. In other words, engineers, which was the base of CMAA's founding membership, didn't see their role as one to engage the target audiences that the manufacturers they represent were trying to penetrate. However, Smurr aims to accelerate positive change, building on the work already done with the Overhead Alliance.

"The feeling is that these groups are inwardly focused, which doesn't help develop or improve their presence in the market," he says. The Overhead Alliance was the result of a conscious decision to be more outwardly facing."

Smurr continues: "As the marketplace continues to change and technology disrupts some long standing concepts, the groups are moving to be more customer facing as an additional means to elevate their sector. There are many avenues down which this outward focus may manifest itself, including improved web presence on the MHI website, publication pieces in various magazines (like this one), collaboration with customers, and many more."

He will also serve as a point of connection between the product groups and a series of major initiatives underway at MHI, which includes education and professional development, where three new staff were hired in 2014 to augment one existing employee; solution groups and product groups consistency of service, as discussed; economic forecasting and visibility within the business community; all dovetailing with a series of membership drives planned for 2015. 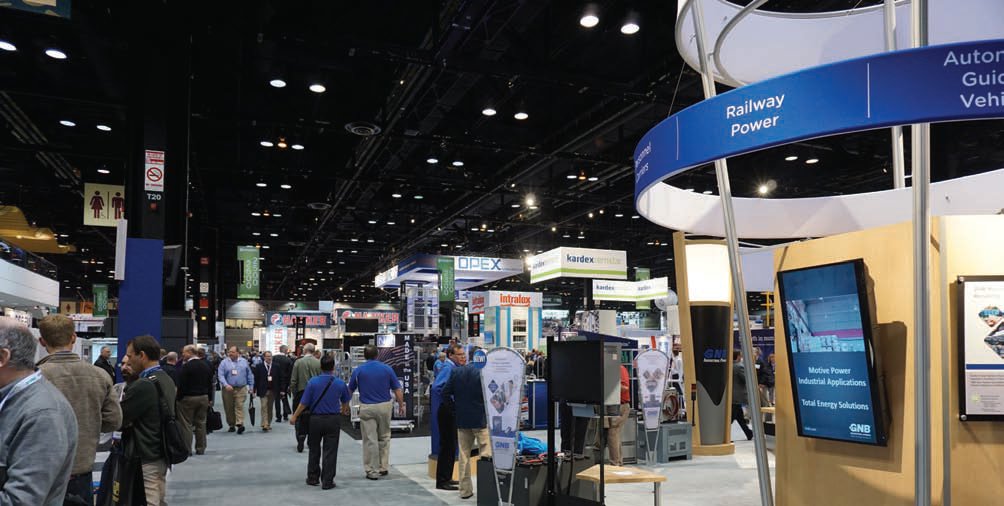 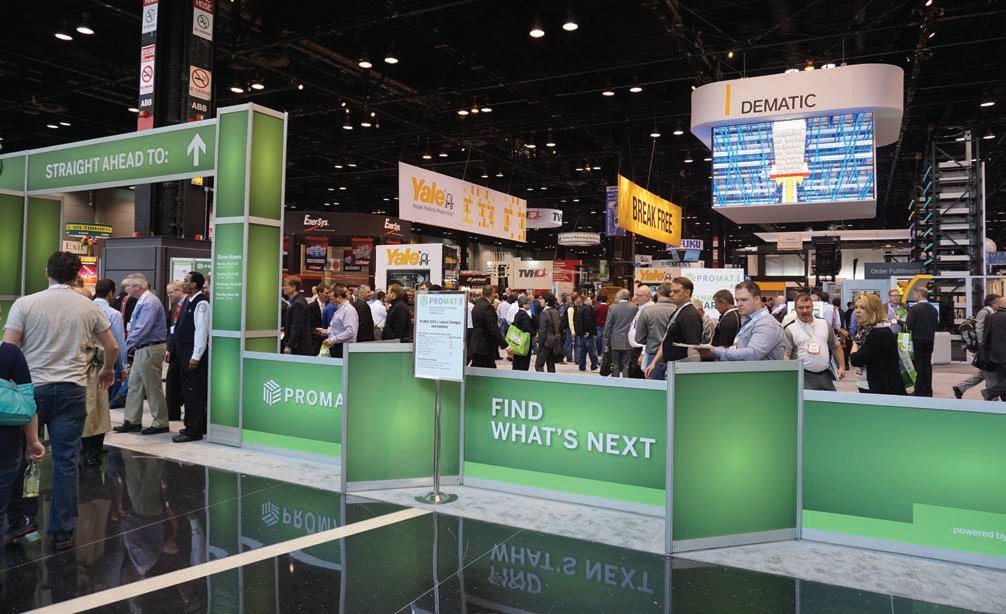 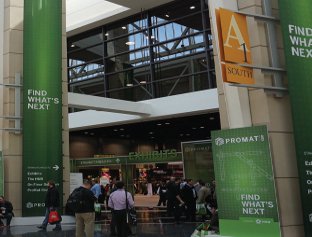 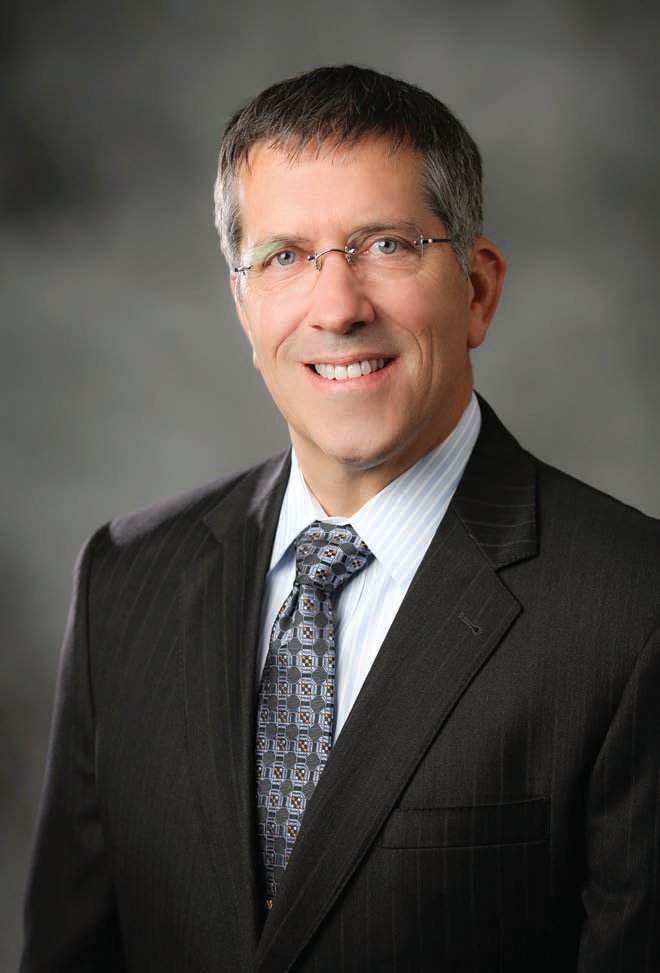 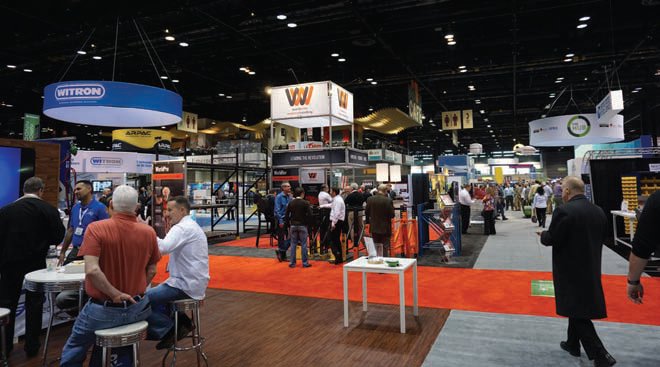