Is the south on the up?

Infrastructure and manufacturing growth across South Asia and Asia-Pacific is correlating withstrong demand for material handling equipment. However, manufacturers are approaching 2014 and beyond with a cautious optimism, finds Tim Sheahan

Investments in India's infrastructure is expected to reach €0.74bn over the next five years and although 2011- 2012 witnessed an economic slowdown, demand for material handling equipment has remained strong.

According to recent research from Timetric, which has analysed the growth areas in Indian over the coming years, there is a wealth of investment taking place across the steel, power and mining sectors, which will catalyse increased demand for new equipment.

Industrial construction in the Indian economy has grown at a considerable rate in recent years, accounting for more than a fifth (21.5%) of the construction market in 2012. New chemical, pharmaceutical and manufacturing plants have attributed to this growth with industrial construction expected to grow at a CAGR of 15.40% in the next four years to be worth €133bn.

"The Indian economy is currently passing through a tumultuous phase. This is mostly on account of several projects getting stalled either on account of non-receipt of the necessary approvals or instances of impropriety springing up regarding allocation of natural resources, explains Tushar Mehendale, managing director of Indian electrical overhead travelling crane manufacturer ElectroMech. "Furthermore, on account of environmental activism, that is sometimes misplaced, coupled with a hyperactive media bent on raking up controversies, there has been a severe clamp down on a basic industrial activity like mining. This has led to severe consequences for steel manufacturers, ore exporters and power plants. To rub salt on the wounds, the government had been completely inactive in announcing newer infrastructure projects. The Indian economy is suffering from a huge current account deficit, which has led to a structural weakness in the economy and the Indian Rupee," he adds.

"In order to reduce the deficit figures, the government has also been reluctant in booking invoices for the work done by various contractors on several infrastructure projects and thus has managed to delay the payments. As a result of this, the cash flows of the infra developers have been severely impacted - they are not getting old due payments from the government and neither are they getting advances for new projects due to paucity of such projects."

One project that looks like it will be going ahead is the progression of a major nuclear power plant in the southern state of Tamil Nadu. India's Supreme Court recently gave the green light to the commissioning of what will be the nation's largest nuclear power plant "The plant has been set up for people's welfare," said the ruling on the Kudankulam plant. Necessary clearances have been taken by the government, and development of the nuclear power plant is important for India," it added.

Nuclear power The Russian-built Kudankulam plant is the country's biggest nuclear power project and is designed to help meet a surging demand for electricity in Asia's third-largest economy where power blackouts are frequent.Plans for the facility were first drawn up in 1988 and two of the reactors now are in place.

The plant was supposed to open in 2011 but large, often violent protests, by locals worried about radiation have delayed the start-up. Several petitions had been filed before the top court by anti-nuclear activists challenging the project on safety grounds. "We have to strike a balance between larger interest and economic necessities," Judges KS Panicker Radhakrishnan and Dipak Mishra said in the ruling. At the same time, the court ordered the government to submit a final report on the plant's safety and waste disposal arrangements to deal with hazardous material.

According to Mehendale, however, the power sector continues to be another problem area with India constantly facing a chronic power shortage.

"In order to target this shortage, a lot of power plants have been set up in the country by private companies. This generated power is sold to the state electricity boards. On account of notoriously high transmission and distribution losses arising from power theft coupled with political inability of these electricity boards in collecting money from "socially" important sectors like agriculture and rural population, these state electricity boards are practically bankrupt. Hence private power producers are not getting paid on time, and even if they get paid, the dues are not squared off completely," he explains.

Mehendale adds: "As a combined result of this, the growth in the basic industry in India - infrastructure, power and steel - has become non-existent. All of these problems can trace their roots to a phrase that has gained popularity in the Indian lexicon - "policy paralysis". The current government is being perceived as business unfriendly and has sat on a lot of important policy decisions leading to a paralysis of the economy. To make matters worse, India has also been facing runaway inflation for the past few years. Generally, it is perceived that the inflation is more on account of inability of the supply to cater to basic demands rather than increase in the demand itself.

"However, the Reserve Bank of India decided to address this issue by sucking up liquidity in the market by means of increased borrowing rates in an attempt to "cool down" demand. This led to substantial increase in the cost of capital for the industry. Hence a combined effect of "policy paralysis" combined with a high cost of capital, practically put a big brake on the Indian industry," he explains. "This overall slowdown has also affected sectors like automobiles, white goods and real estate as spending power of the Indian middle class populace has been affected.

On account of this, the capacities of several factories across industries are lying idle. Naturally, idling or unutilized capacities in the industry bode very badly for the capital goods sector. The industrial cranes market has been directly hit on account of these phenomena."

Naturally, this has a knock-on impact on the Indian crane industry, where manufacturers are being given cause for concern. Quite a few crane companies in India are facing serious cash flow issues on account of either clients not paying on time or not clients not picking up the finished cranes on time or a combination of both. To make matters challenging, the number of new orders coming in has also reduced. According to Mehendale, this crisis has forced a few crane companies to take drastic steps for reducing their costs through means of retrenchment, re-organisations, raising money from private equity investors.

He says: "Interestingly there are four major crane companies up for sale in the Indian crane industry. However the travails at these companies cannot be attributed solely to the economic slowdown and have much to do with their internal functioning and over leveraging.

"However, the gloom and doom is not all pervading. There are still a handful of companies in the country that are still performing well in these times of crisis. Fortunately ElectroMech is one of them. At ElectroMech, we have been lucky as we started the year with a substantial back-log of orders which were for long lead time projects in the nuclear industry, steel plants and heavy engineering. As the year is progressing, the order intake though subdued as compared to the previous couple of years, still continues at a steady rate."

There are a wealth of metro rail projects being implemented across various major cities in India to address the chaotic public transportation challenge and the Delhi - Mumbai Industrial Corridor project is being implemented with the help of funding from Japan. This is also picking up steam and is expected to generate billions of dollars of investment.

Elsewhere, the clamp down on iron ore mining and export is being slowly released with lot of legal tangles getting resolved. One upcoming event that will have a major impact on the Indian economy are the general elections early next year. These can very well prove to be a game changer for the Indian economy as all signs indicate that the populace will most likely vote in a government that is focussed on growth and has a strong leader.

"This has also spurred the current government to speed up actions that will propel the growth of the economy. Overall, we would say that the Indian economy has plumbed the depths and is now firmly on the path of recovery with exciting days ahead," adds Mehendale.

Placing the spotlight on the pricesensitive market that is Asia-Pacific, you find the largest regional market in the world, constituting a 44.4% share of the global cranes, lifting and handling equipment market, according to 2011 figures.

According to Timetric research, increased production capacities and a broader variety of cranes and lifting equipment means that Asian manufacturers are now on par with companies from Europe and the US. As a result, the Asia-Pacific market is estimated to grow at a CAGR of 9.51% over the next few years, increasing to a value of €56.7billion in 2016. One major manufacturer active in the Indonesian market is Konecranes.

"Konecranes Indonesia has focused major resources of serving the expansion of infrastructure in a diverse country, particularly energy and ports, including winning this year an order worth more than 100 million Euros for the key shipping project described in the release attached, for which deliveries will commence next year," explains Ferry Sutaryadi, Indonesia country operations manager at Konecranes.

"Indonesia is a strategically important market for Konecranes, which has been operating in the country for 15 years. The country and its market are big and rapidly growing and we are poised to be a partner in Indonesia's drive to become a global top ten economy by 2025."

Elsewhere, Kalmar was recently awarded an an order for six E-One rubber-tyred gantry (RTG) cranes from Indonesian container terminal operator, PT Terminal Petikemas Surabaya (TPS), the company announced recently. The deliveries are expected by the end of the second quarter 2014.

The 40t capacity E-One cranes have a one over five configuration and can stack up to seven-plus-one containers wide. Powered by a Cummins QSX15-600 engine and complete with Kalmar's variable speed generator (VGS), Kalmar says it consumes up to 25 per cent less fuel than conventional diesel-hydraulic machines.

The cranes will also be fitted with the company's Anti Truck Lifting detection system, which helps prevent unintentional lifting of a container chassis due to a locked or jammed chassis twistlock.

Sanjay Mehta, VP director at TPS, said: "We are delighted to work with Kalmar. It was their ability to deliver the latest technology, through the E-One2, together with excellent service support from the local Kalmar dealer network that convinced us. We expect highly reliable equipment with features that reduce the cost of ownership to maximise the ROI." 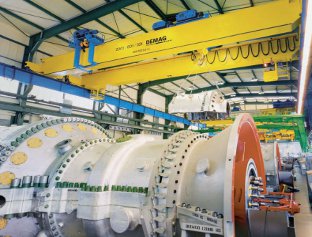 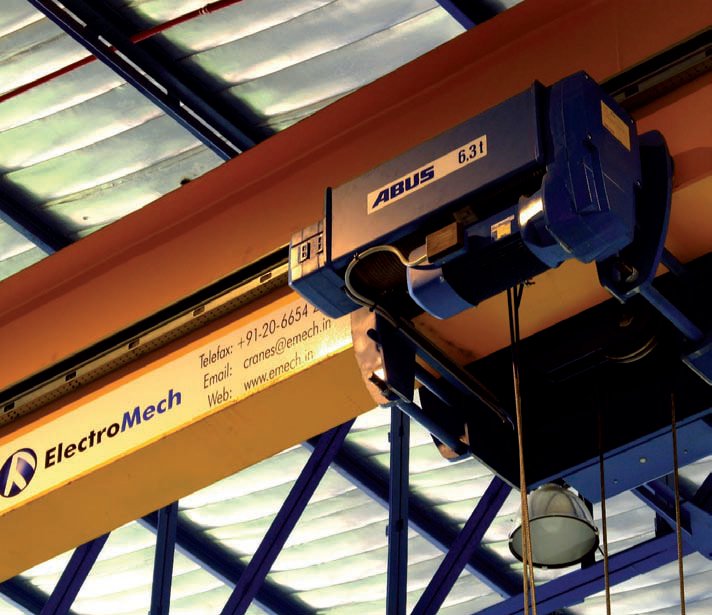