Lloyds British Ghana supplied testing equipment for Orsam Engineering, as they installed and tested an overhead crane for their new workshop

The new has crane has a safe working load of 75t and an 18m span with a 12m height of lift, reeved on six falls of wire with a 50m longitudinal travel distance.

Lloyds were also asked to supply 100t of calibrated test weights in the form of water bags as well as a precision calibrated 100t load cell, laser deflection measuring device and all of the associated rigging equipment which was required to undertake and execute such a test in order for the four water bags to be rigged up via the load cell and crane hook block, known as a “cluster effect”. Senior lifting engineer for Lloyds, Jojo Baffoe, came to the job with a wealth of lifting indsutry experience. He was formerly employed by Ghana Standards Authority and trained with the America Crane Institute.

Baffoe attended several site meetings with the client and the crane manufacturer prior to the actual test. He was required to review drawings, client procedures and initiate the installation plan.

Logistical factors and intricate planning was involved to work out how to get nearly 100t of water to the client’s location.

This meant a convoy of 8 water trucks having to be mobilised to the site and the water being vacuumed through pumps into the suspended water bags.

The crane manufacturer also flew in from Sweden to see their crane undergo its testing, which would have been the first time they had seen the crane since it went through its FAT (Factory Acceptance Testing) and FAMAT (Failure and Mode Analysis Testing).

Due to the crane having a capacity of 75t there had to be an overload applied which is 25% more than the SWL which meant 93.75t had to be applied in gradual stages, this is called the ‘ proof load.’

Once the load had been applied there were several tests that Lloyds needed to carry out such as function testing, electrical checks, structure inspection, deflection readings, static and dynamic testing.

All of these tests were conducted under close supervision of our highly qualified engineer and in accordance with DIN EN 13001/15001 standards. The crane and structure was successfully erected over a 3 day period.

Lloyds were called in for the installation. All lift plans and risk assessments were carried out along with a toolbox talk. The test from start to finish was a major success.

Malcolm Watson overseas director for Lloyds commented: “It has been a pleasure working with Orsam Engineering who we have enjoyed working with for the last few years. “The key to our success on this intricate job was the fact that Lloyds British has a team of highly qualified engineers who can bring to the job all the skills to complete such a project”. 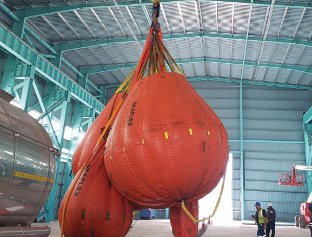 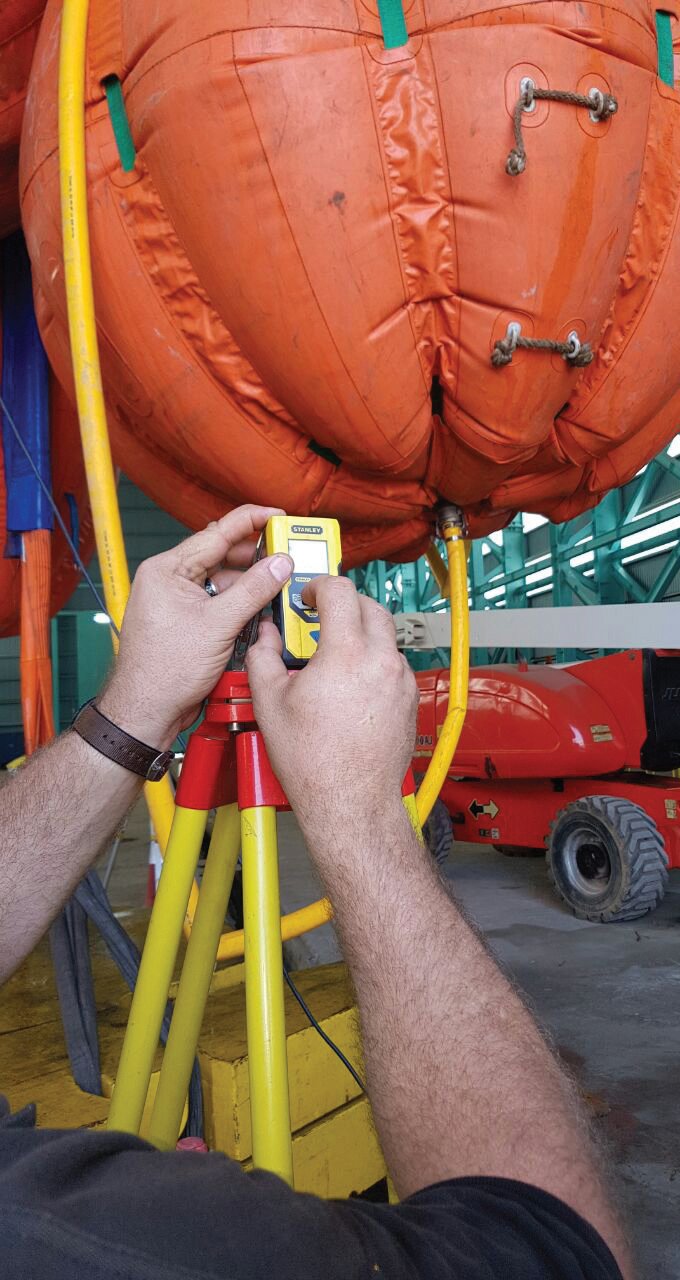