Georgia Ports Authority’s Garden City Terminal has made history by having more electric-powered container cranes than any other single terminal in the US.

Earlier this month Garden City Terminal took delivery of four massive new ship-to-shore cranes, bringing the total number of electric-powered container cranes to 25 - more than any other US terminal.

He added: "Combined with the largest single container terminal in North America and two Class I railroads on site, these cranes will make the customer experience even smoother."

Designed by Konecranes of Finland and assembled in Nantong, China, the cranes can reach across vessels 22 containers wide and lift cargo weighing up to 65 long tons to a height of 136 feet above the dock. Each crane weighs 1,388 tons and measures 433 feet wide and 185 feet tall.

"Like our other cranes, these machines will generate their own power for 18 minutes out of every hour of operation by capturing energy while lowering containers," Foltz said.

Of the GPA's current fleet of cranes, nine are post-Panamax (accommodating the largest vessels capable of transiting the Panama Canal) and 16 are super post- Panamax (for vessels too large to transit Panama). The cranes operate over a dock featuring 9,700 feet of contiguous berth space.

The arrival of the new super post- Panamax cranes fulfils an order the GPA placed with Konecranes in 2011. The crane purchase, along with the planned Savannah Harbour deepening, anticipates a market transition move towards larger ships.

"Savannah leads the Southeast in containerized cargo," said GPA Board Chairman Robert Jepson. "These improvements to our landside infrastructure will complement the planned harbor deepening to ensure Savannah's premier status in moving U.S. exports to the global marketplace."

Opportunities for growth and greater flexibility 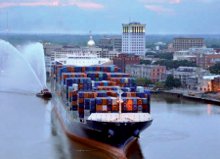 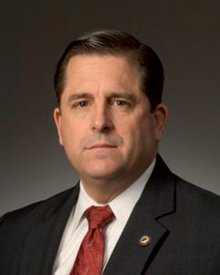