Fly me to the moon

ACECO works with NASA on its Artemis II space programme to send the first woman to the Moon.

American Crane & Equipment Corporation (ACECO) has partnered with NASA Kennedy Space Center in Florida to replace an overhead crane with greater lift capability and enhanced controls, installed inside the Neil Armstrong Operations and Checkout Building (O&C) at the center.

The crane joins a family of two other cranes on the high bay’s lower railings and will be used in support of Artemis II, the program’s first crewed mission, lifting the Orion spacecraft, scheduled for September 2023, after the crew and service modules have been mated.

The Artemis II flight test will be NASA’s first mission with crew and will pave the way to land the first woman and next man on the Moon on Artemis III. Building on those early missions, NASA’s Artemis program will return humans to the Moon for long-term exploration and future missions, including Mars.

Built in the 1960s, the Neil Armstrong O&C Building has served as the payload assembly and spacecraft testing facility from the Gemini to Artemis eras, readying flight components ahead of their launch from NASA’s space center.

Speaking about the project, Karen Norheim, president and COO, ACECO, said: “This is one of several ACECO cranes used to support work in this bay, although this project was to design, fabricate, deliver and install one new 30t crane. The installation was one of the most challenging aspects of the project as the installation was completed without any roof openings. A Hydraulic Lifting Unit (HLU) was utilized to lift the components above the rails and rotate into position before being lowered to the rails. The clearance for this lifting was extremely tight and required precision planning and execution. The crane was completed assembled and tested in our Douglassville, Pennsylvania facility prior to shipping to Florida. The components were shrink wrapped for the haul to Florida to maintain the cleanliness requirements for the clean room.”

The cranes are poised to move Artemis flight elements from one end of the facility’s high bay to the other, among various test stands and to transport devices, which will take the components to their next processing destinations.

The crane can lift 30 tons, and its enhanced controls and additional safety features allow for micro movements to within 1/100th of an inch. Its precision and capability will support the weight of the spacecraft during assembly as well as for altitude chamber testing. During the Apollo program, engineers used the O&C’s east chamber to test the Apollo crew and service modules, and they used the west chamber to test the lunar lander.

Beginning with the Artemis II crewed mission, the west chamber will be reactivated to test the spacecraft in a vacuum environment that simulates an altitude of up to 250,000 feet.

The test allows engineers and technicians to ensure the capsule will not leak in space and to verify that systems, such as the crew module’s Environmental Control and Life Support System, remain intact to keep astronauts safe from the harsh environment of space.

The previous crane was used for the final time to hoist its replacement into place, lifting the new crane from floor level to the jacking rig. The retiring crane was then removed, and teams are preparing to decommission it in accordance with state and federal environmental regulations. With Artemis, NASA will land the first woman and the first person of color on the Moon and establish sustainable exploration in preparation for missions to Mars.

SLS and NASA’s Orion spacecraft, along with the commercial human landing system and the Gateway in orbit around the Moon, are NASA’s backbone for deep space exploration. SLS is the only rocket that can send Orion, astronauts, and supplies to the Moon in a single mission. 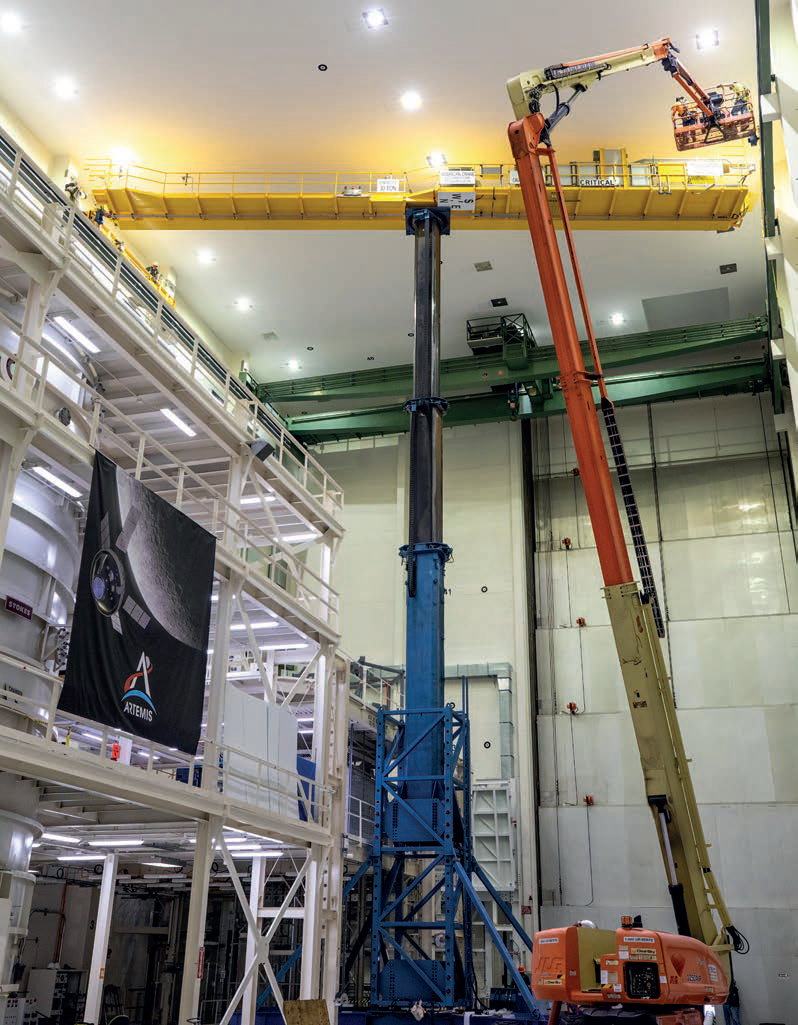 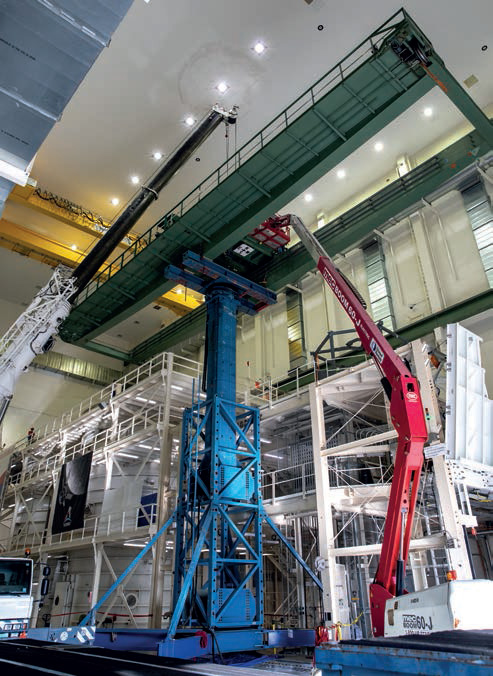 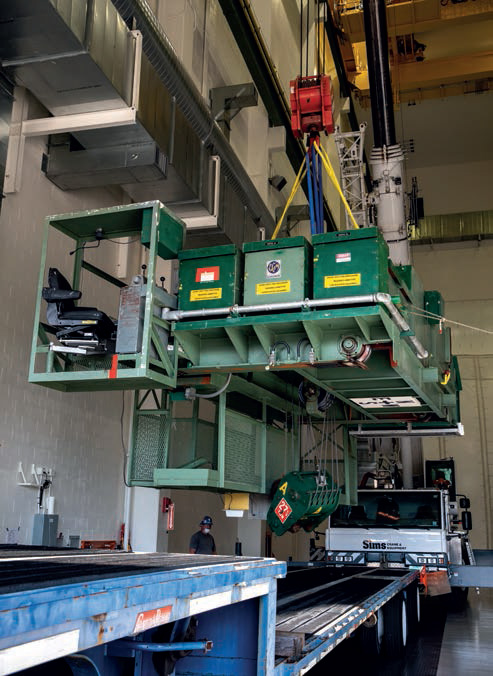