The pandemic has brought almost all public entertainment to a stop. But the makers of hoisting and lifting equipment are standing by to help bring shows to a reality as soon as they can resume. Julian Champkin reports.

The entertainment industry has had a bad year. That is to put it mildly. Theatres and cinemas have been dark, concerts and live shows non-existent, new productions cancelled or put on hold; even blockbuster Hollywood releases have been held back time and again or sent straight to home streaming.

“One could cynically note that even James Bond is cowering against the corona virus,” said Swiss hoist-makers GIS, referring to several postponements of the latest 007 release. A GIS speciality is hoists for the entertainment industry; and the company was so concerned at the potential bankruptcies and loss of jobs in the sector that early in the pandemic, as members of the Swiss Association of Technical Stage and Event Professions (SVTB), they joined forces with parallel organisations of music promoters and live event promoters to stage a ‘Night of Light’ to bring government and public attention to how, in the words of the organisers, the ‘multi-billion, heterogeneous event and culture industry can be saved from a massive wave of bankruptcies and the [potential loss] of thousands of jobs.’ On the night of June 22, 2020, hundreds of theatres, entertainment venues and public buildings across Switzerland were illuminated with red floodlights for two hours for the event, from 10pm to midnight, bathing them in the ‘red alert’ colour of danger to bring home the seriousness of the situation. The campaign was initiated in Germany, and also took place in Belgium and Austria.

Jörg Gantenbein, of the board of SVTB, said; “We must assume that 1,500 jobs in our area are in immediate danger – that is, about one-third of those employed in the sector.” “This is an outbreak that is causing a slump never before seen in the events industry,” is the view of GIS.

If the entertainment industry has been idle, GIS has not been. It recently expanded its successful LP motor series, which is specifically designed for entertainment venues, launching two additional models, the LP1600 and LP2500, for the upper capacity lifting range. Both can be used as climbing or stationary hoists. The LP2500 is a first in the company’s history as it enables an increase in capacity from the current 5000 kg to a maximum of 6300 kg in the D8 version. When used for holding stationary loads above persons without a secondary safety component (the D8+ safety classification), the LP2500 in one-fall arrangement lifts what the company with justification calls a ‘proud’ 2.5t. This, they say, is a 25% increase in capacity over the 2000 kg commonly found on the market. It means that the number of suspension points and group hoists used can be reduced accordingly, which reduces in turn the costs of the project. For scenic use in compliance with C1 regulations, (ie moving loads above people) the maximum lifting capacity is 2000 kg, with a static chain safety factor of at least 10:1. The LP1600 completes the LP series with maximum capacities of 2500 kg (D8), 1600 kg (D8+) and 1250 kg (C1). The series now ranges from the 13 kg light LPM250 for 250 kg lifting capacity in the D8 Plus version to the two new powerhouses available from July.

At the same time as expanding the chain hoist series, GIS is launching its new generation of trolleys. Available as manual (GHF model) and motorised (GMF model) versions, in four sizes, they are optimally adapted to the LP motors for lifting capacities up to the 6300 kg of the new LP2500. Again, these are available in versions specially tailored for the entertainment industry

“Our impression is that currently mainly fixed installations are being made, at least in Europe as the market for mobile events such as concerts and fairs continues to stand still,” says Lukas Bühlmann, marketing specialist at GIS.

CM Entertainment technology (CMET) is the specialist division of Columbus McKinnon. In normal times their Lodestar chain hoists – the range was first introduced in 1955 - equip venues across the continent and indeed the world. These are not normal times. “As Covid put a halt to all live events, gear returned from the field and was shelved at all the rental companies throughout the US,” says Ken Tilson, vertical market specialist entertainment, Columbus McKinnon. “Included in that gear were the many thousands of chain hoists that were used at live events. CM business went from supplying new hoists to supplement those rental fleets that supported live events to basically supplying hoists for permanent installations and already-approved projects. Most of those were delayed at the beginning of Covid but slowly started to get back on track towards the end of 2020.

“Our Lodestar D8+ chain hoists were predominately the unit of choice for those venues revamping or being built out new altogether,” he says. “These units are unique because the Lodestar has always been a robust design, with typically higher design factors than most equivalent hoists in the market. This allowed CM to maintain original capacity ratings of our standard D8 models when upgraded to D8+ features.” (D8 rating allows static holding of loads as long as additional back-up support is present in case of failure. The superior D8+ rating is required when loads are to be suspended or moved above personnel, either stage staff or the public, without secondary support.) “So, the upgrade was done without de-rating the hoist to meet the design factors required by the code of practice. Our D8+ Lodestar is also third party certified to meet the requirements. We are as far as I know the only hoist on the market with this certification.

“The Integrated Load Cell is another new product that adds another level of safety to hoisting,” he adds. “This load cell is designed to fit both the Classic and New Generation Models of the Lodestar Hoist, integrating the load cell into our standard suspension. So there is no loss of headroom as with external cells, and it is protected and prewired as the hoist goes from show to show or hangs permanently in a venue. This load cell is designed to adapt to most monitoring systems in the field. Interest for this product was high right before Covid shut down our industry. We expect that interest to pick up and continue as the market starts to rebound.”

And there is indeed, at last, the glimmer of a rebound. With vaccination programmes progressing and lockdowns easing, public gatherings are, in some places at least, beginning to be possible again.

In March this year (2021) CM Entertainment surveyed the market and found a sharp increase in Stateside quoting activity, at least for permanent installations such as theatres and concert halls. “March saw ‘green shoots’ in quoting activity,” says the report, “with $1.7m of new activity in this sector, making it the best month since the pandemic began; the first ten days of April saw $500k of new activity, so it was no one-off exception. Rental companies servicing conferences and meetings, however, showed no sign of a rebound. Indicators here are trade show inquiries, hotel reservations activity and rental company hire rates; some companies are beginning to hire low numbers of staff for hoist servicing, but fundamentally no movement in the market is seen.”

However, tours and festivals are showing movement. California has scheduled June 15 as the date for the reopening of venues; firm Autumn dates have been set for the Newport Jazz and Folk festivals, suggesting that the concert and festival season may well be able to occur this year; and a 22-city US tour by renowned Italian tenor Andrea Bocelli is scheduled for October to December, to wide publicity and enthusiasm, and indications are that it will go ahead. “Las Vegas, another key indicator, has seen air travel up by 50% from one million to 1.5 million travellers per day,” says the report. “Shows are opening, restricted to 50% capacity, but while February and March this year saw only four shows open each month, eight were scheduled for April and ten for May.”

Elsewhere, in APAC [Asia and the Pacific] and the EMEA [Europe, Middle East & Africa] regions, permanent installations are also beginning to show movement. London’s Royal Albert Hall, for example, is to begin hosting full-capacity concerts again this summer, from May 29. Latin America, however, terribly badly hit by the pandemic, is expected to be the last major region to rebound.

Back in Europe, Northumberland-based Tiger Lifting offer a range of manual chain blocks, lever hoists and clamps and trolleys in black for the entertainment industry – matt black housings and chains of course are favoured in the sector as avoiding the possibility of unwanted reflections of stage lighting into the eyes of the audience. “It is a sector where we are expecting rapid growth,” says UK business development manager Greg Fardell. “As the UK roadmap in the weeks ahead moves towards gatherings and live shows again, the demand is certainly there, and we will be supporting that.”

For example, its manual chain hoists are available in black in capacities from 0.5t to 5t for TV studios, music and sports arenas, production rigging and the like. The range has an exceptionally short head room for installation where every centimetre can count; it comes with Tiger’s Quad Cam Brake Pawl System, which is designed so there is always a permanent engagement of one of the reciprocal pawls in the ratchet wheel. In the unlikely event of a pawl spring failure, the design ensures the brake is always fully functional and the load is sustained without damage to the mechanism.

People, it seems, want entertainment now more than ever, and the industry is set to boom as soon as public health concerns allow it. 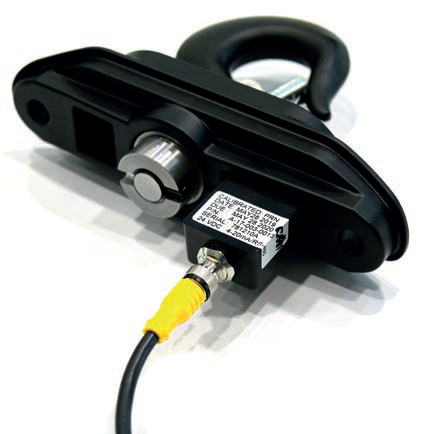