Nuclear power is not going away, but in the UK at least increasing it is a slow and controversial process. Former Prime Minister Boris Johnson is known to want eight new reactors by 2030; but the only one currently being built, Hinckley Point C, which began construction in 2017, is two years behind schedule, and is not due to begin production until 2027.

There are three separate stations on the site. “Hinkley Point A has reached the end of its life and is being decommissioned; Hinkley B is operating and producing power; Hinkley C is the one under construction, by French company EDF says Simon Pykett, general manager, Penny Hydraulics, which designs and makes equipment for all stages of nuclear handling. EDF has its own established supply chain for cranes and hoists, using French companies, which has somewhat disappointed UK manufacturers. “But there is an understanding that if EDF are awarded the contracts for Sizewell C they must use UK suppliers for those.” Sizewell C is a proposed plant in Suffolk; on June 14 this year the government published revised proposals for financing it, called the Regulated Asset Base (RAB) model, which it says gives the developers an earlier and more assured return, no longer having to fund the entire station themselves in advance. Two other recent proposed stations, Hitachi’s project at Wylfa Newydd in Wales and Toshiba’s at Moorside in Cumbria, were cancelled due to funding problems.

But most of the UK’s current nuclear stations were built in what you could call the golden age of nuclear enthusiasm from the 1960s to the mid-80s. They are now ageing and are reaching or have reached the end of their design life.

As of December last year there were 13 nuclear sites in Britain undergoing various stages of decommissioning. If nuclear construction work is in short supply, nuclear decommissioning work is certainly plentiful. “The UK is predominantly a decommissioning market just now,” adds Pykett, whose Penny Hydraulics have long been involved in such work. And the lifting machinery needed for decommissioning is in some ways even more complex and demanding than building a new crane for a new plant.

“The result is that you have got a load of hazardous waste that is uncharacterised, that has been sitting in storage and that was never designed to be stored for that length of time,” he says. Sellafield is the largest nuclear storage site in Europe, perhaps in the world, and is also a prime example of the problems. “Some ponds at Sellafield are leaking, which is creating a fixed timescale for removing waste from them. The site is so compact that you cannot easily assemble a crane; and if you did erect say a tower crane and it fell over, ask yourself what it would land on ...” Tower cranes are therefore not an option.

“Some of the waste you cannot touch because it is highly radiated,” says Pykett. “You’ve got to operate remotely to pick it up - and also, what do you do when you have lifted it up? You cannot just lay it down by the side of the road and deal with it later; it has to be shielded, protected...”

Dave Little is engineering director of SCX Special Projects, which has been making cranes for the nuclear industry for more than 25 years.

“We have worked on every Magnox station in the country,” he says.

He explains some of the issues in building a crane for nuclear use – constructing or deconstructing. “The nuclear industry is traditionally very conservative,” he says. “Everything has to be fail-safe of course. Crane systems are inherently dangerous: they carry loads; so inevitably there is a risk of the load being dropped. The whole idea of a nuclear crane is that there are either duplicate or multiple failure-detection systems and redundancies to prevent you dropping the load. All of those are necessary but they add complexity to your crane, they add costs to your crane, they add in a much longer timeframe for the design verification and validation of your crane.

“That’s why if it takes you say six months to create a commercial 60 ton crane it would probably take you three years to create a similar one for a nuclear application. If the commercial crane costs around £60,000 the nuclear one would cost about a million pounds. There is more than an order of magnitude difference between them. A commercial crane is manufactured to code and to standards of course; a nuclear crane is manufactured to the same code and standards plus an awful lot more. There will also be an engineering schedule and a safety case associated with it; and it is the way that you meet those which adds the costs in time and money.

“In the UK there is the Office for Nuclear Regulation, the ONR, which is effectively the Health and Safety body for the industry. Anything that is on a licensed site that is handling nuclear material - including waste of course - has got to comply with their regulations.

“So on a crane handling nuclear waste you’ve got to have documentation to fully trace the source and batch number and quality of every bit of material that you use, from the raw steel to the smallest nut and bolt. Failure rates on electrical components have to be quantified and certified; wiring requirements are different. A commercial crane for nonnuclear use comes with a document pack and a user manual. A similar crane for nuclear use needs around 100 times that amount of documentation.”

There is another problem. “You have to state whether electrical components are ‘intelligent’ or not.” Almost all crane controls now involve microprocessors and software; and ONR doesn’t trust software. “Chips can get corrupted; software is liable to bugs; ‘smart’ systems can malfunction in ways that analogue systems do not” says Little. So for controlling nuclear cranes you cannot have anything with a chip in it; it must all be pre-digitally analogue.

“That is one reason why off-the-shelf – OTS - cranes are not an option,” he says. “They are almost all digitally-controlled.” The alternative is MOTS - Modified Off-The-Shelf equipment. “So at SCX we buy a bare-bone crane - effectively just the metal - from Street Crane, with whom we have a special relationship, and we fit analogue controls to it,” says Little.

But that is not the end of the matter. “You need redundancy – at least two control systems, from different suppliers, that work on different technologies, so that a systematic failure in one will not duplicate itself in the other: there will always be at least one that functions. A requirement of the standard 61508 is that you should use diversity in your design so you don’t end up with a common mode failure. So, for the dual circuit protecting your overload you need to source not just one but two different, independent, makers of analogue crane controls – which these days is not easy.

There are very few people that make them – almost everyone has gone over to digital - so there’s a very limited supply chain that you can use.”

Pykett agrees: “Although the ONS is slowly moving on some aspects of digital control, the reason for using analogue is that the system has to be understood by operators and maintenance people decades from now,” he says. “The way it works has to be utterly transparent.”

“There needs to be a degree of radiation tolerance on instruments and sensors,” says Little.

“All the control systems are remote, because these cranes operate in a radioactive environment; so to let the operators see everything that is going on means there will be cameras all over the crane: it is not unusual to have 12 or 14 cameras on a single crane. Below-the-hook attachments, for lifting waste drums, for example, have to be changeable remotely.”

Even then the complications are not over. “The crane has got to be recoverable. If it actually does break down in a radioactive area you can’t send someone in to repair it. Suppose your brakes fail in the ‘on’ position. You have to have an independent drive or a chain or a winch mechanism, remotely operated, that can drag the crane back, despite the locked brakes, to a safe maintenance area for repair; and you must have that for all the degrees of motion of your crane. And you have to design it for a 50-year life, which is significantly harder than designing for 10 or 20 years.”

And suppose your crane has all of those things and has, after several years of operation, successfully decommissioned a radioactive site. What then? “It has to be able to decommission itself. It is now radioactive; so it is radioactive waste that needs to be safely removed....” The mind begins to boggle at the never-ending circularity of it all.

“Safety in nuclear work can never be compromised,” adds Pykett. “This is the culture that goes with the industry, so everything needs to be approved, checked, doublechecked... Everything new that you make for decommissioning – below-the-hook grabs, turning mechanisms, or complete cranes – has got to go through rigorous testing regimes; you do your own trials in the factory, you demonstrate the maintainability of it, you have the customer in to witness everything, you get the operators in to familiarise themselves with it, you make sure everyone is 100% happy and comfortable with it; then onsite you do more or less all of that all over again before you use it in anger.

“And it generates unbelievable mountains of paperwork that have to be sent to be stored for a hundred years.

“A lot of the work we do is lifting and transporting drums. Luckily a lot of the facilities have overhead gantry cranes, originally used for construction, that are still there and which we can use as part of the decommissioning process; while they are not designed for it they can be used. The problem there is that you have some relatively huge gantry cranes, say of 125 tons capacity, that you are using to pick up drums which weight just 10 tons; the crane is old technology with nothing like load monitors or sensors, so it wouldn’t even notice if it were overloaded. It has oversize ramshorn hooks on it, which are not ideal for smaller loads.

“For Sellafield we have done all kinds of capacities from 100kg hoists up to 40 ton lifting beams. They are built to last for 25 years without being serviced. We have a 300 ton waste drum cage, for compressing radioactive waste down to 20% of its volume.”

Regardless of whether or not the UK’s eight new big reactors get the go-ahead, the future may be bright for construction as well as for decommissioning: there is a move towards a new design, indeed a concept, called the Small Modular Reactor or SMR.

“I visited a company working on them last week,” says Pykett. “It is a joint Canadian-British venture called U-Battery and they were showing a full-sized mock-up. Each reactor would occupy the space of a small football pitch and supply a village or a small town. It would be factory-fabricated, then transported to the site, so on-site work would take weeks rather than a decade; and instead of £25 billion, which is roughly the cost of Hinkley Point C, they can be developed for probably one-tenth of that. Rolls Royce are another of the pioneers; they are piggybacking on their expertise in making reactors for nuclear submarines.”

Rolls Royce say that each of their SMRs will produce 470MW of low carbon energy, equivalent to more than 150 onshore wind turbines. Both groups are hoping to get their units operational by the end of the decade.

“That would be a game-changer if it happens,” says SCX’s Little. “It would be an opportunity for other manufacturers to get involved.” So, the nuclear lifting industry may have an interesting future ahead of it, in the large scale or the small. 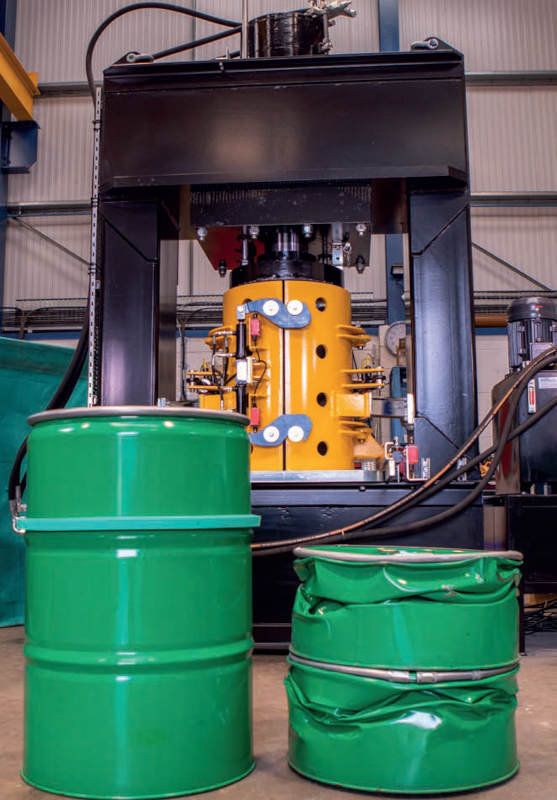 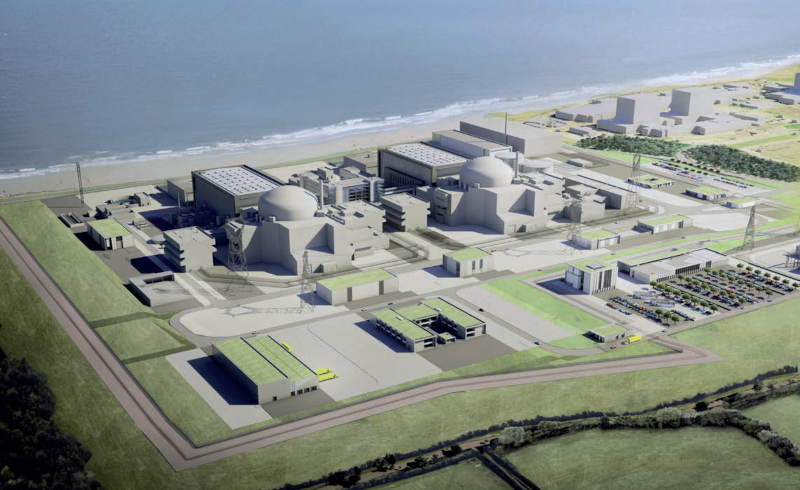 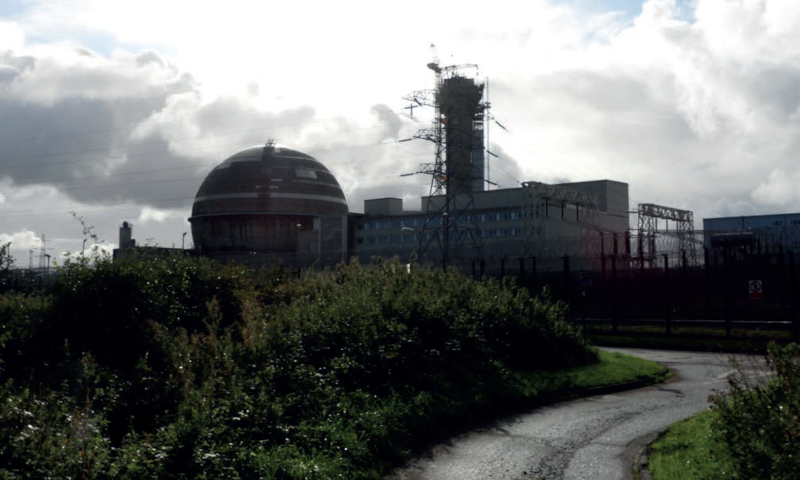 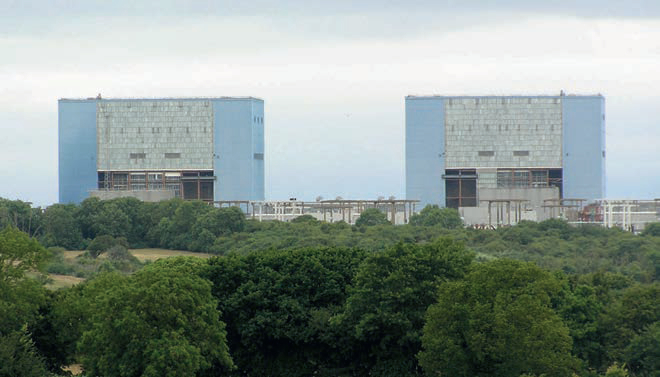