Shortly before the financial crisis Tega filled an order for 23 explosion proof cranes, from 5-10t capacity, financed by PlusPetrol and the Peruvian government.

The hoists Tega supplied pick up heavy gear inside the compressor buildings on top of the compressor valves, where equipment needs to be removed for maintenance on the pipelines.

For the last 10 to 20 years, Tega has focused on products that will support the growth of emerging South American power markets. Based on experience gained since the 1960s, in 2000 it launched a division exclusively for explosion proof hoists and cranes, mirroring its regular hoist ranges, and supplying applications such as the OCP pipeline in Ecuador.

Launching the range made it the first Latin American company to create an explosion-proof equipment division fully devoted to this type of equipment, Tega says.

The company's explosion proofing was then provided as an option to its two wire rope hoist ranges, a heavy lifting Ultralift range up to 80t and a PowerLift range up to 25t, as well as a TegaChain hoist range up to 10t, controlled by custom-supplied range of remotes.

Oil and gas markets are active not only in Argentina, but also on the continent in general, comprising a large market for Tega's explosion proof hoists.

Spark proofing requires special nonferrous materials for manufacture of the wheels, hook or other components on both crane and hoist, and electrical components that do not emit any sparks.

The company exports around 35-45% of all of its hoists, with many of its standard and explosion/spark-proof hoists going to places like Equador, Peru, Colombia, and Venezuela. Outside South America it exports hoists for work as far away as Nigeria, Eqypt and Greece.

Tega keeps manufacturing processes flexible, while manufacturing many of its products in-house, enabling it to weather financial crises -- such as periods of hyperinflation in the '80s and '90s in Argentina, along with an economic crisis in the early '00s -- without any changes in the supply it can offer its customers.

Tega has also developed products designed for emerging markets, with specifications intended to make them competitive against budget asian manufacturers while maintaining standards compliance and component quality on par with European and North American manufacturers.

Under other license agreements, it imports European, North American and Asian hoists which complement it's in-house range.

Tega has developed its own electric wire rope and chain hoists for industrial use since 1947, becoming the first Argentine company to do so.

In 1964, Tega made equipment designed by a British company, Herbert Morris, under a licence agreement.

Throughout the 1970s and 1980s Tega had a licence agreement with Verlinde in France.

It developed hoists and cranes from its two facilities in Buenos Aires. One of its facilities handles steel structural work for the bridge cranes and the other handles its hoist production.

The founder of the company, and grandfather of the current vice president, Basilio N. Polijronopulos, was responsible for changing the focus of the company from manufacturing under license agreements towards making designs in-house.

Among the regional and global firsts claimed by Tega's R&D department is the development of a double independent brake system in 1963 and a forklift with a transfer module in 2000.

The company's integration of CAD software in product design along with CNC computing and enterprise resource planning software has since modernized its R&D and production processes. This technical capability, added to production flexibility, allows Tega to customise products even for small orders, unlike some multinational hoist manufacturers, says Polijronopulos.

"The thing is, as we are a small company, a family-owned company, we have the flexibility to do what a larger company cannot do. There are particular applications for equipment that are not large-scale in the volume of products, but you still have an application and a client that needs something different from a standard hoist. We do not have a large manufacturing process that needs to be re-thought through."

Tega recieves orders for cranes in ship engine rooms. These require complex bridge cranes with rotation or special movement. The automobile industry needs special structures in the assembly line with pneumatic activators. Tega uses its flexible production line to build these to order.

Polijronopulos also reports supplying equipment protected for galvanising plants and other harsh environments, such as chemical or fertiliser plants.

Occasionally the company gets requests to customise hoists to meet different regional standards, on top of ISO standards, says Polijronopulos.

"When we started with explosion-proof hoists, we based our designs on European standards. We had some American clients needing American standards taking into account American design, so we had to reconfigure it to supply that equipment."

Polijronopulos says: "Historically speaking the Argentine market is usually a changing market. It has gone through a lot of different cycles since back in 1947 when the company started.

In those days, Tega was a diverse mechanical supplier, manufacturing and repairing electric machines and generators before becoming specialised in the manufacture of hoists and cranes.

"The market was industrial, and the developing car industry, for example, was one of the first that took off. Then the explosion proof and nuclear markets got stronger in the '60s," says Polijronopulos.

While Argentina is not the easiest market to operate in economically, geographically, it gave Tega some advantages.

"The Argentinean market has a few peculiarities. Although our market is not huge in terms of Brazilian market, plus we are kind of far from the typical production centres for hoisting equipment, Argentina has had an incipient industrialisation from the mid 20th century fostering companies like Tega. In a way, we've been here for such a long time that we have a sizable presence in all sectors."

The company continues to supply for automotive manufacturers, such as Ford, Mercedes and Toyota, while its broad product offering has branched out to serve other industries, Polijronopulos says. "For example, we as a company tried to tend to any industrial activity in the region so that's why we developed applications from so many different industries, nuclear or power, oil and gas, the car industry, construction and food."

Tega is confident that it can grow by expanding in South America, Polijronopulos says. "We have a lot of experience in navigating rough seas, and in that sense we have a strong position.

We have been exporting a lot to Chile, Bolivia, Equador, and Colombia. Mostly in the Andean region. At present we are aiming for these markets." 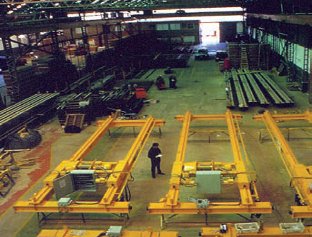 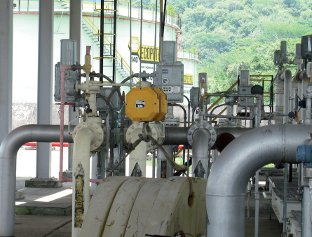 At Ecopetrol in Colombia, a 5t Ex Bridge Crane with EXTGV50 Powerlift hoist. 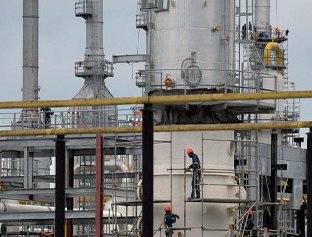