Automation for container handling from Kalmar

Kalmar, part of Finland-based Cargotec, has introduced Kalmar One, designed to be the first truly open automation system for the container handling industry, says the company—adding that it has the potential to make the adoption of automation easier for terminals of all kinds by removing existing barriers and mitigating risks.

The system is compatible with all types of yard equipment, including Kalmar AutoShuttles and AutoStrads, as well as rubber-tyred gantry cranes and rail mounted gantry cranes.

Kalmar describes Kalmar One as “the container handling industry’s first truly open automation system”, explaining that it is a standardised and modular solution, which can be adapted according to the user’s operational model. It is based on Kalmar’s automation expertise and the Kalmar Terminal Logistics System (TLS).

“Existing TLS customers can think of Kalmar One as the standardised version of the Kalmar TLS. Kalmar One is based on a new philosophy: instead of developing the technical foundation based on various customer project needs, our focus is on developing a productised automation system that can be customised by customers themselves, by third party players or by Kalmar Services.”

The system combines equipment control, automation technologies and accompanying tools to allow users to take control of how they implement automation, says Tuulkari: “So far, terminal automation has struggled to deliver on its original promises. With Kalmar One we want to change all that by providing a modular-based system that is easy to adapt in terms of the terminal operating model and machine type, for both brownfield and greenfield deployments, as well as being easy to scale up.

“It’s also important to remember that terminals need to be able to adopt automation at a pace that’s comfortable for them and scale for all sizes and types of deployment. This is where our step-wise approach pays off, a good example of which is our AutoRTG application, which provides a clear path for customers to move from manual to semi-automated and, should they wish, on to fully automated operations.” This also helps to address issues that can restrict the deployment of automation, such as high capital expenditure.

Ease of understanding is another benefit of the Kalmar One system, says Marko Hopeaharju, sales director for automation technical sales. The products are divided into a clear set of families, each focused on a different aspect of terminal automation: “By offering solutions that are based on clearly defined automation system products, we can make it more explicit what we are delivering to the customer, which in turn makes it easier for them to see the value of their investment,” says Hopeaharju.

Another goal of Kalmar One is to make the workings of the system more transparent for users’ IT teams.

“We’re working all the time to streamline the system architecture so that all the technical components start talking via the same communication bus,” says Olli Mylläri, director of software architecture at Kalmar.

“The more streamlined the systems is, the easier it is to troubleshoot and also to monitor from a cyber security perspective, which is obviously an increasing concern as terminals adopt digitally connected technologies.

“Furthermore, instead of releasing technical components one by one and testing them within the framework of different customer sites, we’ll be making complete automation system releases together based on a continuous integration pipeline. This will help guaranteeing the system-level integration, functionality and compatibility for the whole automation system, which makes upgrades smoother and less time consuming for the customer and Kalmar automation support personnel.”

Tuulkari concludes: “Standardisation has been proven to reduce both risk and cost in many other industries, so we want to develop an automation offering that is based on the principles of standardisation and openness while at the same time offering the flexibility to adapt to a variety of operating models.

“One of the biggest advantages of this standardised and modular approach is that new enhancements and features will work out of the box and be supported during the whole lifetime of the application. This will make adopting automation easier and more economical for all kinds of cargo-handling applications.” 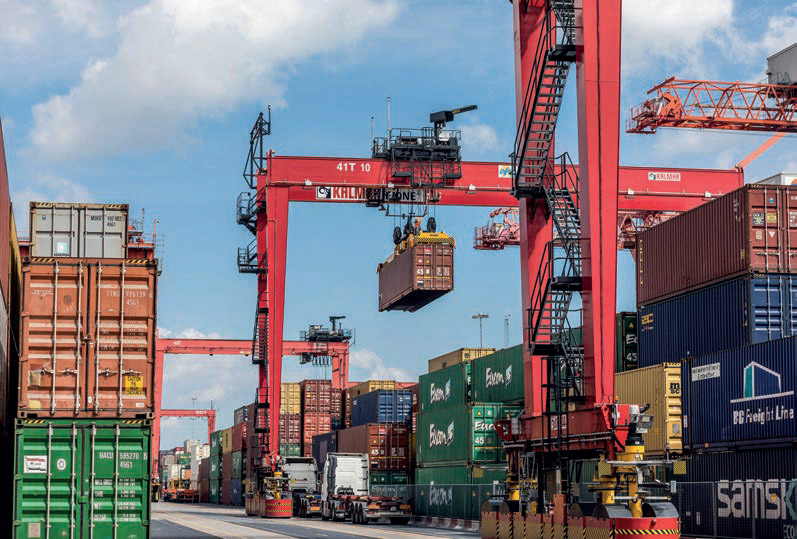