When Indonesian firm Pelindo III needed to improve the automation at one of its key terminals, it turned to Konecranes to supply a complete system.

PT Pelabuhan Indonesia III (Pelindo III) in Indonesia has once again returned to Konecranes with an order for an automated RTG system. The company has commissioned the manufacturer to supply the system, that includes nine automated RTG cranes, for delivery to its Terminal Petikemas Semarang (TPKS), an operational terminal in Central Java, at the end of 2016.

Janne Eklund, Konecranes' sales manager for Port Cranes, explains: "We are very pleased and proud of the latest order, Konecranes delivered the cranes and the complete automation system to Indonesia's first automated terminal, which was recently opened.

Eklund is referencing the green field terminal in Lamong Bay, Surabaya, which was inaugurated in May of this year. The terminal in question have a total of 20 Automated Stacking Cranes (ASCs), 10 Ship-to-Shore (STS) cranes and five straddle carriers from Konecranes. It was the positive experience with this project that led Pelindo III to proceed with the next phase of TPKS. This involved converting half of the existing manual RTG yard into an automated system with personnel access and horizontal traffic control.

Following delivery of the order, TPKS will have a total of 20 cabin-less Konecranes ARTGs operating in 10 automated blocks.

Robby Dayoh, senior manager at Pelindo III added: "Konecranes' automation system is easy to operate and maintain, even the calibration process has been thoroughly redefined. Remote operator ergonomics is beyond comparison, thanks to Konecranes' informative-rich graphical user interface."

This latest order follows on from the aforementioned signed with PT Pelabuhan Indonesia III last year. At the time, this represented the world's first commercially operational Automated RTG system.

The order followed on the back of the government of Indonesia building a nationwide freight transport system to improve the movement of goods through the country's vast waterways.

As part of that program, Pelindo III is extending its Terminal Petikemas Semarang (TPKS) in Semarang, Central Java.

TPKS, the second-largest container terminal in Pelindo III, has a capacity of 500,000 TEU with approximately 70% of its container traffic consisting of international cargo.

When fully operational, the Konecranes ARTG system will significantly increase the terminal's container handling capacity in line with the needs of shipping line customers. Konecranes offers a number of Automated RTG (ARTG) systems for greenfield and brownfield RTG-based container terminals.

Built around the manufacturer's 16-wheel RTG, the system has a "unique ability" to tolerate rough yard surfaces The standard RTG system from Konecranes comprises a complete package of truck guidance infrastructure, a Remote Operating Station with a specially developed GUI, and also an IT system that interfaces with the customer's Terminal Operating System (TOS).

This is said to cope with the wide range of surface variations inherent in RTG container yards and also, the variations that are inherent when a crane of this size runs on rubber tires, explained the manufacturer. 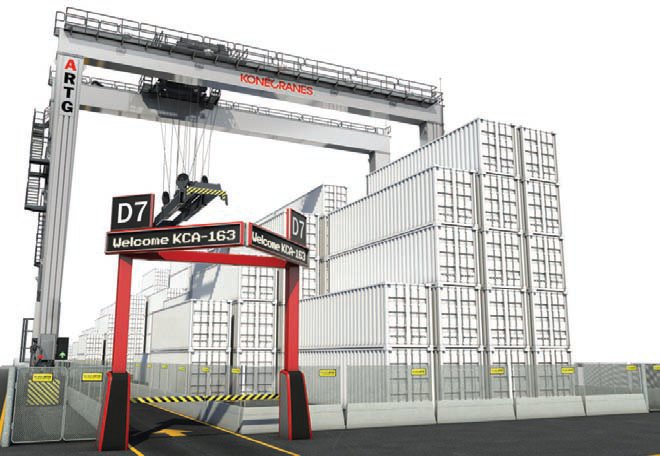 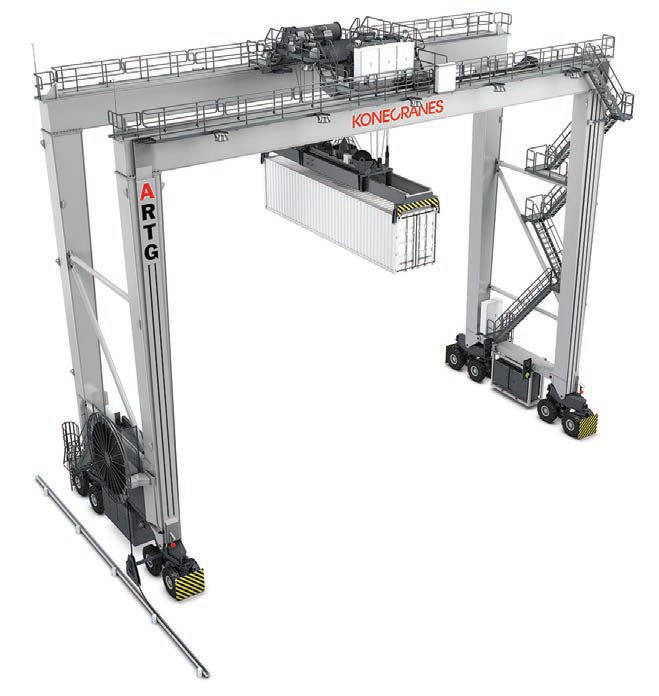