Arbil: 50 years in the making

When chairman Raymond R. Bills founded Arbil Lifting in Wolverhampton back in 1963, a global business operating out of modern premises across the UK was probably a pipedream. Now, 50 years young, Arbil is celebrating this major anniversary but Bills and his company have no plans of slowing down.

Arbil Lifting opened its manufacturing doors back in June 1963, trading initially under the name Raymond R. Bills (Cradley) Ltd. This business specialised in servicing lifting gear and specialist jacking equipment to a range of local industries, as well as supplying chain and marine fittings to chandlers in the South West.

Starting out as a self-employed individual, the company's founder, Raymond R. Bills, quickly expanded the team to include a number of site maintenance engineers, who worked out of the company's first site in Wolverhampton.

The company was also amongst the first in the specialist lifting gear industry to venture into the hiring out of equipment; with the hire department that began in the mid 60's still thriving today from its own bespoke premises in Lye and through the regional branches.

Today, after being incorporated as Arbil Limited in 1996; Arbil Lifting has expanded to five fully owned sites, including two in Lye, where its head office is located, one in both Cradley Heath and Coventry and one site in Bristol to service its southern based customers. Arbil Lifting now boasts over 70,000 square feet of manufacturing, warehousing and distribution space, and exports throughout the world.

Raymond R. Bills, the founder of The Bills Group, looks back fondly at the past 50 years. "When I set out in business back in 1963, I could not have imagined how far we, and the lifting industry, would advance over the subsequent 50 years," he says, "Of all the investments made during the last five decades, none can compare to those in the people who have, and still work for the organisation. This milestone gives me the opportunity to express my sincere thanks to all my fellow workers, customers and suppliers."

The doomed luxury steamship, RMS Titanic, set sail from Southampton on 10th April 1912 destined for New York. However she never arrived. Her sinking on 15th April 1912 after hitting an iceberg is one of histories most notorious events. Built in the UK; with many of the ships parts, including the famous anchor developed in the Black Country, local residents and councils wanted to honour this iconic ship by recreating an exact copy of her anchor, televising it in a documentary on Channel 4 and finally putting it on display in Netherton; the town the original anchor was forged in.

With more than 16 tonnes worth of anchor to be displayed, supporting the anchor would not just be a simple task of propping it up. The local council took the decision to mark the occasion of the replica anchor being created, with a public display; with the anchor travelling the reverse route it took in 1911, from Netherton to Dudley.

Channel 4 was made aware of the event and it showed great interest and featured the occasion in a documentary. A1 Rentals was contracted the job of moving the anchor from Dudley and then arranging its display in Netherton. This was when Arbil was contacted.

Andy Towns, general manager at A1 Rentals explains: "We have been a customer of Arbil's ever since our business came into existence, often using them for hire purposes. As initially the anchor was only to be temporarily on display in Netherton we decided to hire 50 tonne jacking stands from Arbil to support and hold the anchor on display.

"We ourselves only received just over a week's notice of the details for this job, so we were really up against it in terms of time. This was when we got in touch with Brian at Arbil and he quickly designed and turned around a support to bolt to the jacking stands to hold the anchor in its temporary home"

After the initial public display and use in the documentary the council took the decision to store the anchor at the Black Country Museum. However, after reviewing just how much attention this replica anchor had gained; the decision was made that it should be on permanent display.

A1 rentals was then contacted again for its services to undertake this. Andy Towns explains: "After discussing the requirements with Arbil we came to the conclusion that a bespoke stand would be more appropriate and also more cost effective in the long-term than the previous jacking tool solution. We were confident that Arbil could turn this round for us in the limited timeframe we were given." Due to the turnaround time, Arbil set to work quickly. Initial drawings were produced of the stand design, which had to be approved by the council's engineering department as they had commissioned this job. Once approved, work then got underway.

Brian Timmington, Arbil's General manager of manufacturing and engineering commented: "As soon as the anchor arrived in Dudley for the initial display and documentary, we went straight to site to take detailed measurements to develop the original support stand for the jacking tools to precision accuracy. As we already had these measurements from the first job, it meant we could set to work straight away once the need for a permanent stand arose.

"The permanent stand was developed out of solid steel with a triangular groove in the top for the anchor head to be placed in. A1 Rentals had inserted a metal support under ground where the anchor was to be displayed and our stand was to be bolted into this. A1 Rentals had also arranged for a mobile crane to lift and place the anchor on the day of the move."

Towns concludes: "Due to the fact that the first job was part of a public event and was due to be televised; there was no room for error on either the job itself or delivery time.

"We were impressed by how quickly Arbil turned this around, the quality of workmanship and the professionalism of all those involved. 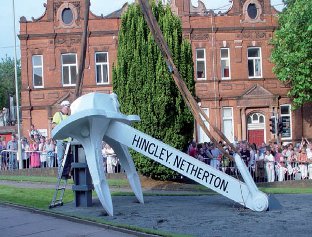 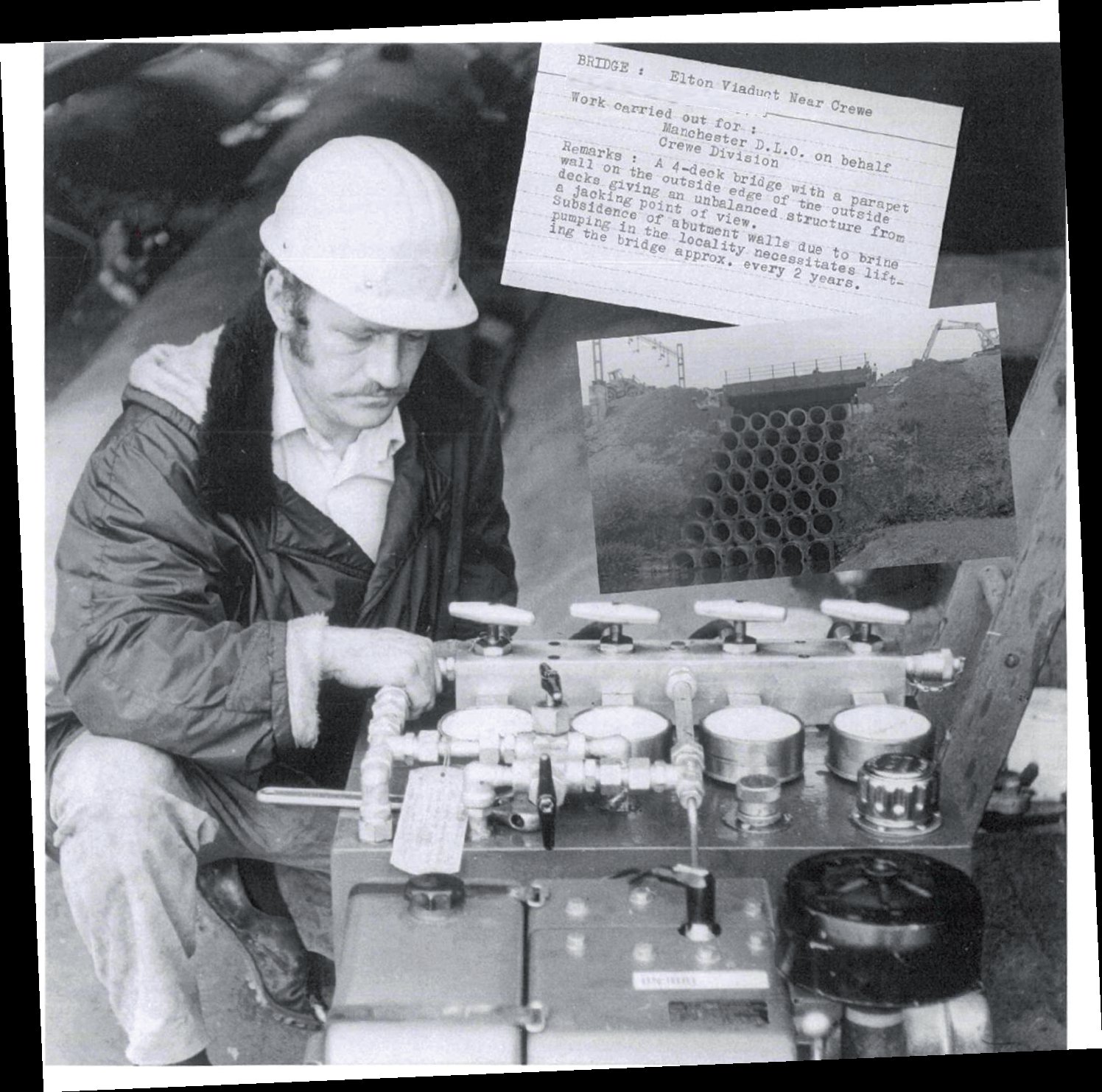