A change for the better?

For over a decade Latin American markets have undergone many reforms in their free trade agreements with other regions such as Europe, Asia and North America, resulting in economic growth that has affected the way each country manages its ports and highlighted the importance of their ports in the development of their economy. Efficient ports mean rapid transit of the merchandise from the port to the merchant, resulting in low cost of storage and consequently a cheaper price of the product to the end customer.

Since the early 1990s, ports in Latin America have undergone changes in port governance and operations but the real catalyst for major change was the 2006 with the approval of the Panama Canal expansion when the major port changes started in Latin America. Challenges to further development include funding and improvements in infrastructure.

This is something that leading firms such as Kalmar, Terex and Konecranes know well as they continue to offer hoists and cranes to ports throughout the region. Kalmar, part of Finland's Cargotec, says that the company's biggest markets in the region are Venezuela and Colombia (see Q&A) along with Brazil, Peru, Chile and Argentina. Regional sales manager Emilio Martinez says that the most popular products are the reach stackers for which the company claims to be regional leader.

Its RTG cranes are also very popular and this month (June) the firm is set to supply a further 15 of its Kalmar E-One² rubbertyred gantry (RTG) cranes to Bolivariana de Puertos (Bolipuertos), Venezuela in a deal worth Euro 20 million. The deal follows an earlier order from the same customer for Kalmar port equipment received in March. "This is another important order for Kalmar in Venezuela within a short period of time," says Ingo Erhardt, Vice President and Head of South America at Kalmar. "I am very proud of the trusted relationship we have built with our customers and the continued success we have delivered in the market throughout the years."

Erhardt says that the orders were placed after key Bolipuertos people visited a number of Kalmar's terminals in Brazil to see the equipment in operation. "Our customer had the opportunity to conduct a thorough comparison and concluded that Kalmar RTGs provided the best solution to meet their operational needs." The 15 cranes, each of which has a 41t capacity, are destined to be delivered to Bolipuerto's La Guaira location in Venezuela during the first half of 2014. Bolipuertos ordered the cranes through construction contractor Teixeira Duarte, part of the consortium Consorcio TD-Mota- Proyecto Puerto de la Guaira, in Venezuela.

Purchased along with an extensive stock of spare parts, the RTGs have a lift height of 1 over 5 containers high and a span of 6 + 1 for excellent productivity.

Kalmar's E-One² has a variable speed generator that enables higher fuel efficiency than standard RTGs. It is an all electric concept without hydraulic components minimising maintenance requirements for which the maintenance interval for both crane and optionally for the engine is 1,000 hours.

In terms of port expansions there are many projects ongoing throughout the region requiring a range of lifting solutions.

Global lifting giant Terex has been supporting Brazil's Port of Chibatao in expanding its road connectivity. Located 1500 km from the sea on the Rio Negro River, one of the Amazon's most important tributaries, lies the port of Chibatao. Part of the industrial zone of Manaus, Chibatao is one of the largest privately owned ports in Latin America with one million square meters and 40 thousand twenty-foot equivalent units (TEUs) of static capacity.

Like Manaus, the Chibatao port has undergone significant expansion thanks to the industrial development of the region, but once again, its modern 450m floating pier needed expansion. That's where Tomiasi Logistica Pesada and its three Terex all terrain cranes came in to support the scheme.

The existing pier can currently serve up to four vessels with drafts ranging between 12 to 20 meters and is connected to land by a bridge that is partly floating and part supported by pylons. The expansion project involved adding an additional lane to the bridge that connects the pier to land. This then involved positioning prefabricated bridge sections that were transported by barges. For this to take place, the cranes were set up on barges, too. "Tomiasi is located not far away, on the amazon river, so to ship the cranes, we just put them on a barge, fully loaded. It only took 40 minutes to ship it and one hour to have them ready for work," says Jander Roque, sales analyst at Tomiasi. "The difficulty is that we had to perform a triple lift with cranes on barges.

The bridge sections were also transported by barge and positioned close to the cranes. Once there, Tomiasi's team of 8 people proceeded to rig and lift the load. "Operating from barges is an extremely delicate and precise operation. At Tomiasi, given our location on the Amazon, we are pretty experienced, but it never ceases to be a challenge," says team member Enoque Neto. "In these operations, load monitoring is vital, that's why using three Terex all terrain cranes with IC-1 control system helps. We know the measures are precise and consistent across the cranes. With everything going as planned and no delays due to the weather we managed to complete the job in only five days."

Contractor Tomiasi Logistica Pesad is a member of the Grupo Chibatao. Situated in Colonia Oliveira Mechado in Manaus, Tomiasi links the most modern equipment technology with a team of qualified professionals. Its extensive portfolio of services includes heavy lifting, transport, container logistics and more.

Manufacturers Terex and Manitwoc have both extended their operations into Brazil in the past couple of years. Initially the firms are assembling their products using imported components but the local content is rising.

Manitwoc assembles the RT530E-2, the RT540E, the RT765E-2, the RT880E and the RT890E rough-terrain cranes, and Terex has started with its RT 555 model also known in the US as the "triple nickel". Terex had to move its operations after its original assembly plant was situated in its Porto Allegre road building business which was sold to Fayat in early 2013. Construction will now take place in a Demag factory.

Manitwoc meanwhile report a strong start to their operations at the new $75M Passo Fundo factory which began assembling in June 2012. In the past year the company sold 115 cranes into Latin America from the Brazilian base and will expand to supply Mexico and the Caribbean region this year which means sales of around 200. "We are also negotiating to get a part of Europe and Africa. We are manufacturing Tier 3 in Brazil and we decided to export to all countries that use Tier 3 engines. If we get the deal internally our capacity will increase to 270," says Luciano Dias, vice president for sales at Manitwoc Brazil. "We are discussing what is best for the company."

Thanks to the growing local content of the Manitwoc cranes buyers can now obtain low interest loans through the Brazilian Development Bank (BNDES). "We are now around 45 per cent. This means that 50% of the value of the crane is financed by the development bank. When we get to 50% they increase this to 70% and this will be a very good benefit for customers in Brazil," says Dias.

So far the company says that it has locally sourced components such as chassis, electronic components, tyres and counterweights. "The superstructure is still from the US as we have not found the right quality of steel yet. But we are working on that. We believe we can get to 60% by December this year," says Dias.

Next for Manitwoc is expanding operations to include tower crane assembly and then potentially truck mounted cranes. All of these plans and the growth underway are impressive considering that the past year has been difficult for Brazil which is about to undergo presidential elections which has delayed a host of construction projects. Dias says that this means growth this year will be limited to 5-10%. "But in 2015 demand and construction will be up and running again and we believe we are in very good shape to supply Brazil and other countries also." 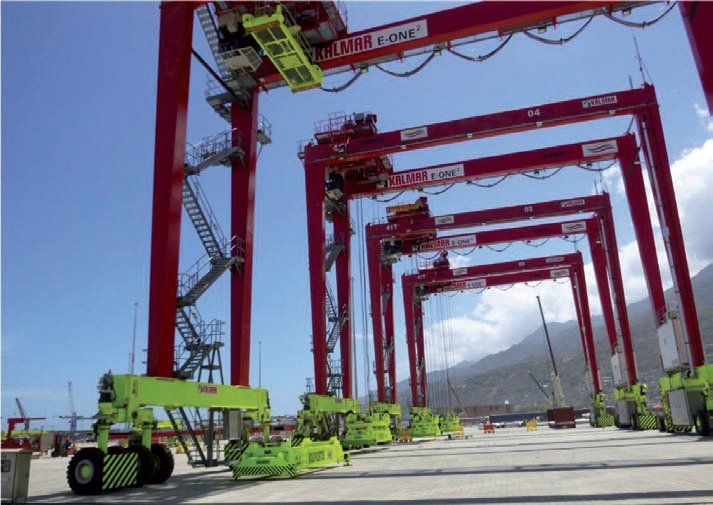 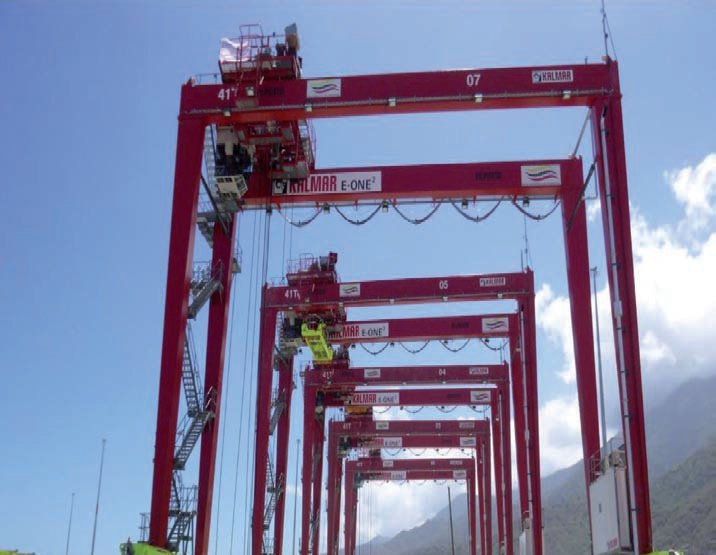 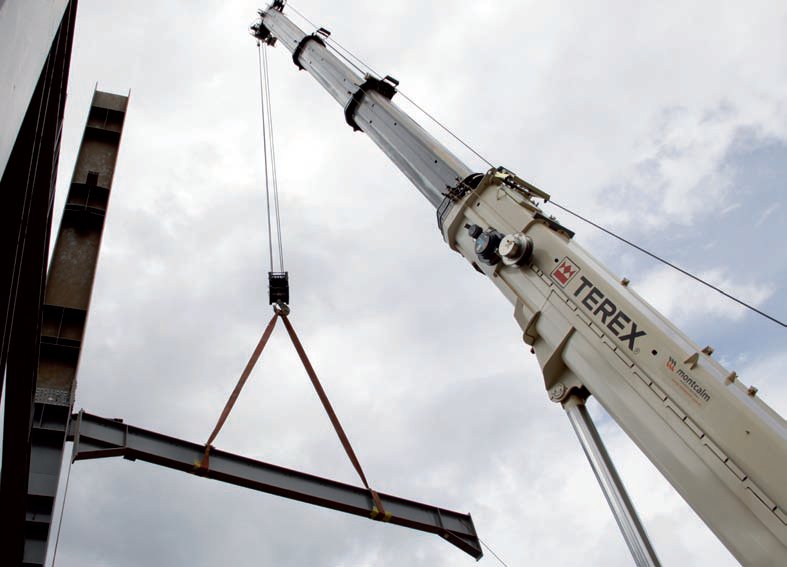 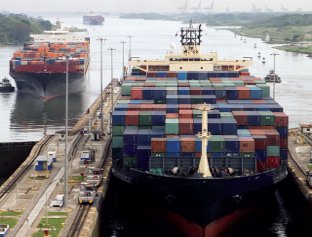 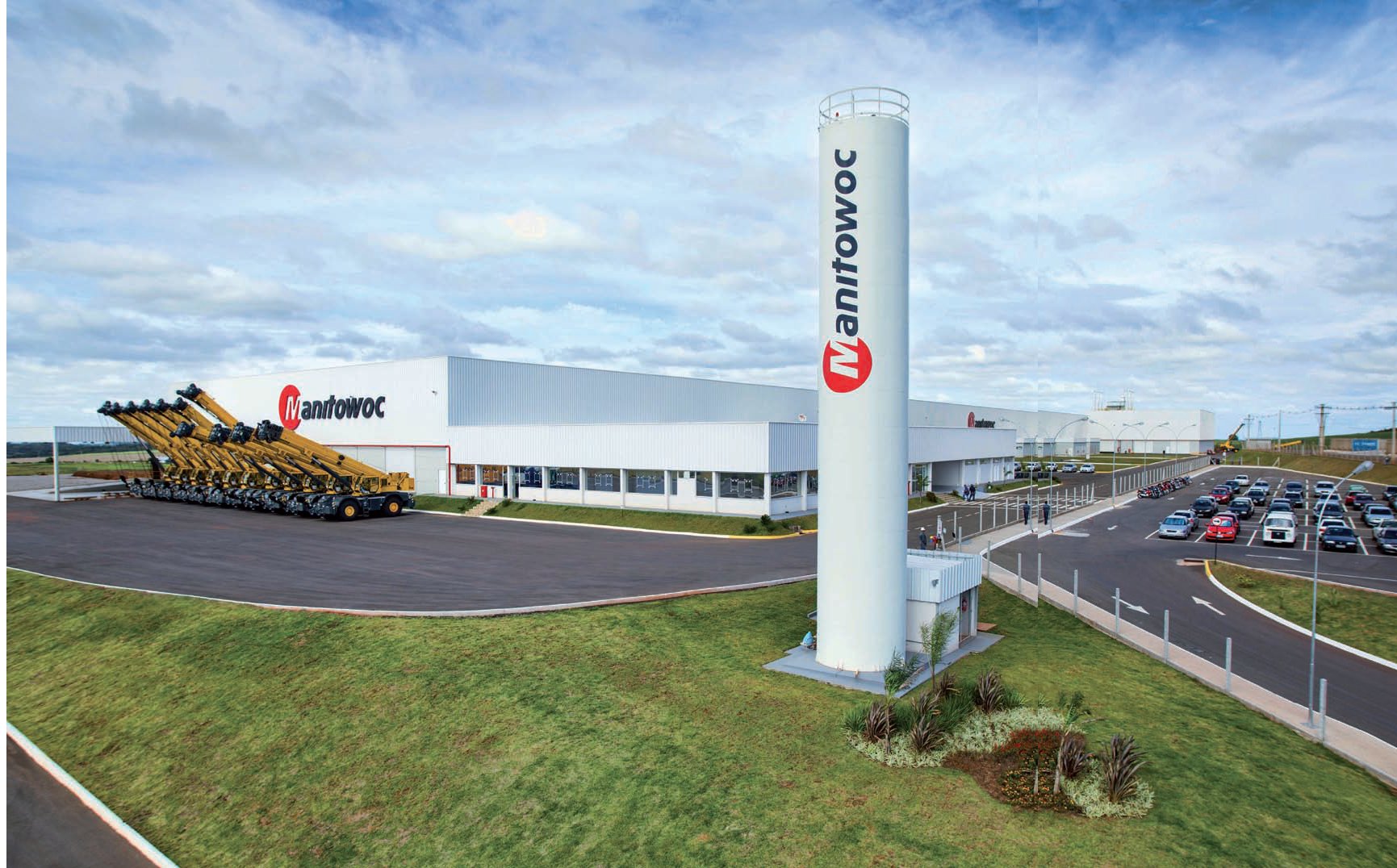