Virtually the same as training on a real crane

If you were at this year’s LiftEx show last month, held in Milton Keynes in the UK, you may have seen me waving my arms in front of me, apparently unable to see and possibly lost in the delusions of a fantasy world.

No, I hadn’t been rinsing my expenses account at the hotel bar—I was trying out a virtual reality headset at the Industrial Training International (ITI) stand, just round the corner from where we had the Hoist magazine stand.

It’s a remarkable experience. For someone who was brought up on computer games from the age of four in the mid-1980s onwards, I’ve seen graphics and processing speeds progress steadily but consistently, from eight-bit, seven-colour classic Chuckie Egg through to three-dimensional football games such as Fifa 99, then the huge worlds of Quake, Half-Life and so forth—if those names don’t mean anything, speak to your local nerd for more details. The virtual reality experience created for assisting training on cranes is more realistic and immersive than any game I’ve played, and it was both fun and, of course, ultimately much more useful than shooting a gigantic lizard from outer space.

Not to blow my own trumpet, but I completed the first task—positioning and lowering a load into a computer-generated drum—in just under a minute and a half, earning me a ‘star rating’ of four out of five. While that in itself may not prove my suitability for operating a real-life crane, the training courses offered using simulators—both those that use virtual reality headsets and those which use screen displays—can very much set someone up for operating a crane, and for passing the required examinations and tests beforehand.

In this issue you’ll be able to read a feature on these simulators, and how they’re changing the face of training. I spoke with some of the leading manufacturers, including ITI, about how relatively recent advances in processing technology, and reductions in the cost of such technology, have made simulators much more accessible and affordable.

This is great news for our industry as it means these training tools, which give a very similar experience to operating an actual crane but with a fraction of the associated costs, are a viable option for training schools, colleges, and many other end users too.

And, while I hope my article provides some useful information and background, I do recommend experiencing a simulator for yourself if you get the opportunity.

In next month’s issue, I’ll be reporting on some of the key developments and products launched at LiftEx. It was a really good show; as well as calling in at the exhibitors’ stands, we also had the Hoist stand where we saw some old and new faces, and introduced the magazine to new readers.

For now, though, I will just wish everyone happy holidays, if you’re having holidays where you are, and see you in 2020. 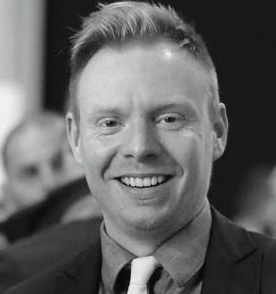