Lifting and rigging equipment supplier Van Gool has marked a year since installing a 350t capacity calibration rig at its facility near Amsterdam, Holland.

The machine, which tests force measurement equipment in tension and compression, is part of a fleet that includes 5t (clamp on-line tensile), 35t (dynamic), 50t (compression), 55t (tensile), and 100t (static tensile) testing machines. The largest was chosen based on its compatibility with UK-based load cell manufacturer Crosby Straightpoint’s extensive range of products that Van Gool distributes to the Dutch market.

Calibration is the correlation of the readings of an instrument to check accuracy. Load cells—the wireless Radiolink plus is Crosby Straightpoint’s most popular product—are calibrated upon manufacture or distribution, and recalibration is the periodic repetition of that process.

The majority (98%) of tests carried out with the newest machine have been on Crosby Straightpoint products, while Van Gool continues to receive load cells and shackles that have been calibrated at the Hampshire manufacturing facility in southern England.

“The rig is extremely accurate, which we knew it would be, but we have probably used it even more than we expected—with demand coming from across Europe. We believe we remain the only lifting and rigging company in the world to have calibration capacity up to 350t, other than dedicated testing laboratories,” said Pieter van Duijn, commercial director, Van Gool.

The vertical universal machine is accurate to Class 1 and is designed to test standard industry size load links and compression cells to 350t. All calibration units are third-party calibrated by Holland’s NMi, an independent specialist in the sector, to ISO 7500-1:2015, which specifies the calibration and verification of tension / compression testing machines. Tensile load cells are calibrated in the lower section and compression load cells in the upper part of the frame.

The machine is designed using dimensions from Crosby Straightpoint’s load cells, ranging in capacity from zero to 350t, but additional load pins and reducing bushes were included to house a much broader range of load cells. The Enerpac hydraulic ram is a standard double acting, 700 bar item that is controlled using a 230v, single phase, electric pump with a fine control valve. In use, the load application is gradually increased using that control valve until test completion.

“We expect the calibration side of our business to continue to grow, and we will update and expand the fleet in line with demand. We have a good relationship with Crosby post-Straightpoint acquisition and are excited by recent innovations, including ChainSafe, a product for protection of cargo during transport. Business remains generally positive, despite the pandemic,” added Van Duijn. 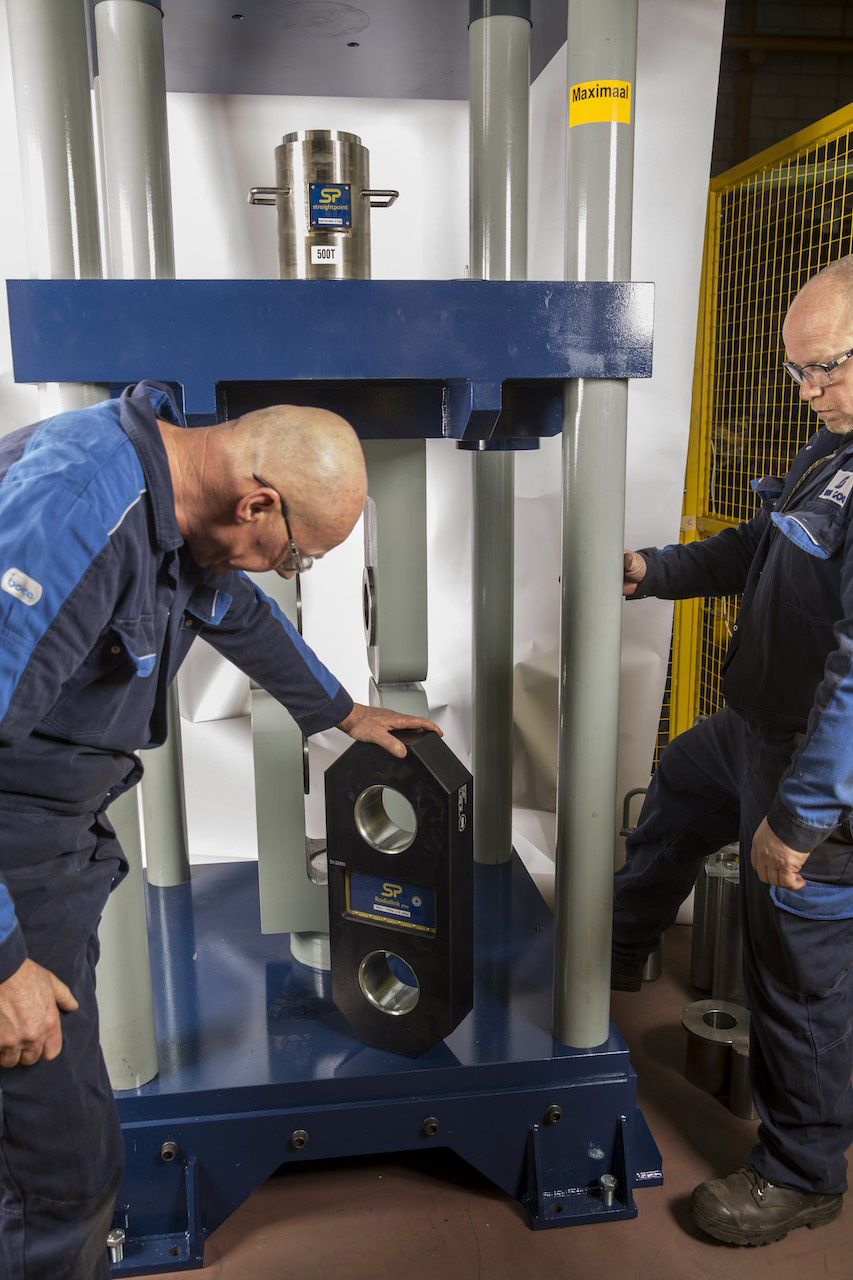