Despite high resource potential in Djibouti, only half of its population has access to electricity due to lack of access and the high cost of power and interruptions.

In line with the commitment to deliver cleaner, more reliable and affordable energy in Africa, Siemens Gamesa Renewable Energy (SGRE) has sealed a contract to build the first renewable energy installation in Djibouti.

The new 59 MW wind farm will almost double the country’s current installed power generation capacity, help reduce the cost of electricity, improve energy independence and decrease the country’s CO2 emissions. The farm will be built on a 395-hectare site, near the Goubet cove in the Gulf of Tadjoura, Djibouti and will consist of 17 of SG132 (3.4MW) wind turbines.

Mammoet Djibouti, the regional office for Mammoet’s Horn of Africa and East Africa operations, has been contracted by SGRE to offload and assemble 17 wind turbines, these consisting of 68 towers, 51 blades, 17 nacelles, drive trains and hubs.

For the discharge on site and the installation of tower sections 1 and 2, Mammoet provided several cranes, ranging from 60t to 1,200t capacity. For the installation and assembly scope, Mammoet positioned Liebherr LTR 11200 telescopic boom crawler crane, purposely built for erecting of wind farm turbines, along with the support of Tadano ATF 220G and Terex A600 hydraulic cranes. For the offloading and pre-assembly of the T1 and T2 sections, the team utilized 400t Liebherr LTM 1400 for it’s manoeuvrability and flexibility along with ATF 110G hydraulic cranes.

“It is fantastic to have been given the opportunity to work on Djibouti’s first wind farm project. Recognising our track record globally, the client was confident that the Mammoet team can deliver despite many challenges, such as border closures due to pandemic and specifically when it comes to remote locations such as these,” said Chase Minnaar, general manager, Mammoet Djibouti.

“We are proud to contribute to the project that supports the transition to a more sustainable future of the Republic of Djibouti and the entire region."

Scheduled to be commissioned in 2021, the Goubet wind farm, part of Djibouti’s expanding national renewable energy development programme, will allow the 940,000 population of Djibouti and its key industries to strengthen its electrical independence and economic development. 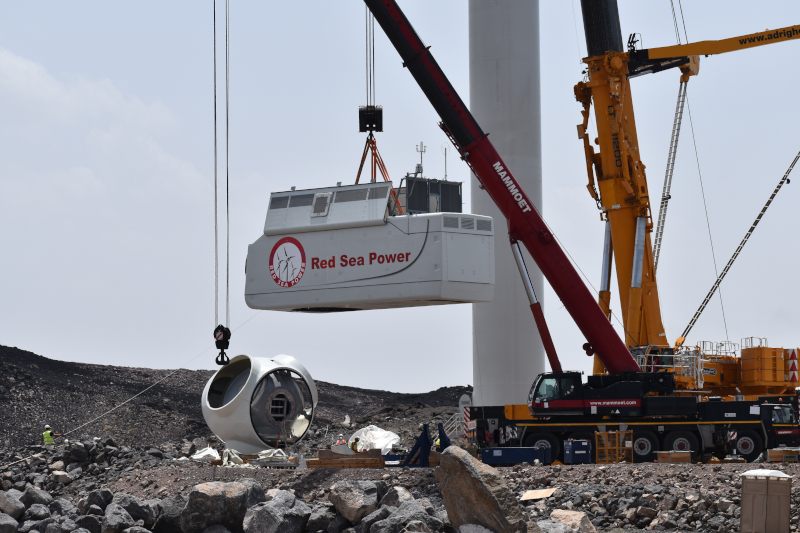 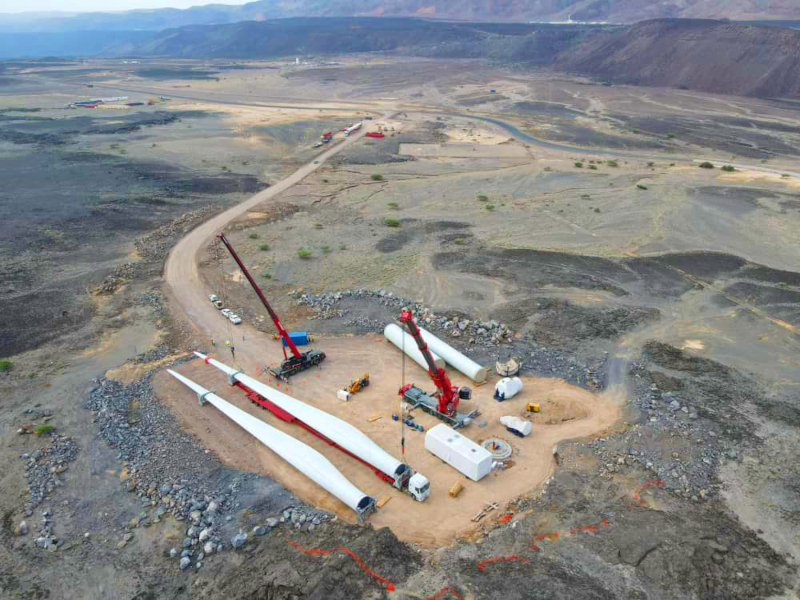 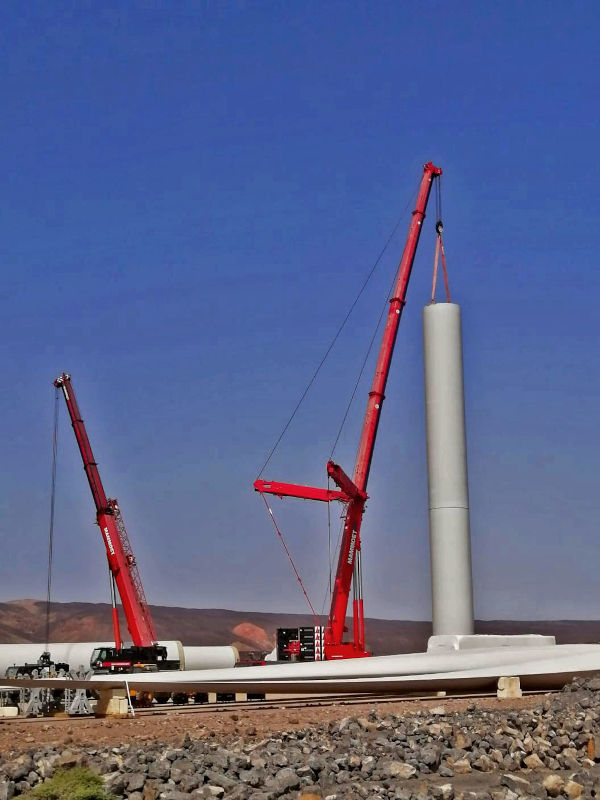