The Information Technology for European Advancement (ITEA), part of the EUREKA cluster program, a Europe-wide research and development initiative, has awarded the Konecranes-led research project OPTIMUM with a Special Award of Excellence in all three nomination categories: Innovation, Standardization and Market impact.

The project consortium has implemented and validated the numerous technical artefacts and results in 15 demonstrations in four countries.

Cranes, robots and autonomous driving vehicles were equipped with new assistance functions, such as ordering the machines to come to the operator or to go to a specified spot, as well as having a machine follow another. These functions can reduce assembly times in semi-autonomous processes, supporting more efficient resource utilization.

OPTIMUM achieved further successes in standardization. The project partners actively drove the development of a global uniform OPC UA (Open Platform Communication Unified Architecture) specification for cranes and hoists, which was evaluated as part of the OPTIMUM project.

“The outcome of this project exceeded our expectations by far. The findings list eight patent ideas, and national patent approvals have already been provided for three of them. In addition, a total of 12 new full-time jobs were created and 43 university papers were successfully completed by the consortium partners involved in the project. Above all, however, we have discovered ways to improve the competitiveness of the relevant industries even further,” says project lead Anja Fischer at Demag, part of Konecranes group.

Technological leadership is at the core of Konecranes’ operations, allowing the development of solutions for continuously evolving customer demands, and driving our positive societal impact. Our innovations create customer value and contribute to making material flows more sustainable, efficient and safer. The work is conducted independently, with start-up partners and through projects such as OPTIMUM. 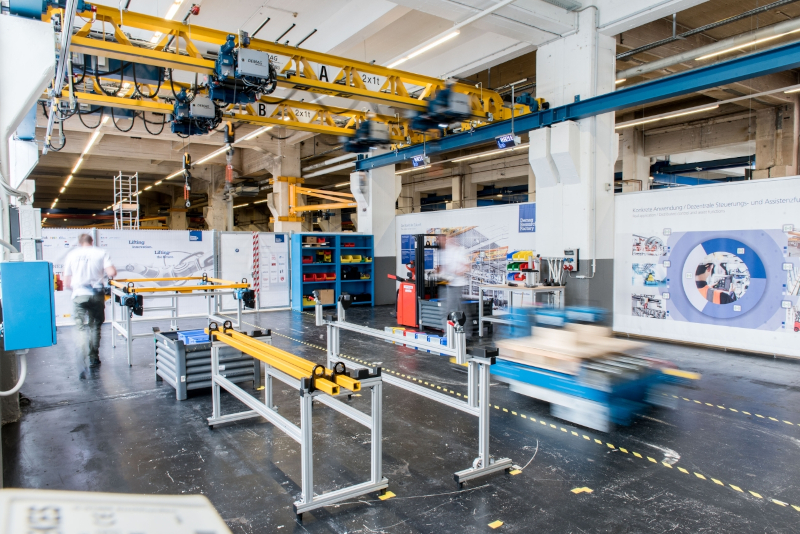