Walking the aisles at CeMAT Asia in Shanghai this week (the show runs 27-30 October) represents an opportunity to gauge how (if) the global economic crisis is dampening a market that has skyrocketed in recent times.

The last time I was there was in 2007 and while the jury is still out as to whether the show should be staged every 12 months, at least it gives westerners a chance to catch up with developments in a growing marketplace with the credit crunch tightening belts back home.

The British Broadcasting Corporation (BBC) quoted the Confederation of British Industry (CBI) recently, saying the slowdown is now spreading to many parts of the economy, and manufacturing is hard-hit.

"Falling demand for UK-made goods and a drop in output has caused the sharpest single-quarter fall in manufacturing confidence in 28 years, a survey says," according to the BBC.

In the past three months, 16% of firms had seen a rise in new orders but 46% said they had fallen, the CBI's Industrial Trends survey says.

It also found orders for UK-made goods had declined at their fastest rate since 1999 as domestic demand fell.

The drop in new orders was largely due to weaker domestic demand, which recorded its sharpest fall since 1992.

The slowdown in the UK economy is now spreading to sectors previously resilient to the weakness in the banking and housing markets.

You can read the BBC's full article on this at the link below.

It'll be fascinating to draw comparisons between China and the UK this week. I'll report (in words and pictures) from the show floor in the November issue. 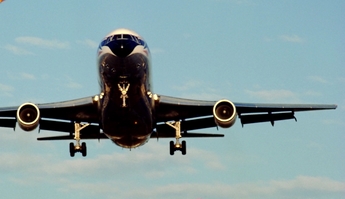 A further sense of the global state of the overhead lifting market will be gained in December when group sales manager Mark Bridger and I will represent Hoist at CeMAT India in Bangalore.

Hoist will exhibit for the first time at the second CeMAT India show, which was launched in 2007, at the new Bangalore International Exhibition Centre (BIEC), 10-13 December.

According to the German Office for Foreign Trade, the Indian logistics market is experiencing annual growth rates of 20 to 30%. By 2015 the market is expected to reach a total sales volume of EUR140bn.

Due to India's deficient infrastructure, logistics costs are very high in comparison with other countries, accounting for between 12 and 14% of the country's gross domestic product. In recent years, Indian managers have become much more aware of the importance of having a highly functional logistics system for entrepreneurial competitiveness.

Naturally, I'll report from the show floor in Bangalore in due course.