The overall project from planning to execution was managed by Kabelschlepp Metool which used an international team to install the cable carrier within the specified ten-day timeframe.

Changing the cable carrier on a port crane is always a challenge, made even more challenging for the Kabelschlepp Metool project team in this case by the short time window available.

The team developed a solution based on a heavy-duty cable carrier from the TKHD series. Roller supported chains prevent unwanted expansion on the extended travel lengths and, thanks to adapter consoles, it was possible to use the original hole distances for installing the new cable carrier system. Driver arms with floating moving devices compensated for unwanted movements of the cable carrier during operation to ensure optimum transfer of the cable.

“In close cooperation, we were able to develop a system that is now running as stable and constant as expected,” explains David Avice, project manager, crane department at Manzanillo International Terminal. “We are very satisfied with the process and the result of this project.” 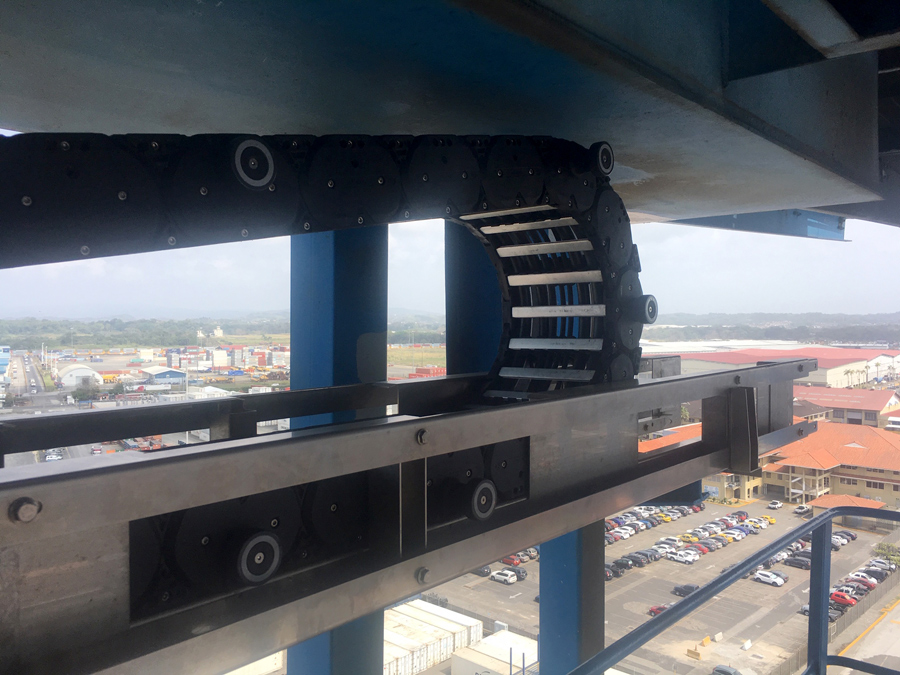