Penny Hydraulics offers equipment ranging from cranes and lifts for commercial vehicles to mechanical handling equipment for the nuclear industry.

The new site, includes a warehousing facility, a production facility and an office building to accommodate the expansion of the company’s design, sales and marketing functions.

A series of ‘green’ improvements to existing facilities were carried out, including the installation of a new compressor, LED lights, solar panels, new computers and screens, the implementation of waste management controls, and solvent recycling. These improvements allowed Penny Hydraulics to build on their effective environmental management system in accordance with the latest environmental standard ISO 14001:2015.

“The £2m investment in our site will support our future growth and therefore makes commercial sense in the long-term,” said managing director Robin Penny. “Importantly, many improvements that we’ve made will mean that our operation will make much less of an environmental impact too.”

The company said the new line of over 470 hydraulic vehicle mounted cranes added to the existing crane range has also played its part in the sales growth.

“Sir David Walker is a close friend and supporter of the business—he opened our original factory and office building on this site over 20 years ago and we were honoured to have him here once again to officially open the new Southgate Building.” said Penny.

The new ‘Southgate Building’ was named after Southgate Colliery, which was once sited directly under the new facility. 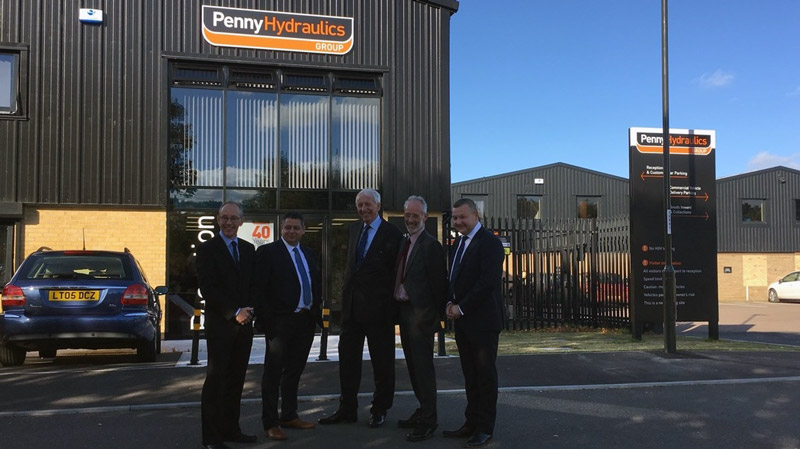