CPA was contracted to integrate it with 67 separate bridge cranes that vary in capacity from 34 tons to 40 tons and cover three million square feet.

“It was a voluntary upgrade. The bridge egress platforms were not previously equipped with fall protection. It’s not that the [safety] codes changed; the owner wanted to no longer require that workers be tied off. Maintenance personnel work at height to perform routine upkeep, such as greasing bearings, changing gearbox oil, and replacing the hoist wire rope. Crane operators access the bridges via catwalks and only use the egress platforms if the bridge or cab breaks down—or if there is an emergency,” said Richard Phillips, mechanical engineer, CPA.

According to Phillips the crane bridge spans vary between 100 ft. and 150 ft. Lift heights are all approximately 67 ft. A low-weight solution was needed to not structurally impact the bridge and rail system.?The CPA net frames offer the added benefit of allowing workers to see through them. A solid platform would have also been considered a working surface, which would have still required additional guarded edges for fall protection. The system was tested by dropping a 400-lb. sand bag from a height of 55 in.

The old half had much shorter bridge bumpers and the net frame was designed to overlap from an adjacent bridge so the bridges could still go bumper-to-bumper. No two net frames across the factory were the same because conduit, junction boxes, lacing, and as-built egress locations varied from one bridge to another. 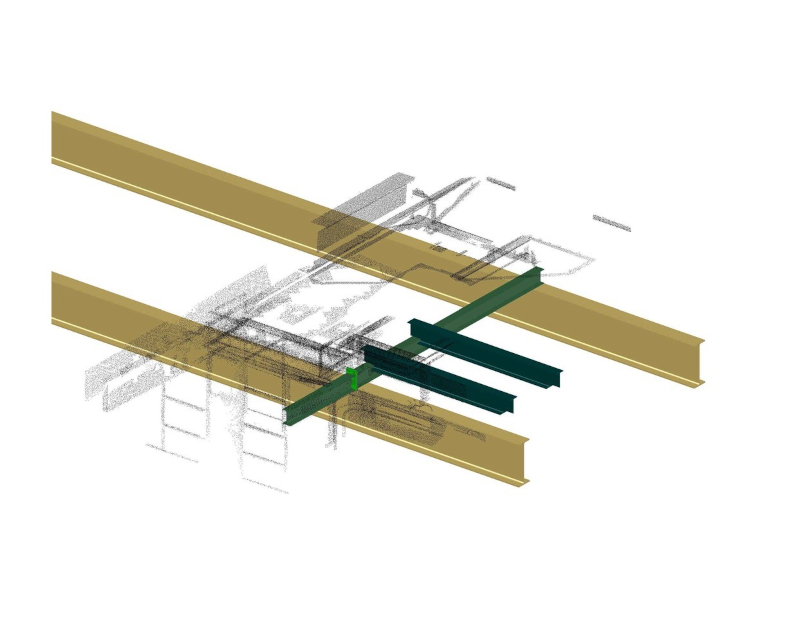 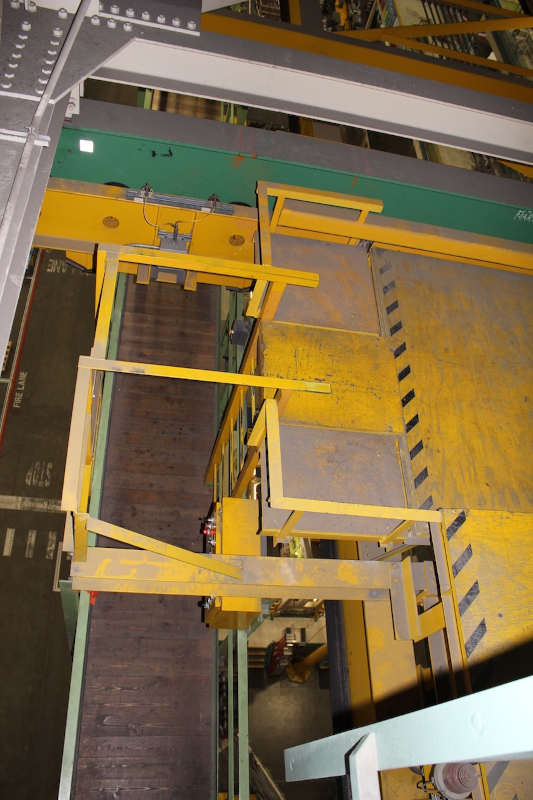 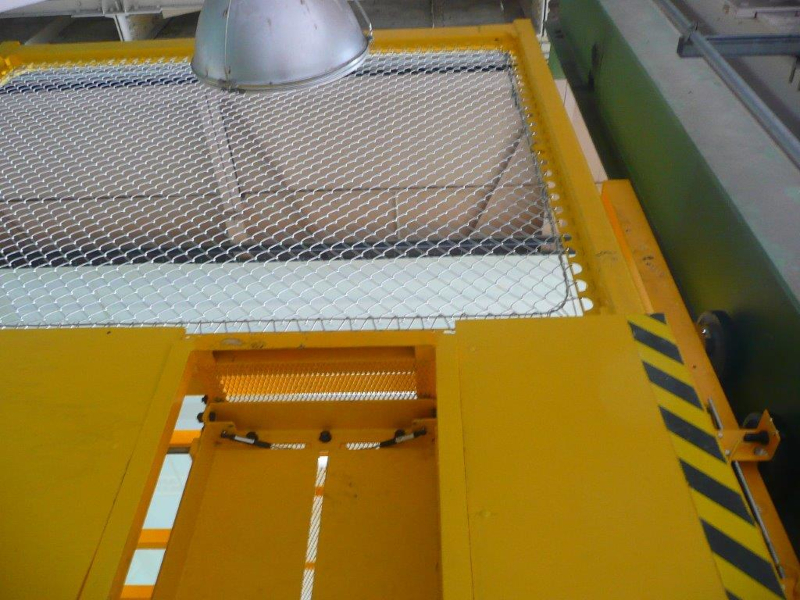